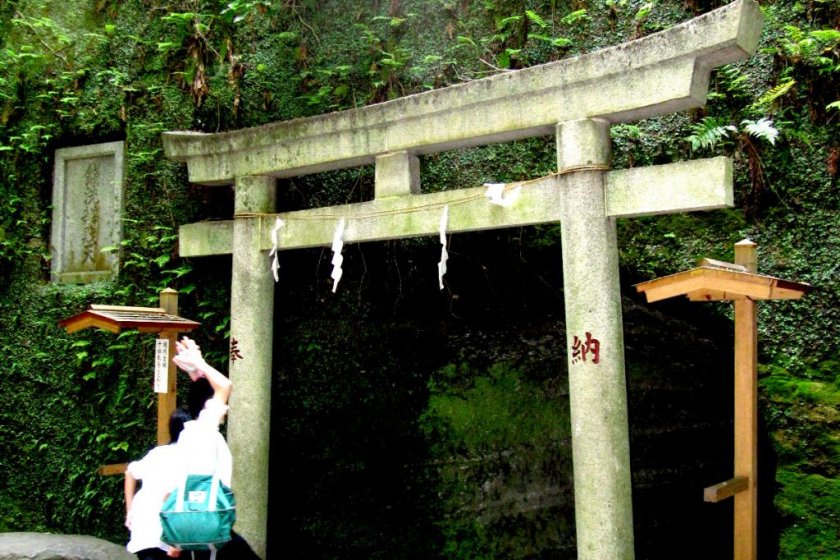 Into the rabbit hole (Photo: khuma)

Forget the lottery—if you’re down to your last measly yen and you’re not so hot at predicting the stock market, you may want to bring a couple of bills over to what could be described as a celestial ATM located in western Kamakura. Zeniarai Benten Ugafuku Jinja, commonly referred to as Zeniarai Benten, is a shrine famous for its natural springs where you can wash your money in the hopes that your monetary wealth will multiply. The catch is that said wealth supposedly only increases after spending the cash that you just washed—economics at its finest.

Legend goes that in 1185, Minamoto no Yoritomo, Kamakura’s shogun at the time, had a dream about a Shinto deity called Ugafukujin in the hour, day, month, and year of the serpent. Ugafukujin, who is typically depicted as a snake with a human head, or as an old man with a snake coiled around his body, instructed Yoritomo to perform a ritual at a preternatural spring in order to bring about peace in the land. Yoritomo discovered the spring and later built a shrine dedicated to the snake god there. Ugafukujin was then combined with the Buddhist goddess Sarasvati, or Benzaiten, whose claim to fame includes killing a three-headed snake (how this meshes well with Ugafukujin who is basically half-reptile, I’m not quite sure). This makes Zeniarai Benten one of the few syncretic places of worship in the country, syncretism being the practice of combining two contradictory sets of beliefs together (which every religion is undoubtedly guilty of, but I think it’s still pretty rare in ancient ethnocentric Japan.) The trend of making a pilgrimage to Zeniarai Benten in order to wash money was added only later in 1257 when a regent of the Kamakura shogunate urged the public to follow his example of zeniarai, or coin washing.

There are two ways of getting into Zeniarai Benten—one is going through the main entrance, which is a tunnel that leads up to a series of crooked, wooden torii. The shrine is literally encased and surrounded by rock—it’s located in what used to be a kakurezato or hidden village, which probably explains the enclosed surroundings. The other entrance is near the back of the shrine where several stone torii lead you up to a narrow mountain path. This trail winds around the shrine and lets you out a little further up the slope where the entrance of tunnel is located, but while it’s always less crowded, the passageway is steep, rocky, and from personal experience, quite dangerous, especially after it’s rained.

When you walk into Zeniarai, the area is hazy with bluish smoke and you immediately hear the sound of coins jingling, gongs clanging, and mothers reprimanding their children that they’re to pray before rushing off to wash their pocket money. The spring is located in a cave and the first thing you notice is that the stone floor is drenched and that the ceiling is decorated with at least forty strands of colorful senbazuru (a set of a thousand paper cranes). When you get to the spring, it’s not so much washing than pouring a ladleful of water over your money, which you place in one of the small, bamboo baskets provided. Afterwards, you’re expected to air dry your paper notes and wipe your coins yourself, so don’t forget to bring a handkerchief (and don’t use the candles to dry your bills, as someone always attempts to do).

After washing my money, I usual pay a visit to each of the five small shrines that surround the main shop and encircle the perimeter. Besides your usual paper talismans, silk omamoris, and animal amulets, the priests here also sell numerous oblong cardboard crates that you can find in any dairy corner at the supermarket. Although I’ve never seen anyone actual buy them, you’re able to purchase five eggs to offer at each of the five altars. My favorite altar has a koi pond that has a small bridge you have to pass over in order to get to the shrine; I find this particular one very cool even in the middle of the summer because of the surrounding foliage, and it’s very relaxing with the water striders and carp swimming nearby. There are also several benches as well as a roofed rest area where you can enjoy your boxed lunch, or buy something at the small family-owned souvenir and snack shop. I always end up buying a bottle of ramune for the road, but there’s also sakura and green tea ice cream, mochi, sushi, and an array of other sweet and savory treats. There’s always a crowd of kids looking at toys in the shop though (I had a hoard of elementary school kids on a field trip during my last visit), so come prepared to possibly shoulder your way through.

I find Zeniarai Benten to be the epitome of your local, neighborhood shrine—they have a bonfire during the winter where everyone, mostly men, huddle around as they wait for their wives and girlfriends to finish souvenir shopping, people hide from the priests and smoke despite the no smoking sign plastered to the wall, and there are always a couple of dogs in silly outfits loitering around while their owners attempt to dry their bills with candles. It’s the perfect shrine to walk to during a lazy afternoon. 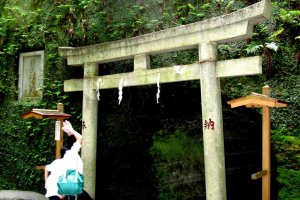 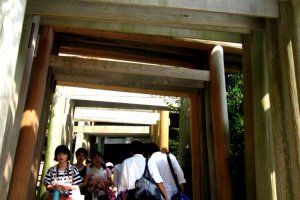 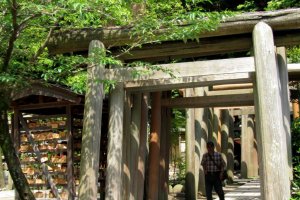 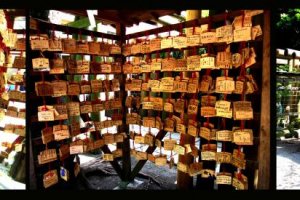 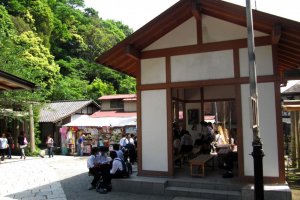 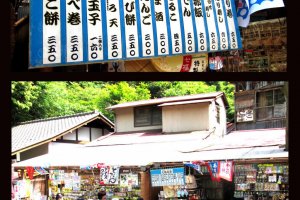 Jessica A Paje 9 years ago
What a great article! I appreciate the detail. We got lost the first time we looked for this shrine. So, we plan to give it another shot this Spring!
Reply Show all 0 replies
1 comment in total