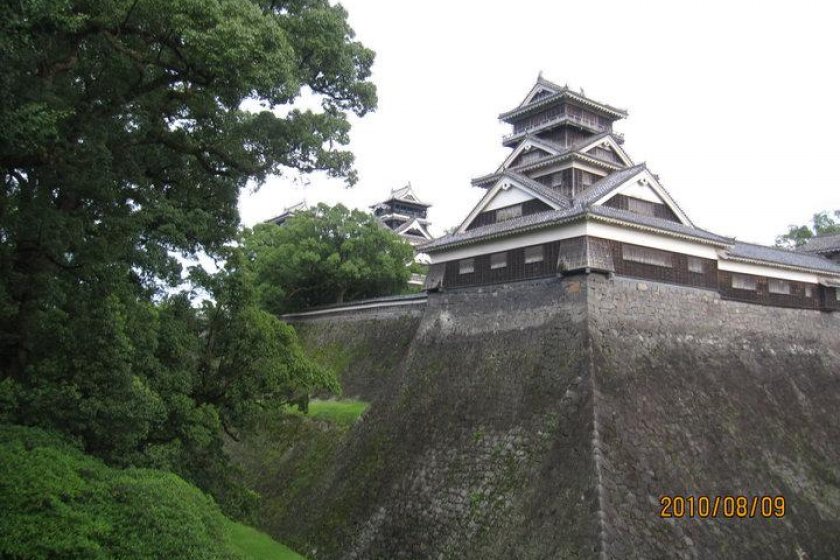 One of the Best: Kumamoto Castle

If you are in Kyushu, Kumamoto Castle is one place you absolutely must visit. It is considered one of the three premier castles in Japan (the other 2 being Himeji Castle and Matsumoto Castle). And with grounds that stretch for a mile east to west and three quarters of a mile from north to south, and with the castle tower and foundations rising nearly 100 feet above the central bailey, it is one of the largest castles as well.

Fortifications made by ruling samurai clans have existed on the present day castle site since 1467, but it wasn’t until after the Battle of Sekigahara and the subsequent unification of Japan under the Tokugawa Shogunate that the present castle took shape. For his loyalty and valor in combat, Kato Kiyomasa, a ranking member of the Tokugawa court, was granted a fiefdom in what is now Kumamoto Prefecture in 1588. From 1601 to 1607, Kiyomasa had Kumamoto Castle’s existing formations modified. These modifications included no less than 49 turrets, 18 turret gates, 29 smaller gates and 120 wells. The whole complex once measured 5.3km around. The Honmaru Goten Palace, the great hall of the castle and the residence of Kiyomasa and his family, was completed in 1610, and sometime later, a second tower was added to the main keep tower. Both structures have wells and kitchens and places where the lord of the castle or their families might live and work in the event of a siege.

Kumamoto Castle passed into the hands of Kato Kiyomasa’s son when Kiyomasa passed away in 1611. Control of the Castle was turned over to Hosokawa Tadatoshi in 1632 and the Hosokawa clan retained control until the Meiji Restoration period. In 1877, the rebelling armies of the Satsuma (present-day Kagoshima) Samurai laid siege the forces of the central Meiji government who were stationed at Kumamoto Castle. The tower and several other buildings dating from the 17th century were razed during the fighting, but the strategically built stonewalls prevented the rebels from taking the castle.

After getting off the city tram at the station I was instructed to get off at, I sprinted in the direction of the castle, not knowing whether or not I’d still be allowed to go in. My first view of Kumamoto Castle, the main tower and the Uto Yagura Turret just stuck up above some trees ahead of me, lit up a boyish enthusiasm in me and I took off running without really thinking about where I was going. My haste meant that I walked a good distance around the castle’s exterior to find an open gate, but it did give me the chance to see and appreciate the massive size of the stone walls. Once I found an open gate I followed the path up through yet more massive walls before coming to the gate to the main bailey. Visitors have to pass through a long underground corridor under one of the guard houses and the palace before coming up in the main circle in the shadow of dual-towered keep.

Kumamoto Castle’s tower was reconstructed in a historically sympathetic and accurate way in 1960. The pictures and artifacts it houses are interesting to look at, the view from the top floor is commanding, and walking along the corridors of the castle will grant anyone an idea of what it was like to be a samurai warrior. The whole of the castle complex underwent restoration and refurbishment between 1998-2008. The city of Kumamoto went to great lengths to revive and preserve the historic nature of the site and it shows. The restored Honmaru Goten Palace gives visitors an eye-opening view of the opulent splendor that greeted guests of the clan lords. As a result of the work undertaken Kumamoto Castle beat out 10 other castles that have their original towers to be ranked with Himeji and Matsumoto as one of Japan’s 3 greatest castles. Thirteen other buildings and structures on the grounds are the real thing and have been distinguished as important cultural and historical assets by the government of Japan. Several of these structures are open to the public on a regular basis or on special occasions. This is one of the best castle experiences Japan has to offer. I will be making a return trip. Happy travels! 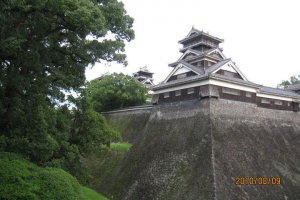 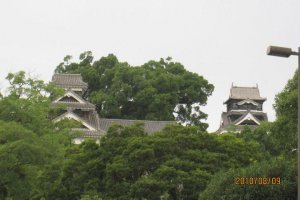 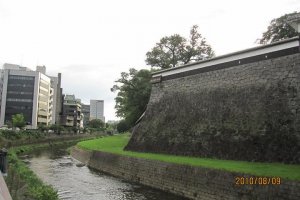 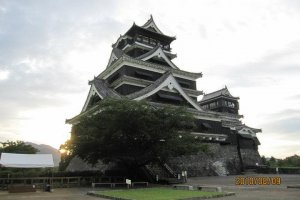 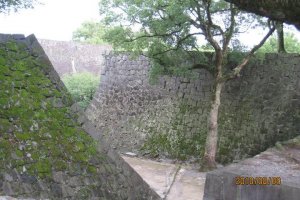 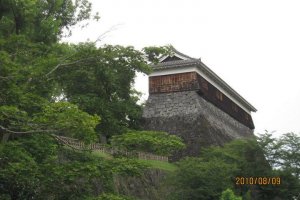