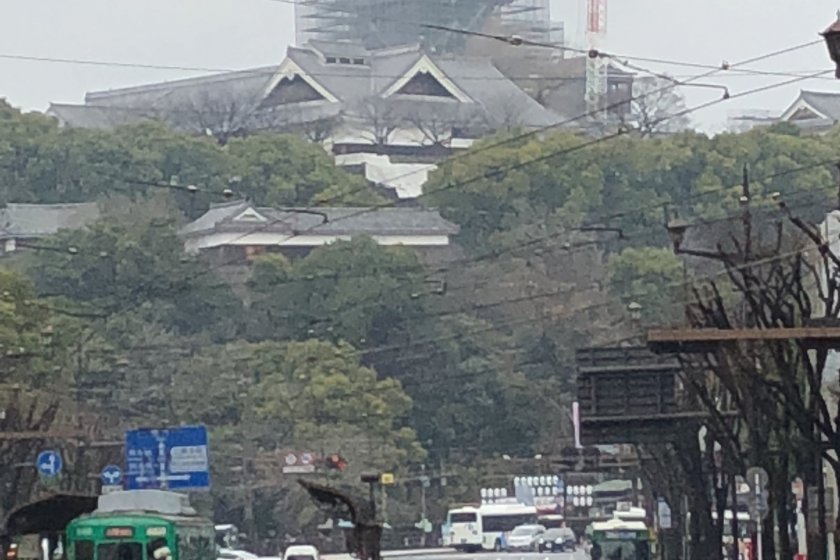 Recovering its beauty day by day

Kumamoto City Government has published an update of restoration of Kumamoto Castle. It’s been two and half years since the 2016 Kumamoto earthquakes.

They’re planning to complete reconstruction of the outside of the castle tower by March 2021. It will be opened to the public from October next year as each section is completed, such as the square in front of the castle tower, for a fee.

The castle has seven stories including the basement and stands at approximately 30 meters. Around 3,500 rocks were used for the foundation, but 20% of the rocks were destroyed. Work to stack these rocks started from July this year. Now at 60% progress, the estimated completion date is at the end of this year. There is a clear colour difference between old brown stone and new stone which can be seen at the north part. Also, they will redo almost all wooden siding called “shitami ita.” Outside above the fourth floor the restoration has also been completed.

Kumamoto Castle is known as “Crow Castle” due to its colour and is one of the three premier castles in Japan. The original castle was built by Kiyomasa Kato in 1607 and was burnt down during Satsuma Rebellion in 1877. It was reconstructed in 1960, in part due to the generous donations from the town’s citizens. This community spirit has continue with the “lord of castle for donation” fund after the earthquake in 2016, as the total cost could reach over 60 billion yen, according to the Mayor.

Kumamoto Castle stands on top of the hill and can be seen from the city center. There are several events throughout the year, from the Oshiro Matsuri in spring and autumn for the cherry blossoms and harvest celebrations, as well as the New Year dragon dance. Approximately 1.8 million people visited the castle in 2015. Now it’s the symbol of recovery from the earthquake.

Kumamoto City Hall’s 14th floor is an observation area with great views of the city. Please feel free to enter. 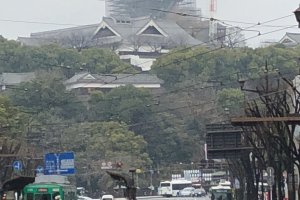 Elizabeth S 3 years ago
Thank you for this information on the restoration project! What a powerful symbol for the regeneration of Kumamoto.
Reply Show all 1 replies

Yui Yamaguchi Author 3 years ago
I know the things wont' remind the same, but hope we pass over this castle for hundred and hundred years!
Reply

Kim 3 years ago
Hopefully I'll have a chance to head to Kumamoto sometime next year. I'd like to see the castle so I hope I can go once it's reopened to the public.
Reply Show all 1 replies