The little lane narrowed the further it got from the main road and I began to wonder if there is indeed a temple of vegan delights at the end of this path. I'm not a subscriber to any real strict type of diet but after several days of heavy eating, I' was looking forward to something a little lighter on the palate (and gut).

Hidden away at the edge of a cow pasture in Aso Town (in full view of the volcano of the same name), Olmo Coppia doesn't look like much from the outside. Inside, it immediately feels warm and inviting, like someone had welcomed me to their log cabin hideaway. Though the website had no English translation, a simple but clear English menu greeted us on arrival and the friendly waitress could answer questions in my native tongue.

The lunch menu offers only three dishes, though they all are more than filling. The daily pasta plate featured seasonal eggplant, the daily curry was a spicy chickpea and the one-plate special consisted of a multitude of vegan-friendly morsels, from fried wheat gluten and fresh salad to mushroom soup and straight-from-the-oven bread. The pasta and curry plate are also accompanied by a small appetizer option and - in the case of the pasta - a serving of bread. Dessert is included in every lunch

The food was hearty (and fast to arrive from the time we ordered) but it was the drinks that made the most significant impression. The homemade lemonade with a seltzer base I quaffed was certainly good but the spicy homemade ginger ale was truly memorable. Best of all, however, was the hot ginger drink. It tasted more like a toddy than a regular cup of tea and was the perfect antidote to the early autumn chill outside.

Olmo Coppia is the kind of cafe that invites diners to just sit back and linger over a drink. Books for both adults and kids are available to peruse and the cafe boasts a few hidden alcoves that make it easier to tote along a laptop and get some work done without being disturbed. Even if you don't spend all afternoon, this is the kind of establishment that makes you want to return again and again. 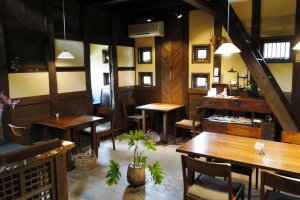 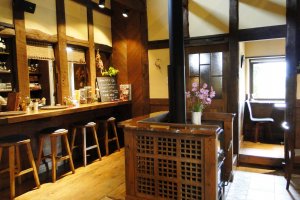 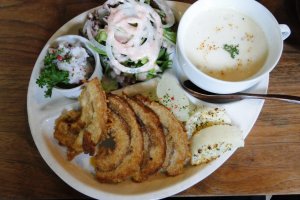 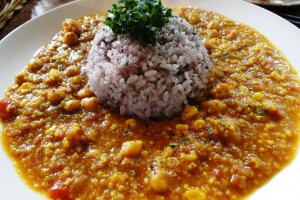 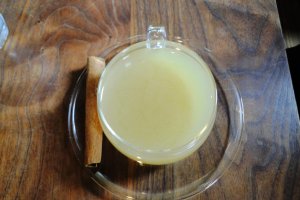 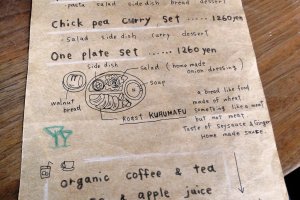