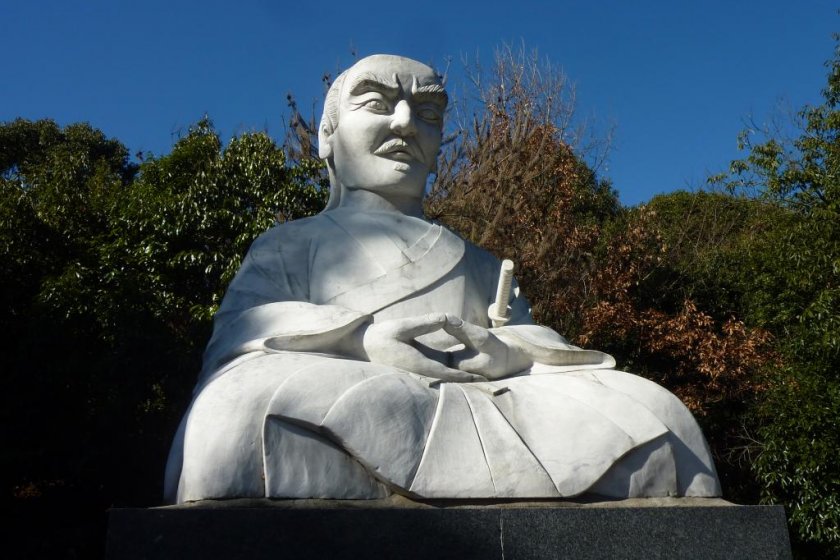 Austere Birthplace of The Book of Five Rings

A large statue of Miyamoto Musashi looms over the parking lot

Legendary Japanese swordsman and author Miyamoto Musashi must not have been one for the comforts of life. You’ll catch most writers these days tapping out their manuscripts on a portable laptop, often in the cushy surroundings of their local coffee shop. Miyamoto, on the other hand, spent his time drafting his most famous work, The Book of Five Rings, in the austere surroundings of the Reigando Cave.

The Reigando Cave (Reigando literally means "spirit rock cave") sits amongst tangerine orchards about a 30 minute bus ride outside of Kumamoto. If taking public transportation, the bus will drop you at a barely marked stop on the main road. Follow the lane – and the sign marked Gohyaku Rakan – that leads up to into the hills and you’ll soon stumble upon a small temple complex. Pay the small fee, pass through the turnstile and you’ll immediately catch sight of hundreds of stone buddhas sitting in contemplative silence on the mossy hillside.

These crumbling statues are collectively known as the Gohyaku Rakan, or the five hundred followers of Buddha who have attained enlightenment. Rakan are celebrated for their twin successes – triumphing over earthly anger and greed and wiping clean the karmic slate from their earlier lives. The Rakan here look a bit the worse for wear – carved details have practically eroded away and many of the statues have had their heads reattached. Still, the sight of this congregation sitting peacefully on the sun-streaked hillside will have you reaching for your camera multiple times.

At the end of the path, climb the steep stone stairs to the shaded grotto where Miyamoto spent his time. The cave measures no more than twenty feet across and barely makes a dent in the thick rock face. A large boulder fills most of the space, where a smooth patch almost leads you to believe that Miyamoto himself spent hours here meditating on what would become his most famous opus.

The Book of Five Rings, or Gorin no Sho in Japanese, was Miyamoto’s sweeping tutelage on the art of war. The five books – divided into Earth, Water, Fire, Wind and the Void – ranged in approach from the practical (how to disarm an opponent) to the philosophical (the proper mindset to have when approaching a battle). Some of his tactics are admittedly controversial, such as showing up to a duel hours late to throw off an opponent. Nevertheless, this four century old text is still widely studied in the fields of martial arts and even business.

There’s not much else to the site itself, so feel free to sit and meditate a bit as Miyamoto once did or walk the nearby country lanes and soak in the beautiful Kyushu scenery. 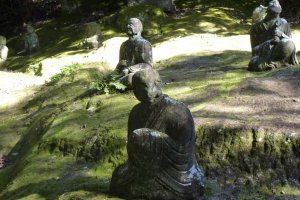 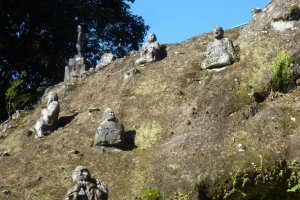