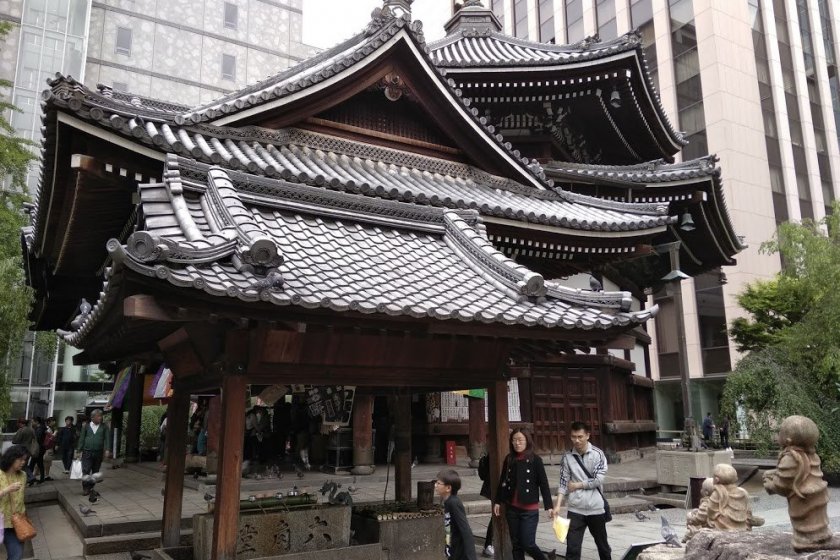 At the Center of Kyoto

The center of Kyoto is located at Rokkakudo Temple. The spot is marked by a roughly hexagonal shaped 'Navel Stone' with a hole, the navel, in its middle. Although newish looking, it is still thought to be the foundation stone of an earlier time Rokkakudo.

This was one revelation for me about Rokkakudo. There were a few more. The temple appears modest looking, but it seemed as though every corner contained a story, whether fact, legend, or fairy tale.

It is believed Kannon herself ordered the building in a dream she sent to its founder, Prince Shotoku, while he was having a quiet bath in a pond. This occurred around 587, making the temple even older than Kyoto, and Rokkakudo is now the 18th temple on the Saigoku Kannon pilgrimage.

Supposedly the same pond is still there. A small hexagonal shaped shrine is built on it to commemorate the event, with koi swimming around, and swans too.

The rooftops of many temples are their crowning glory. Rokkakudo’s bearing a distinctive hexagonal shape. Although officially named Chohoji, the name Rokkakudo stuck on because Rokkaku translates literally into “six angles” - for our six senses. As I stood there trying to discern the angles, pigeons cleverly disguised as messengers of the gods were attempting to assault all of mine.

A romantic revelation was of the temple’s famous “willow of matchmaking”, festooned with a multitude of fortune slips. The Emperor Saga (786 – 842) prayed at Rokkakudo to meet his future wife. He dreamt he had to return to the willow tree. On doing so, there she was, a beautiful princess of course, and naturally it was love at first sight. This created a longstanding faith that Rokkakudo’s weeping willow could work wonders in affairs of the heart.

I walked further behind to see two bronze statues of Kannon. Apparently, Prince Shotoku had a much loved amulet of Kannon which is now secreted away behind closed doors. Kannon’s statues here, although not exactly in pride of place, are reminders of her strong influence on the temple.

Another hexagonal shrine here also shows Kannon’s hand at Rokkakudo. A saint had been in retreat at Rokkakudo when Kannon appeared and instructed him to end his celibacy. He had to, however, obtain another saint’s help to build a new sect of Buddhism presumably to spread the glad tidings. The shrine houses the two of them.

I hadn’t known at all that ikebana, the internationally famous Japanese art of floral arrangement, originated at Rokkakudo in the 15th century. The way a priest arranged the flowers offered to Kannon daily was much admired. His particular style became known as ikenobo, and it was perpetuated through successive generations with new techniques created. Artificial and fresh flowers are visible here and there around the temple.

Ikenobo remains the oldest and largest school of the art of flower arrangement in Japan. Heads of the school are always the abbots of Rokkakudo.

What was interesting was a line of tiny stone monks stepping up around a pool of water. These are the disciples of Buddha known as arhats or rakans representing the 16 points of the compass. They have mainly benign facial expressions, depending, though, I think, on who’s doing the looking.

A right angled corner of juzo were quite old, some shapeless with age, although their red bibs weren’t too tattered. They perform various forms of protection and grant wishes. One solitary juzo was almost hidden by foliage, this one a bit stingy about wishes, because it would only grant just one.

I liked being at Rokkakudo. Just as its roof has more than one side, it revealed many angles, telling of dreams, flowers, romance, myth, religion, faith, and belief. The only spoilers were the pestilence of pigeons. The very important revelation is they are carriers of good fortune, so best be on their good side.

The Karasuma Subway Line from Kyoto Station bound for Kokusaikaikan takes you to Karasuma Oike. From Exit 5, it’s a short walk to Rokkakudo.

Look for Starbucks. You will see the temple dramatically reflected in the cafe's glass wall. 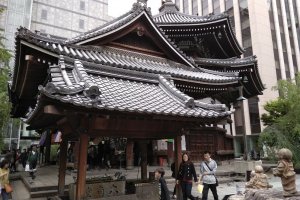 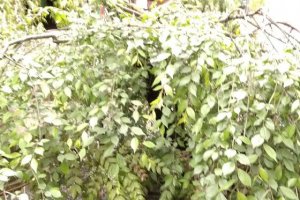 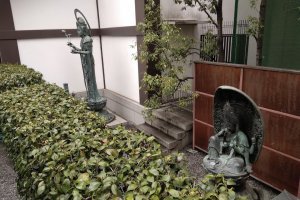 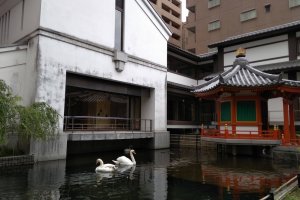 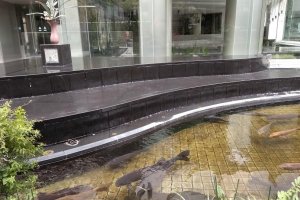 Sleiman Azizi a year ago
Naturally it was love at first sight. Of course...
Reply Show all 1 replies

Arlene Bastion Author a year ago
Of course!!!!!!!!
Reply
2 comments in total