Have you ever had a piggy back ride when you were a child? Why should children have all the fun? In the City Zoo, Miwa the baby monkey wanted a piggy back ride, but mom was nowhere to be seen. Never mind, why not piggy back on the real thing, Miss Piggy herself? So she cried to the nearest pig in the nursery called Uribo. Uribo may not have heard her, but her vet did, and now that they have both grown up, they still like to play piggyback. So much so that when Miwa was nursing some wounds from a supposedly jealous raccoon, Uribo was missing the attention she used to get from Miwa.

If you can’t get your eyes off the antics of these two lovable animals, there is a book written by the vet about Uribo and Miwa chan that you can buy from the zoo shop, and even a smartphone application called “Baby Monkey (going backwards on a pig)”. What a fairy tale ending for a baby monkey macaque that was rejected by his parents. Luckily between the vet and Uribo the baby boar they now live happily ever after in their own enclosure, scary raccoons aside.

Once you get your eyes off the lovable pair, there are also Grey Kangaroos from Eastern Australia, Humboldt Penguins from the Peruvian and Chilean Coast, which take their name from the ocean current flowing north from Antarctica. These cute penguins can even “blush” in warm weather and have a protective eye covering like goggles.

The Zoo is also active in preserving endangered animals, such as the Orang-utan, whose natural rainforests in Thailand and Malaysia is under threat. Deforestation, hunting and fires have reduced their population in the wild, and the vets here are very keen to learn about their nature and intelligence. Watching them in their enclosure, I am amazed by their amazing intelligence, like making a hammock by tying ropes around two trees, and making tools with sticks, and rain hats with leaves.

A trip to this zoo was not only entertaining, but gave me a lot to think about as well with our connection with nature and the future of our animal friends.

The Zoo is part of the Sandanike Park Recreation Area, which also houses a science museum, planetarium, as well as a beautiful lake and gardens. It is open from 9am to 5pm all year, except Wednesdays. If Wednesday is a public holiday, then it would close on Thursday instead. Admission is very budget friendly at 210 yen for high school students and above, and just 100 yen for middle school students and children. 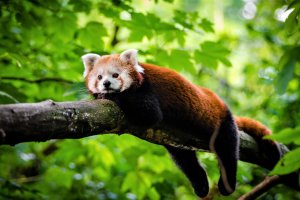 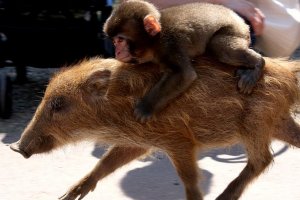 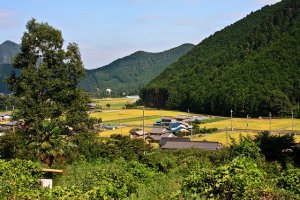 Bonson Lam Author 7 years ago
Thanks Justin! This is a great place for people for all ages to enjoy. There is so much more to this city that meets the eye.
Reply

Geoff Day 7 years ago
Just ran into this article today looking for zoos, seem like quite the pair!
Reply Show all 1 replies

Bonson Lam Author 7 years ago
Every zoo in Japan has its unique story! I hope you can visit the rural part of Kyoto one day...
Reply
4 comments in total