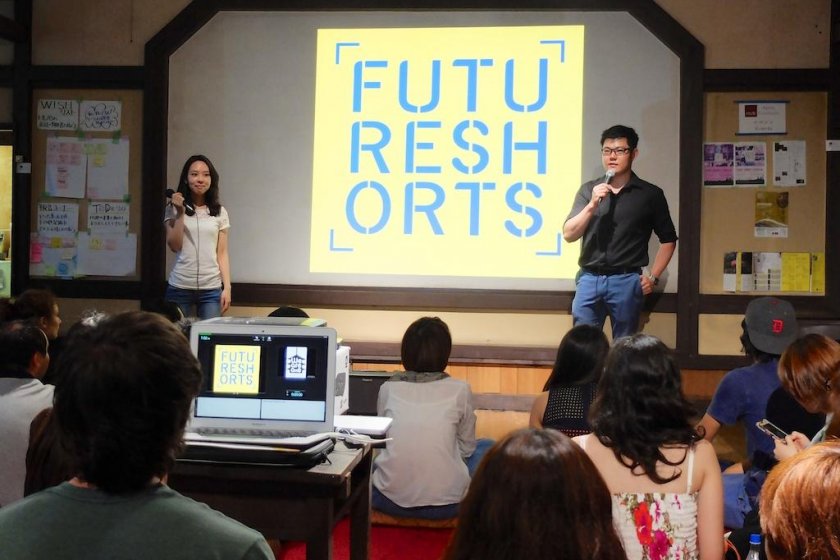 An international film fest at a local gathering spot

The HUB Kyoto is a candidate location for HUB, an organization whose goal is to facilitate international exchange of ideas and collaboration. There are over 5,000 members in 30 official HUB locations around the world, and HUB Kyoto is one of dozens of groups aiming to join. For those wishing to meet with like-minded individuals who want to impact the world at a grass roots level, HUB Kyoto is a great place to get started.

HUB Kyoto recently hosted Future Shorts, an international short film festival that is held four times per year with over 1,700 screenings in 90 countries. The Kyoto screening took place on May 25, 2013 and is one of three screening locations in Japan. It was also screened in Tokyo on May 24 and May 25. The third and final screening for this season will take place in Kobe at Queen of Hoot on June 15.

The HUB's building has a long history and was previously a school for young women offering classes in traditional Japanese arts. Aside from the slightly uncomfortable antique "student chairs", enjoying the film fest at the HUB was a great experience. Watching the films projected on a white wall in the packed, tatami-floored room conjured up images of people doing something from a bygone area. I imagined the students from the art school getting a hold of a projector and film real in the early days of cinema and being lost in images of far off places just like we were.

The HUB is a great place to meet creative, global-minded individuals. The broad appeal of a film festival like Future Shorts is an especially good chance to mingle with other lovers of film, and the festival attracts an eclectic mix of Japanese and international attendees of various backgrounds.

Tickets for the next screening of the Future Shorts in Kyoto, Osaka and Kobe are available from the festival's organizers, Wasabi Creations, starting in Kyoto on Saturday 14 Sep and moving to Kobe and Osaka the week and fortnight after respectively. If you miss out on this screening, make sure you join the next quarterly round of films in a few months. The next Kyoto screening will take place at HUB Kyoto, so it will mean another chance to enjoy a new round of films while learning more about a dynamic, international organization.

I enjoyed living in Japan for nearly seven years. After studying Journalism and Japanese studies in Chicago, I first went to Japan in 2005 and taught English for two years. I returned to the States, but I soon found myself back again. My second time in Japan was only for one year, which I spent working at a Japanese company. On my third stretch, I returned with my wife and ended up working at a study abroad agency, helping Japanese students pursue their dreams of studying English in different countries. I spent all of my seven years living in Hyogo, the heart of Japan, where I split my free time between traversing the great outdoors and seeking out design-centric shops and cafes in Kobe and the Hanshin area. Hyogo has a little bit of everything, and it's the perfect fit for someone who loves both beautiful, natural scenery and modern, urban adventure. 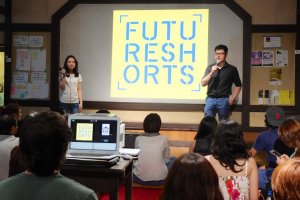 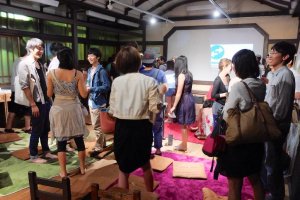 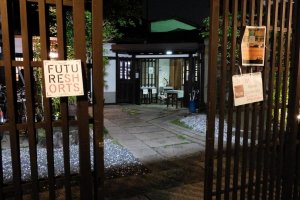