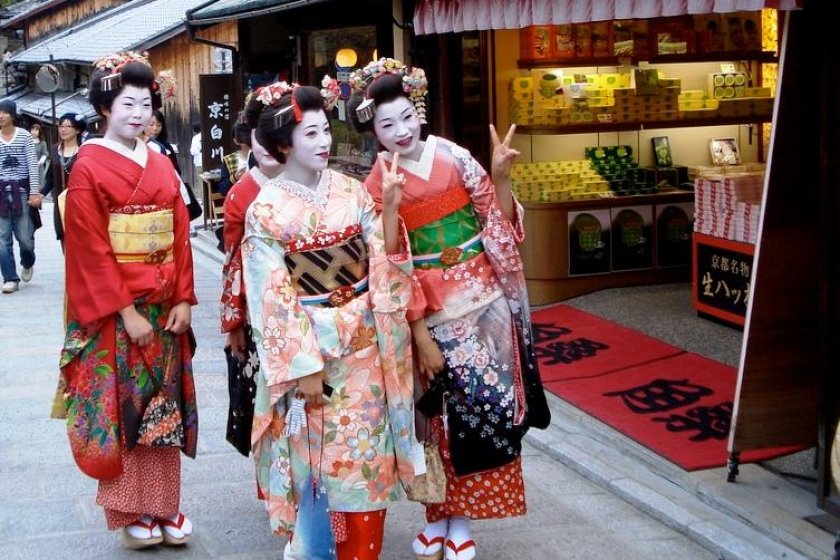 Make your own discovery in the back lanes of old Kyoto

Dress up as a Geiko for a day at Nene Street between Sannenzaka and Gion Shirakawa (Photo: Carles Tomás Martí / CC BY 2.0)

Come springtime in the evening, when the air is warmed by the sun from its winter slumber, Kyoto’s cherry blossoms put on a beautiful display.

It is only but for a fleeting moment, during the Sakura illuminations from the last week of March and first week of April. Likewise herons come out to bathe in the warmth, as if all nature is celebrating the arrival of a new season.

Some of the weeping cherry trees are like sculptures in themselves, standing tall through centuries and nurtured by gardeners who are guardians over these grand ladies of nature. Many photographers and sakura aficionados have their favorites, as you can tell from the applause of camera clicks. Only for a moment is their devotion distracted, as what appears like a Geisha walks by, silent except for the rhythmic clatter of her geta. Mineko Iwasaki, a geisha who was referenced in the book and film, “Memoirs of a Geisha”, used to live in a house moments from here.

While there are no grassed areas for a Hanami picnic, strolling the Shirakawa Canal just five minutes north of Gion high street (Shijo dori) is a delightful way to start your evening. The historic and modern stores on Shijo dori sit side by side and sell everything from handkerchiefs decorated with cherry blossom motifs to pink and white colored rice cakes and sweets, all trying to capture the beauty of the sakura season. On your way to the canal you will find many lane ways, some with bars, modern neon and music, while others are dotted with machiya, traditional narrow fronted merchant houses in the days where property taxes meant they had to be as narrow as possible, shielding the tranquility of their long courtyards and corridors from the outside world. One of them has transformed into the luxurious Gion Shinmonzen Machiya guesthouse, with immaculate Japanese style tatami rooms.

If you like to plan ahead, make a reservation at one of the restaurants with waterfront tables overlooking the canal, and you can linger a little longer as the temperature drops, and should there be a breeze, you can see blossoms floating in the air, like snow blanketing the earth.

Gion Shirakawa may not be as well-known as Hanami koji dori (Flower Viewing Street) to the south, but it is worth putting it on your itinerary, from the early morning with the first bird song, to the evening when the cherry blossoms are illuminated under the moonlight. It is a serendipitous discovery off the beaten track. 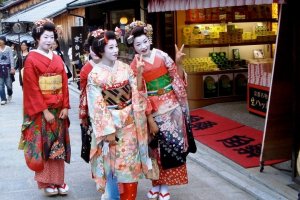 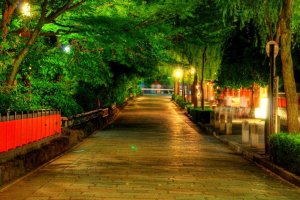 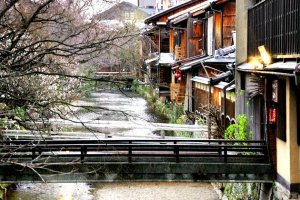 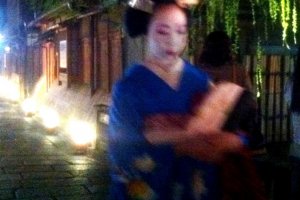 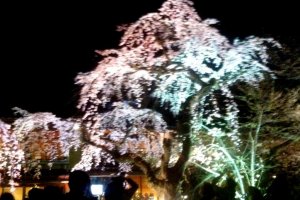 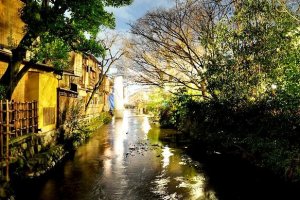