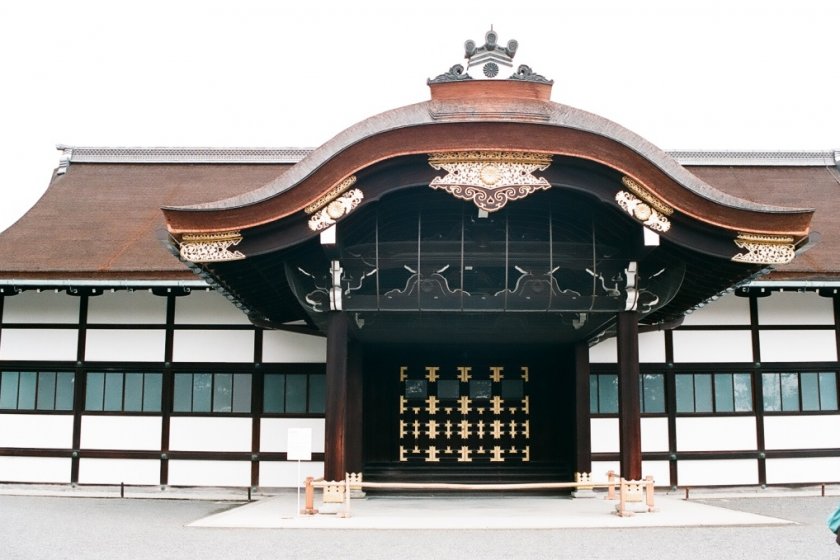 Where Royals ruled the country, lived and played

The white gravel is crunching noisily under my feet as I stroll leisurely through expanses of green in Kyoto’s Imperial Park. My attention is directed to the huge earthen walls beyond which one cannot go without a permit. I am trying to steal a glimpse through a crack in the wood of one of the massive gates that keep the insight a secret. This is Kyoto’s Imperial Palace, one of a number of Imperial Household establishments in Kyoto that are restricted sites. I am intrigued and decide to investigate.

The guard at the gate directs me to the Imperial Household Agency in the northwest corner of the park. A “commoner” who has never had any dealings with the Royals I enter the agency building with reverence. An authoritarian clerk promptly tells me to fill out a form. She routinely clicks away on her computer and finds me an available time slot to visit the palace on a guided tour. I book my entry and leave in anticipation of seeing what not every tourist in Kyoto has seen.

The next day I am back at the gate to Kyoto’s Imperial Palace. The guard checks my permit and waves me through this time. I am directed to a room where a group of tourists has gathered patiently waiting for the tour guide while watching a video that explains the rules of the visit. We are cautioned not to take too many photographs as this would delay the strict tour schedule. The guide appears and our group sets of in single file followed by a guard watching our every step and urging us on. One is not allowed to walk alone or wander off the tour circuit, after all this is Royal Household property.

The present Kyoto Imperial Palace dates from the mid 19th century as the palace structures were destroyed by fire and rebuilt many times. The main building is the Shishin-den (Hall for State Ceremonies), an imposing one-story structure purely out of wood with a hipped and gabled roof and flanked by a cherry tree (sakura) and an orange tree (tachibana). This is such a beautiful sight that I snap away too many photos and I am promptly being told off!

This building, symbol of Kyoto’s Imperial Palace, is set in an expansive courtyard laid out with white gravel meticulously raked in long lines. It played a prominent role in the coronation of Japan’s Emperors even after 1869 when the capital and the Imperial Court were moved to Tokyo. Both the Taisho Emperor (1912-1926) and the Showa Emperor (1926-1989) were enthroned here. This is the setting of Royal Japan’s recent history right in front of your eyes.

The place is soaked in regal history indeed. We can admire the Seiryo-den (Emperor’s residence), the Kogosho (Court Room), the Ogakumonjo (Imperial Library) and Oike-niwa (a stroll garden).

Fans of architecture will like the fact that these buildings, used for ceremonial or residential purposes in their time, represent a mix of various traditional Japanese styles.

I am trying to imagine court life and make a mental note to read much talked about book The Tale of Genji by Murasaki where there is some mention of the Seiryo-den. The Kogosho gained some prominence in Japanese history, in fact altering its course entirely, when an order was given to restore Imperial Rule at a conference in the building in 1868.

To get access, you need to apply for a permit in advance with the Imperial Household Agency but luckily this is now possible online.

Never mind how many temples and shrines in Kyoto you have visited, you cannot claim to know Kyoto’s treasures unless you have seen this secretive place! 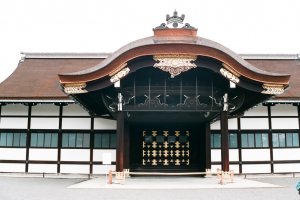 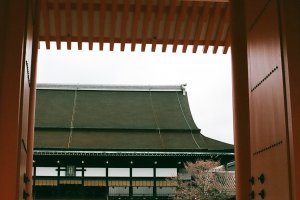 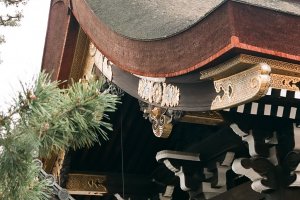 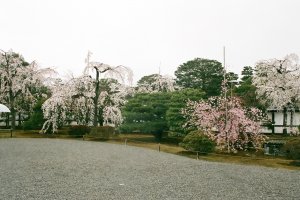 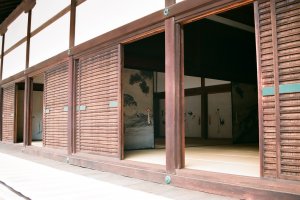 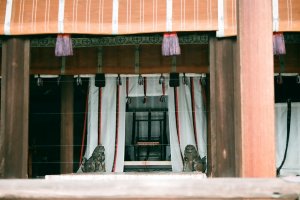