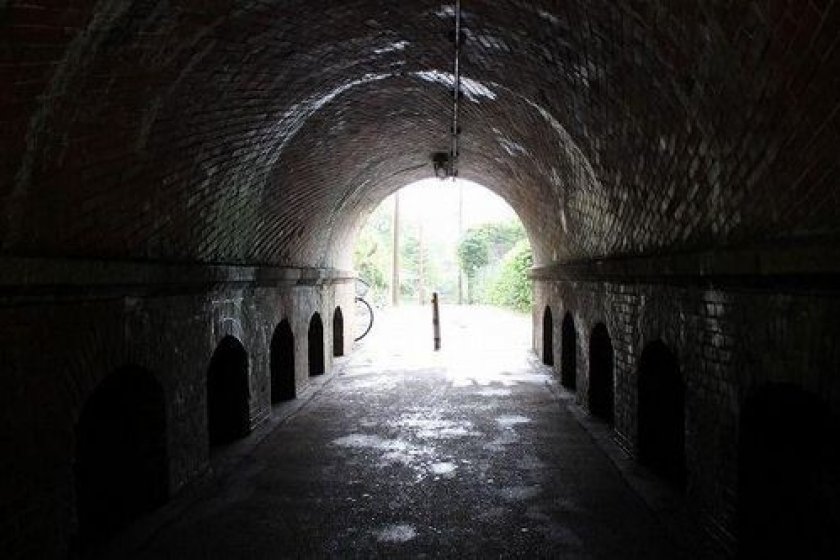 Walking along the Incline in the rainy season

Go through this tunnel, and you'll enter the site of the incline

During the season we call tsuyu or rainy season, nature's color deepens and darkens. The moisture-laden air plays the role of a lens, intensifying the dense green of Japanese full-moon maples and oak leaves, brilliantly and vividly shining in the drizzle. Every branch is weighed down by the raindrops at the tip of each leaf.

Climbing the stairs of Keage subway station, I proceeded to the ‘Incline’ remains of Biwako Canal. During the Meiji Restoration in the nineteenth century, Emperor Tenno left Kyoto for Tokyo, which spelled the end of Kyoto as the capital. The decline of Kyoto became a reality resembling the fate of Kyoto Gosho - Kyoto Imperial Palace. The folk of Kyoto felt anxious about its future. The then Governor of Kyoto, Kunimichi Kitagaki, was one of them. He advocated a brilliant new project.

Kyoto is a city built over streams of underground spring water, but actually the quantity of water is not so great. On the other hand, in the neighboring prefecture of Shiga lies Biwako Lake, the largest in Japan. Kitagaki’s project was to draw water from the lake. Penetrating through all the mountains with tunnels, they completed the canal called “The Biwako Sosui” in 1890.

The cargo ships which navigate this canal are dropped 32 meters down to the Kamogawa River at Keage. The system is to carry the boats by putting them on platform cars. Isn't it amazing that the people in the Meiji Era came across such a novel and bold idea! As a result, mass transport by water as well as by land became a reality. Kyoto became vibrant with life and energy again.

At the same time, the first water-powered plant was also established here. A beautiful example of architecture made of brick called ‘Suiro-Kaku’ stands by Nanzen-ji Temple. The electricity produced here powered Kyoto Shiden – the first municipal electric railway in Japan, and it also powered the first-ever arc light in Japan​.

Meditating on those past days, surprised by the coincidences of everyday life, and heartened by the joy of meeting new people, I walked my way along, step by step, on the wet road paved with bricks. What love did this Incline carry up or down a century ago? What dreams, despairs, longings or sorrows did this canal wash away? All things are in a state of flux.

Walking onwards, I meditated on these raw emotions with the soothing sound of the canal deep in my heart, I soon found myself standing at the gate of Nanzen-ji Temple. My brief stroll in the rain came to an end. Nevertheless, it seemed like a daydream to me. 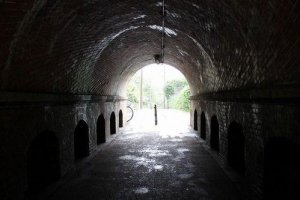 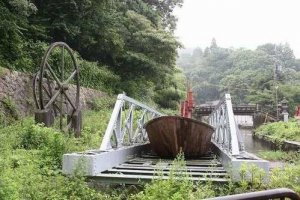 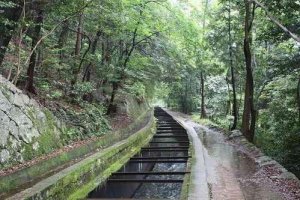