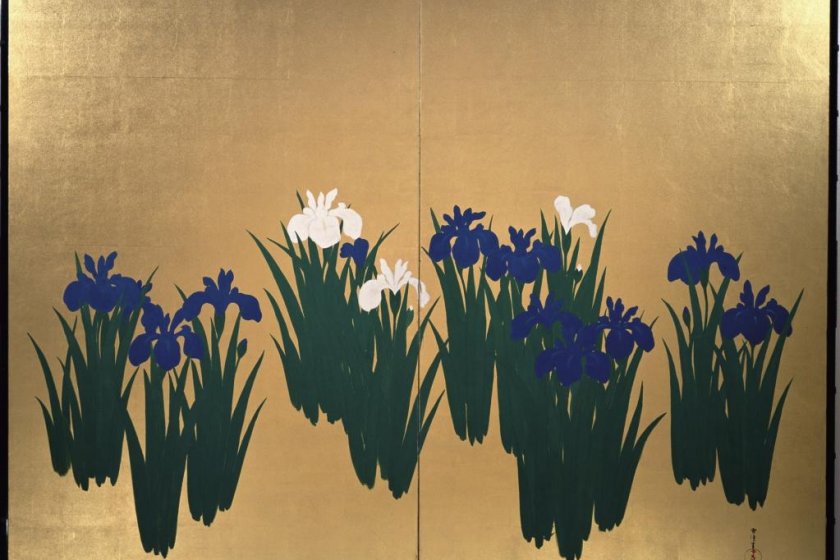 What is your view of modernity?

To many Americans, the words “Modern Art” conjure up images of cans of Campbell’s Soup, Andy Warhol or a kaleidoscope of colors and lines whose meaning appears to be impossible to be defined.

In the Kyoto Museum of Modern Art, however, “modernity” starts from an earlier time, when Japan joined the Industrial Age nearly than one hundred and fifty years ago.

The Meiji Era (1868-1912), which gave birth to Japanese modernity, was a defining moment for Kyoto in more ways than one. It was the end of feudalism. Free of the responsibilities and the weight of being the Imperial Capital, it had to redefine itself. Artisans and crafts people, from sword makers to painters, had found their royal patrons move overnight to a little town named Edo.

Kamisakka Sekka was born in this turning point in the history of Kyoto. The changing of the guard allowed him and his fellow artisans to develop art and design for a wider audience, the middle classes. His movement started the democratization of fine art, by putting art in everyday objects, from bowls to furniture. No longer restricted to the elite, the middle classes can see his artwork in Department Stores, and even buy them for their homes, and turning everyday objects and household decoration into items of beauty. At the same time, he referred to the great tradition of the Rinpa School, started almost three hundred years ago, and is characterized by bold monochrome colors and close up details of natural objects, though at the same time, makes references to Imperial court literature from as early as the Heian Period (794–1185).

Kamisakka Sekka also traveled to Britain and France nearly a hundred years ago, and so was infused with the Arts and Crafts as well as the Art Deco movement. He learned the importance of making art accessible to the public, but at the same time, he maintained that the Japanese nature of his art and design were essential in marketing it to the world. It is like he was a forerunner of the “Cool Japan” movement, and many forms of modern art, such as the current anime movement, owes its heritage to Rinpa.

The National Museum of Modern Art in Kyoto had the foresight to exhibit Sekka as early as 2003, before a traveling exhibition in the Los Angeles and Alabama. In 2012 many of his works from Hosomi Museum, including the collection from “the world of things”, were exhibited in Sydney.

It is only fitting that Kamisakka Sekka is the marker of modern Japanese Art, for he initiated the idea in Japan that art and beautiful design can be a consumer item. As our finish our survey in the museum cafe below, it is only fitting to remember our journey from Andy Warhol, whose portrayal of cans of Campbell’s soup was a statement of consumer items as art, has gone full circle via an obscure artist in Kyoto a hundred years ago.

Find out more about National Museum of Modern Art, Kyoto. 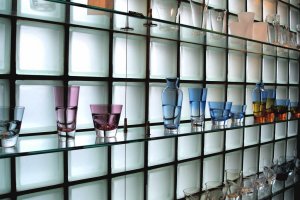 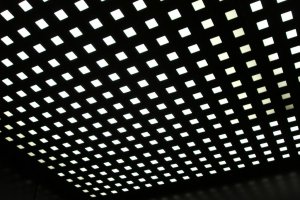 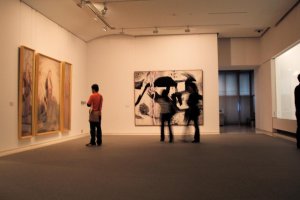 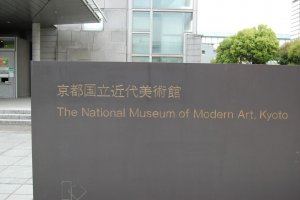 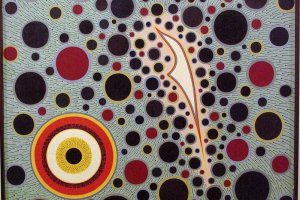 Olga 6 years ago
Not only to Americans modern art is a mix of colors, strange works of art etc. I usually try to avoid modern art museums because of that. But now I see that everything is not black-and-white.
Reply Show all 0 replies
1 comment in total