Kyoto's somber memorial for the deceased of WW2.

This large, sitting daibutsu in Higashiyama is also known as the Bodhisattva Avalokiteśvara. Among the memorials at the Ryozen Kannon is a memorial to the missing and dead of World War 2 and memorial tablets for the two million Japanese who died in World War 2. In 1955 Hirosuke Ishikawa opened the statue to the public. Avalokiteśvara is the incarnation of Buddha that embodies compassion and with this in mind you should tour these premises. Like the Tomb of the Unknown Soldier in Arlington, VA or the entrance to parliament in Syntagma Square, Athens, it is a somber place filled with the gravity of loss. A large reflecting pool in front of the Kannon hosts numerous lotus blossoms in summer. Chidorigafuchi promenade in Tokyo is the Japanese national monument to the unidentified war dead but the Ryozen Kannon houses a similar memorial in Kyoto.

Most visitors who venture into Higashiyama are likely headed to Kiyomizudera but the Bodhisattva Avalokiteśvara is a worth while stop if only to have several moments of contemplative silence and reflection. With your admission, you are given incense to light and place in the offering urn behind the reflecting pool. You don’t have to be religious to appreciate a moment of silence for those you have lost and wish to remember. Four times a day services are conducted for the remembrance of the war dead.

Also with your admission price you are allowed to go inside of the heart of statue. To the left side of the statue you will climb a short set of stairs into a dark chamber with shrines and altars dedicated to the different signs of the zodiac. Before you go up the stairs, take a moment to look at the large stone to your right, which holds the footprint of Buddha. To right of the main statue, after you exit, are several other memorials on the path that returns to the main courtyard in front of the Kannon.

Buddhist, Christian, Atheist or Muslim, it never hurts to walk slowly and think of others, remember your loved ones and wish for a more peaceful future. Take some time away from the tourist destinations in Kyoto and have a quiet walk with Bodhisattva Avalokiteśvara. 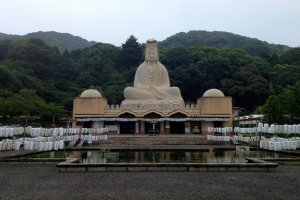 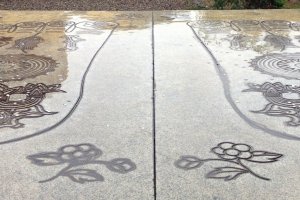 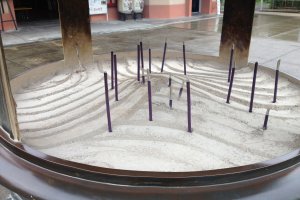 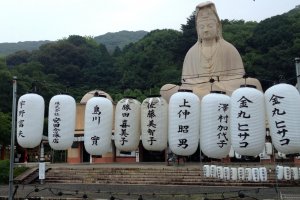 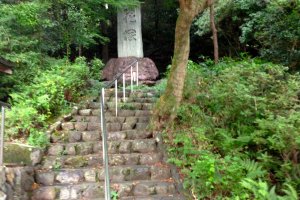 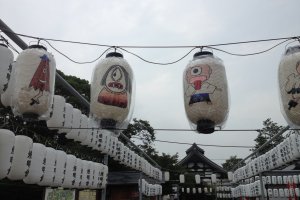