An unforgettable experience in southern Kyoto

In the southern outskirts of Kyoto lies the beautiful city of Uji. Uji is famous for its matcha green tea, and Uji City's Taiho-an Teahouse is a living proof of how important it is to the city. Taiho-an is a tea house dedicated to sharing and spreading knowledge about matcha and tea ceremony. Located right beside the Uji City Tourist Center, it is about a twenty-minute walk away from JR Uji Station and about a ten-minute walk away from Byodo-in Temple.

For an entrance fee of ¥500 yen, you can experience the beauty and essence of a Tea Ceremony at Taiho-an. The entrance ticket can be purchased at the counter in the Tourist Center. "Taiho-an” translates literally into “teahouse across from the phoenix,” and it got this name because it is situated directly across from the Phoenix Hall of Byodo-in Temple. As Taiho-an is located right beside the Uji Municipal Tourist Center, one can attend the Tea Ceremony Demonstration at Taiho-an and learn how delicious Matcha is created, after having sampled a free drink of Hot Matcha at the Tourist Center.

The admission fee to Taiho-an of ¥500 includes sampling of a dessert - an azuki or red bean wagashi was served during my visit - and a bowl of freshly stirred Matcha. The color of the Matcha served was one of the greenest I have ever seen - the color is dark and rich, a sign that the matcha is of high quality. The taste was also beyond what I had expected. As the Matcha hits your tongue, it tastes a bit bitter, and as you let it sit on your taste buds, the aftertaste releasing a gentle, sweet flavor. The Matcha is so creamy that it tastes almost like it has already been made into a latte of some sort! And even better, the Matcha was created during a proper Tea Ceremony demonstration right front of your eyes by a lovely lady dressed in a Yukata, making the taste even more special.

If you’re in Uji, be sure to drop by Taiho-an for a relaxing experience for your eyes and for your palate. 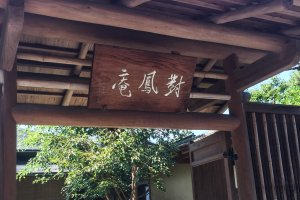 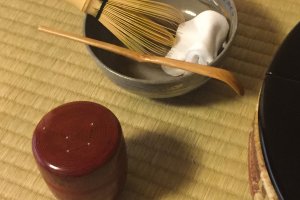 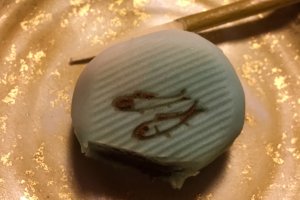 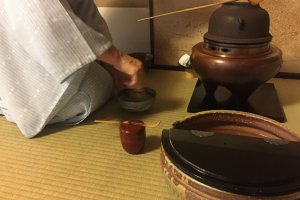 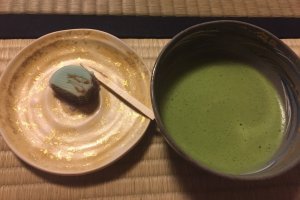 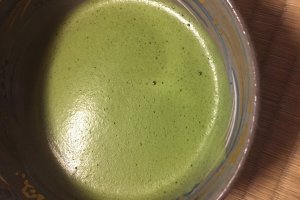 Kim 2 years ago
There's something really special about attending tea ceremonies here in Japan. When I've visited regions known for their tea, I've specifically sought out tea ceremonies too! Such a wonderful learning experience.
Reply Show all 0 replies
1 comment in total