After stumbling across Japan's obsession with mascot characters, I could not resist researching more and came across the Mascot Grand Prix, one of the biggest mascot competitions in Japan. This competition has been an annual affair since 2010, whereby mascots gather, and the public can vote for their favorite mascot. Luck was on my side, and I had the chance to attend this year's event, held in Mie prefecture.

Voting started online months before the event, and the top 200 characters made it to the actual event, whereby each mascot has a booth to display their memorabilia, and showcase their talents. The run-up to the actual day was pretty interesting as well. The forerunner, Chiryuppi, from Chiryu city in Aichi prefecture, was featured on television during the week before the event. As expected, Chiryuppi's booth was awarded the prime spot, right in front of the entrance, and had double the space of most of the other characters.

At the entrance, I was given a bag of leaflets and a souvenir box of chocolates, along with a voting slip, with which I could vote for my favorite character. Immediately upon entering, the very first mascot to catch my eye was indeed, Chiryuppi, with a huge crowd gathering to take photos with him. The day was fun, going around to take photos with all the colorful characters. Many of them were too cute to resist a hug with. There was even free tomato juice from Tomapi, a tomato character.

Various activities were held on stage, during which the characters could promote themselves or the city they were representing. There were a few events in which the public could take part in, like jumping a rope with the mascots.

All in all, it was a fun-filled day going around taking photos of and with the irresistibly cute mascots. When the results were announced, Chiryuppi unexpectedly lost his top spot, and came in second. Surprisingly, the winner was Unari-kun from Chiba prefecture, who was not even in the top few going into the final weekend. Looking forward to next year's event! 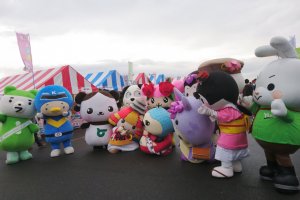 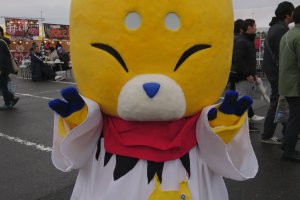 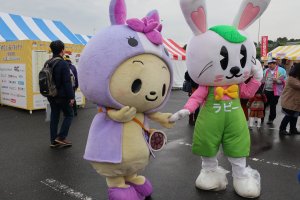 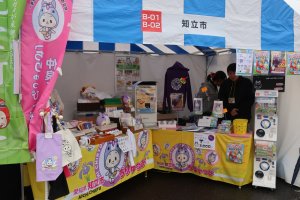 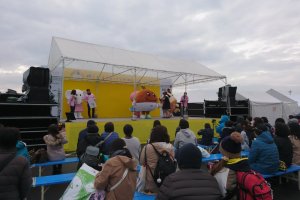 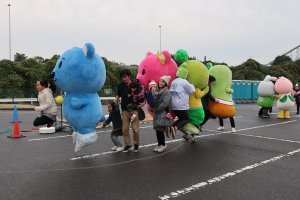 Barry Stenson a year ago
Hi, is entry to the event open to spectators from the public? I would love to go to this year's Grand Prix, but I don't want to travel to Osaka to be refused entry! Can you reserve tickets in advance? Thanks :)
Reply Show all 1 replies

Amanda Ho Author a year ago
This year's website doesn't seem to have detailed information yet. Last year's event was open to the public. Last year's tickets could be bought in advance or at the entrance of the event.
Reply
2 comments in total