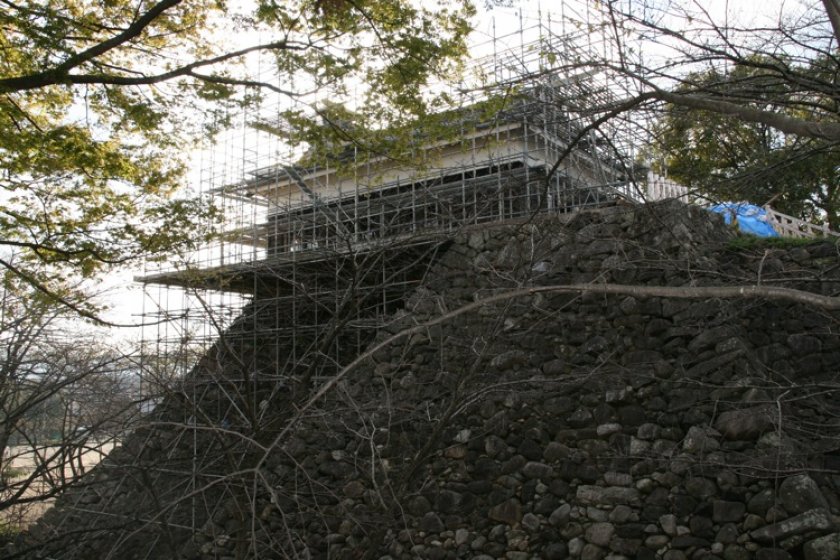 Life is slow in Mie Prefecture’s Kameyama City. Even the name, Kameyama means “Tortoise Mountain”, but things weren’t always this slow. In the Edo period, it was a vibrant bustling town, one of the 53 major stops on the Tokaido, and home to a splendid castle. During the Warring States period, the castle and the post town below, with it’s heavily guarded checkpoint played an important defensive role. This role was only strengthened in the Edo Period.

Built in 1590 by Okamoto Munenori to replace the original Kameyama Castle which had been built in 1254, the current Kameyama Castle stood proud over the namesake town below, watching it grow and prosper as the Tokaido brought travelers and merchants. The castle was later immortalized in the famous woodblock series depicting the Tokaido route by the artist, Hiroshige. Being built on steep hill meant that high stone walls weren’t as important for defense, instead Kameyama Castle consisted of many fortified enclosures.

Despite it’s importance, Kameyama Castle’s donjon was demolished by mistake in 1632. It appears that the Tokugawa Shogunate had ordered the same named Kameyama Castle in Tanba (modern day Hyogo Prefecture) be rebuilt. Horio Tadazane mistook the order to mean Kameyama Castle in Ise (now Mie Prefecture) and it wasn’t until the tower had been demolished and parts of the walls torn down that the mistake was realized. Rumors flew that the “mistake” was an elaborate ploy by the Shogunate to lessen the power of the region, especially as permission to rebuild the castle was never provided. In 1636, the Tokugawa vassal Honda Toshitsugu was awarded the castle and sometime between 1644 and 1648 he had the Tamon Yagura, a smaller turret built on the site of the former keep. This Tamon Yagura was saved from destruction at the beginning of the Meiji Period when Japan abandoned it’s feudal system, and in an effort to remove all traces destroyed a great number of castles. Although most of Kameyama Castle was demolished, the yagura and the remaining 15 meter high castle walls were preserved, and became a Prefectural Historic Site in 1953, and later decreed an Important Cultural Property. Thankfully other historically important buildings remain in the castle town itself.

The castle grounds house the Kameyama City Museum, which is also worth a visit and those same grounds are a popular gathering spot every spring when the cherry blossoms emerge, as do the locals looking to enjoy themselves after a long cold winter.

In Kameyama, life is slow, but there are many reasons to make haste to the old castle town. 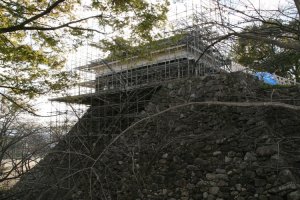 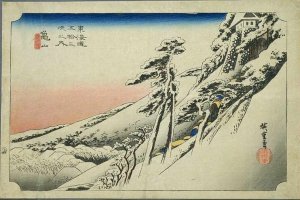 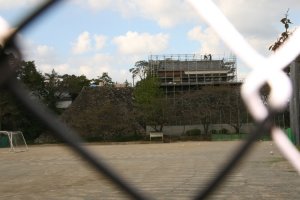 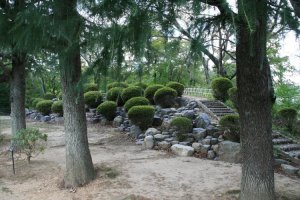 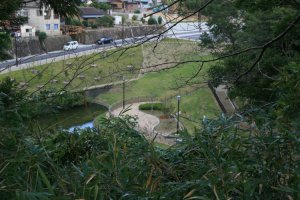 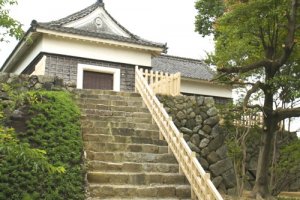