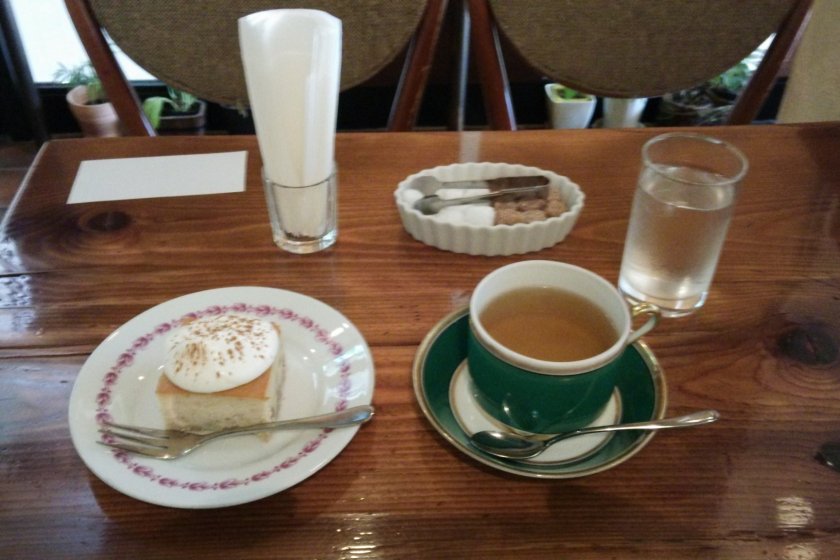 A quiet, little cafe amidst the bustling city

Delicious walnut and banana cake, with cream and cinnamon, and herb tea

After a busy day of shopping, sightseeing, or whatever else brings you to Sendai, the thought of a refreshing drink and somewhere to rest your feet is a welcome one. Luckily, there are cafes all over the city, which between them have an atmosphere to suit anyone.

If you're at the Mitsukoshi end of Jozenji-dori, one of the nearest and best is Cafe de Garçon. A mere 5 minutes' walk from Kotodai-koen subway station, it's easily accessible from other parts of the city, too. The entrance isn't obvious, but look out the sign for “L Size Shop” opposite the parking garage. Unfortunately, the only access is up a flight of fairly narrow stairs.

At the door, give it a sound push to open, and you'll be softly welcomed by subdued lighting and quiet piano melodies. It feels very relaxing, unless there's a customer who is smoking, but from April 2015 the cafe will be smoke-free. There are a couple of booths if you're looking for privacy, but you can also choose from the many stools at the bar, overlooking the wonderful china cups, or from tables near the window area, which is decorated like the outside of a French cafe.

I ordered the walnut and banana cake and some herb tea – a blend of mint, chamomile, lavender and thyme. The portion of cake was quite small, a square generously topped with cream and cinnamon. It was quite rich, though, the banana flavor strong and kind of sharp, but not in an unpleasant way. The texture was very moist – it stuck to the fork – but this was balanced by the cream and the crunchy walnuts. It was a small piece of cake, but one with presence. The tea had an overall flavor of mint, but with a savory wave in the middle that had to be the thyme. The chamomile perhaps rounded the flavor a little, but it and the lavender weren't particularly noticeable. Both were delicious, and their combined price tag of ¥1200 wasn't unreasonable.

If it's available, I would also recommend the chocolate mousse, which I had with hot chocolate. Both were smooth and rich treats.

Cafe de Garçon might not be wildly unique, but it is very good. A relaxing atmosphere with delicious food, it's perfect for a rest from the crowds of the city. 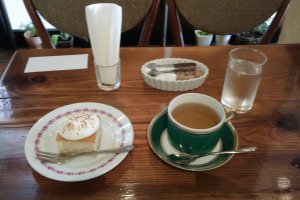 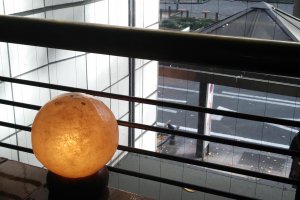 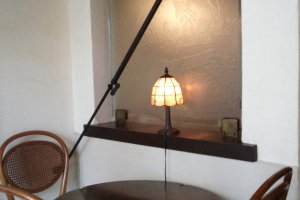