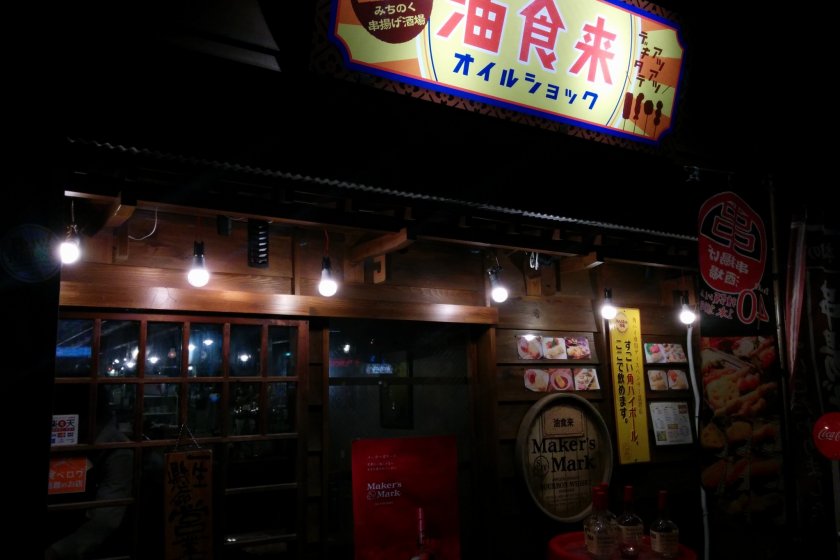 The entrance to the store is easily seen from Jozenji Avenue

I have passed by the izakaya Oil Shock (オイルショック) many times. Actually, almost everyone in Sendai has. The Japanese style pub is on the city's most famous street, Jozenji Avenue, and just a three minute walk from busy Kotodaikoen subway station. Recently on a weekday evening I reconnected with a friend and visited the izakaya for the first time. We wanted to catch up and talk some business but didn't have the time for an all night party. The simple yet inviting lit up exterior of Oil Shock welcomed us through its doors. Two youthful staff members greeted us with warm smiles. My friend and I sat at a table opposite a counter which seats half a dozen customers. The restaurant was longer than it is wide and felt cozy but not crowded or cramped.

I was impressed with the English/Japanese menu. Although I can read some Japanese, it is always nice to know exactly what I am ordering beforehand. Most items are priced less than 600 yen. This means a couple of drinks and enough food to fill you up (including the standard otoshi table charge) can be had for less than 2500 yen per person. If you want to indulge in more, there are also all-you-can-drink nomihoudai courses paired with food options. The staff even speak some simple English and seemed eager to share the restaurant's flavors with more of the international community. With salads, beef stew, French fries, etc., there is a little bit of everything. However, Oil Shock's claim to fame is definitely their fried dishes on sticks.

Ah-ha! I finally figured it out (I think!). Oil Shock is not a crazy theme pub, but rather it is a ''shock'' they so skillfully prepare cuisine with cooking ''oil.'' Looking at the kanji characters written on the storefront, (油食来) we can see ''oil'' ''food'' ''come'' advertising what to expect. Deep fried meats and veggies are the perfect match to a glass of cold beer. In particular, I enjoyed the fried fish varieties which have a delicate but juicy flavor. Poorly fried food will taste greasy, but no so at Oil Shock. I highly recommend the combination plates of skewers to be able to sample several different flavors. Despite its relaxed atmosphere, there is one rule to remember when eating here: no double dipping in the communal sauce pans set at each table!

While Oil Shock is not a must visit pub if you are in Sendai, it may be one of the most convenient. In addition to its easy access downtown, tasty food, affordable prices, and English support, the service was great and you can pay by credit card if you choose. I would recommend Oil Shock as a prime location for a before or after-party, or for a quick get together with friends or coworkers. 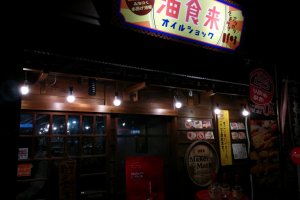 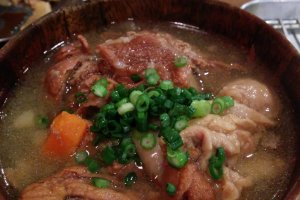 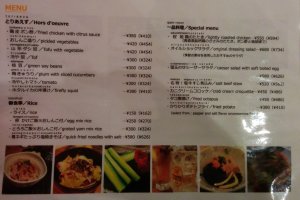 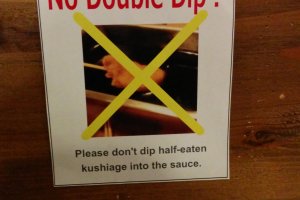 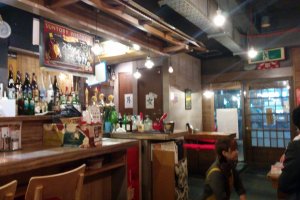 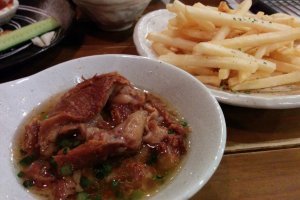