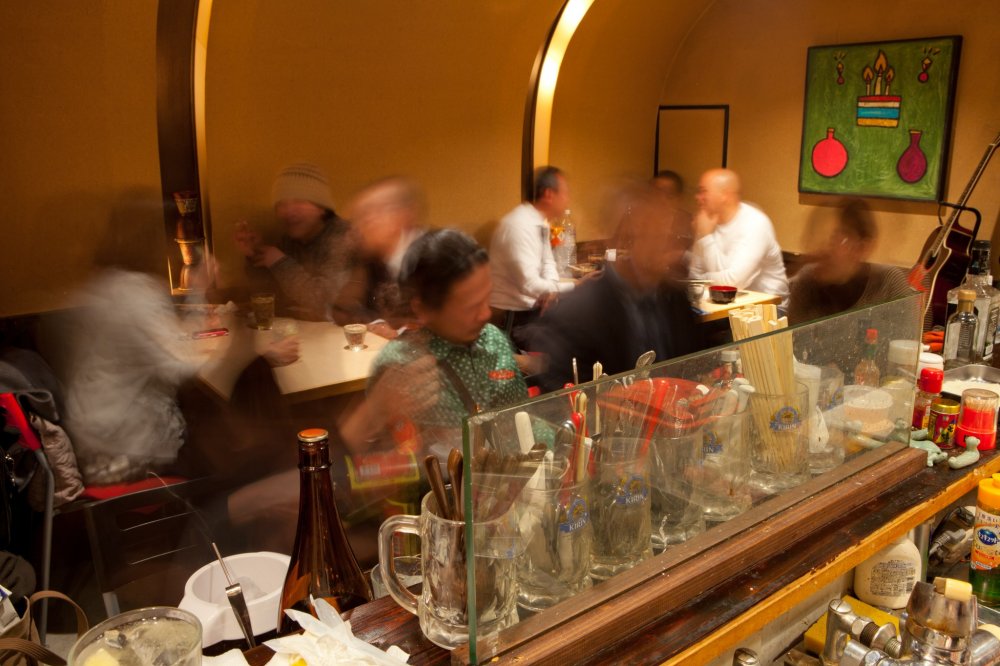 Lively atmosphere fills the whole room, at the few tables along the wall ... 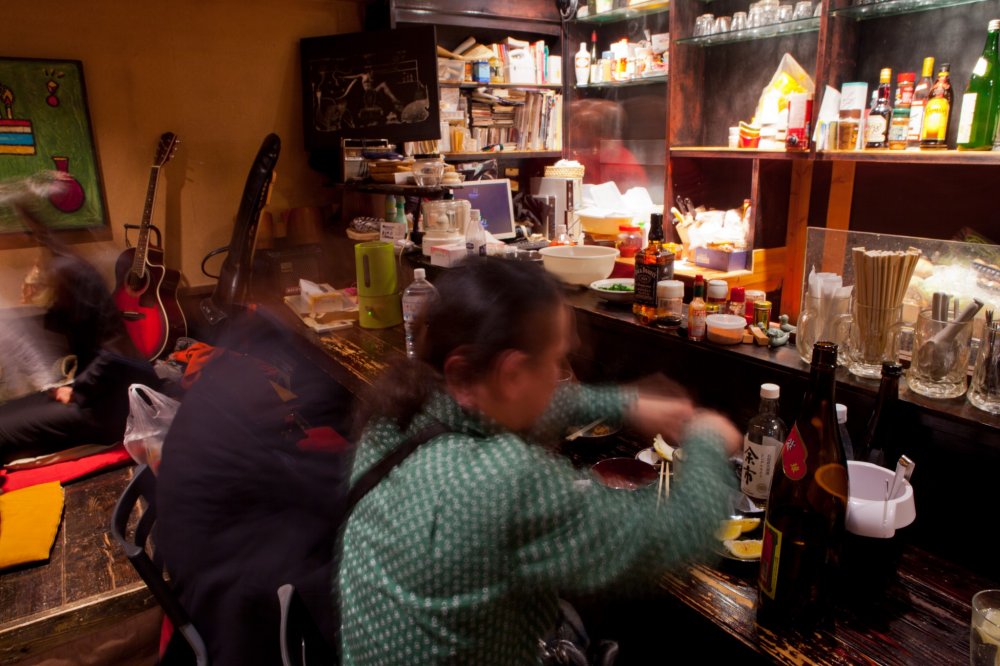 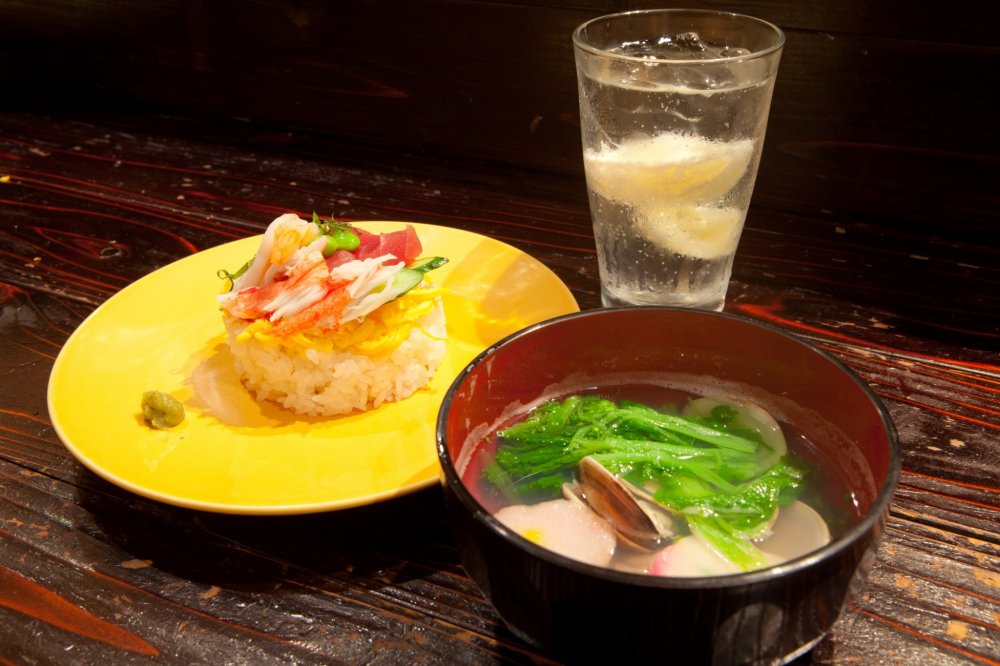 Fantastic looking food—and it tastes so good too! 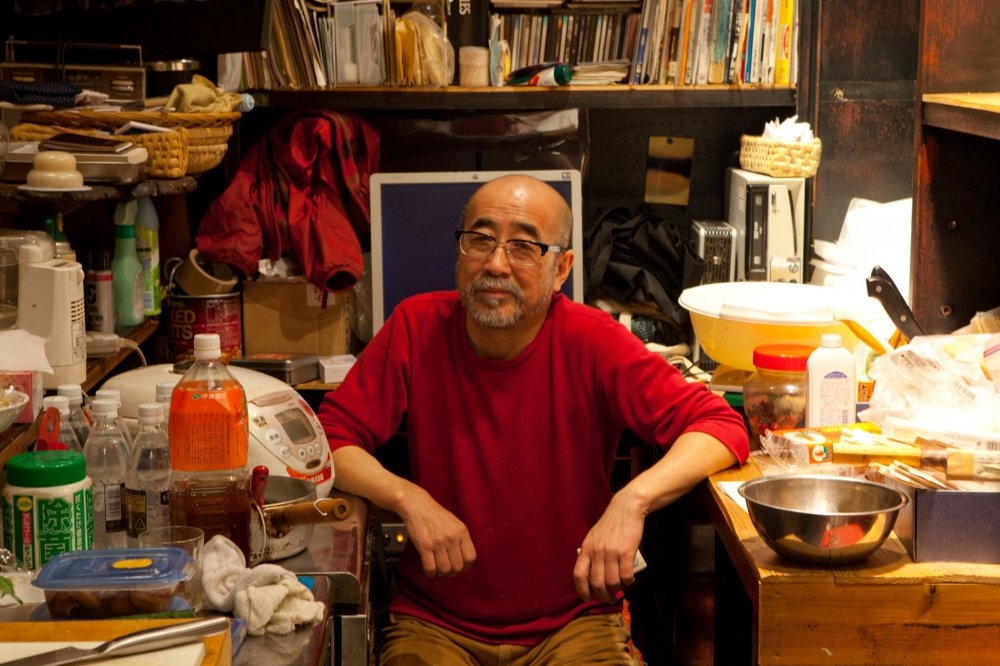 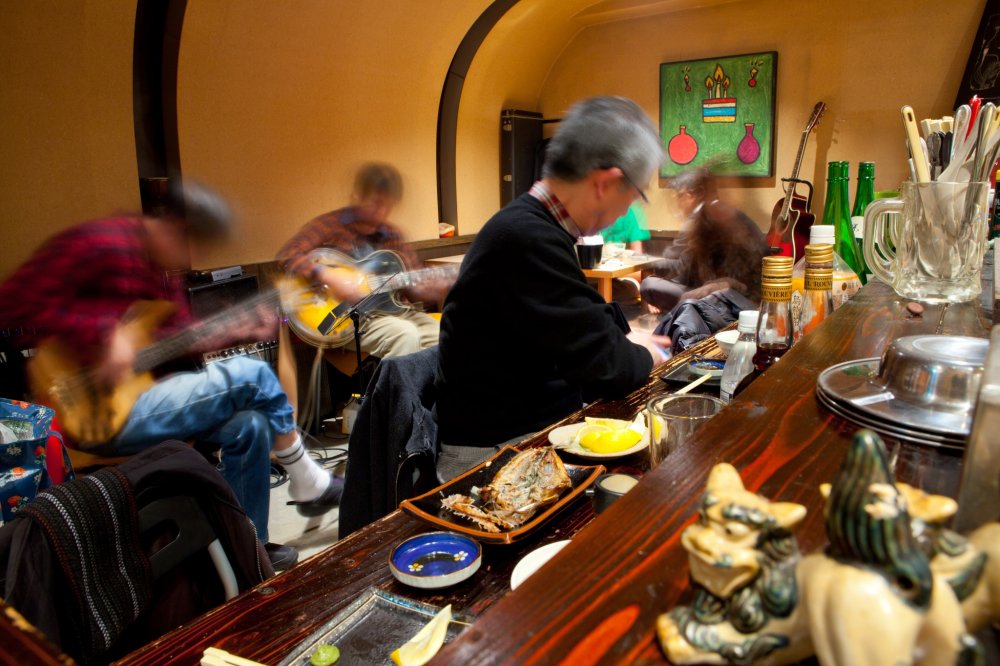 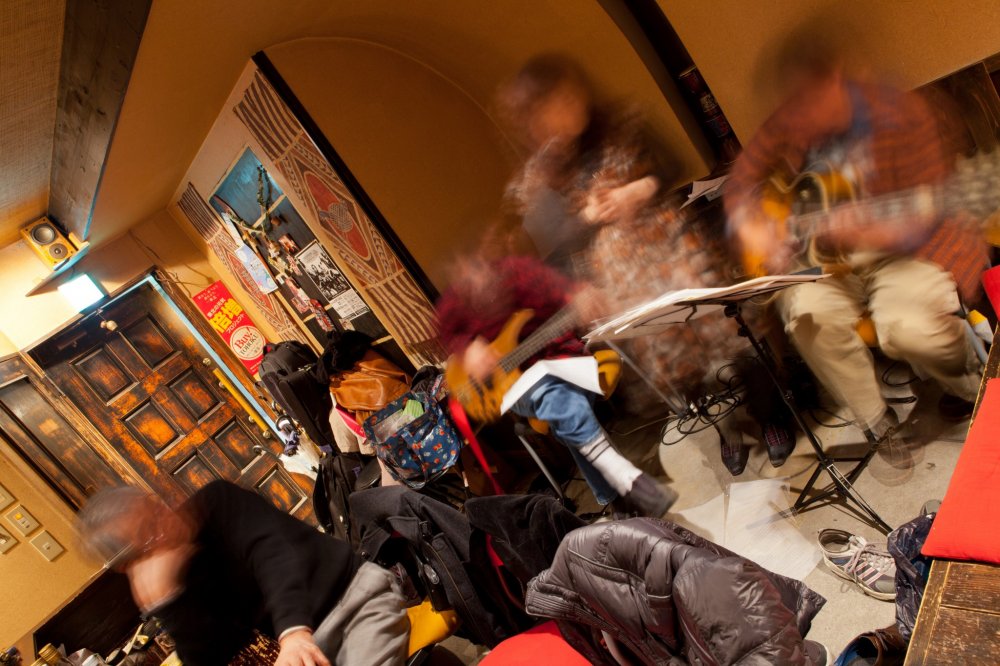 Every single centimeter of the room is made use of; that gives it its cozy and kind of private atmosphere 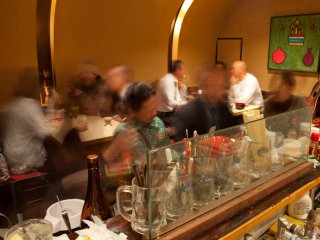 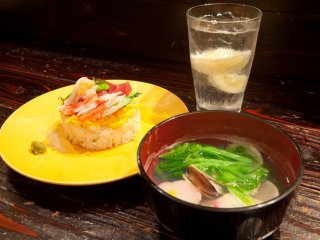 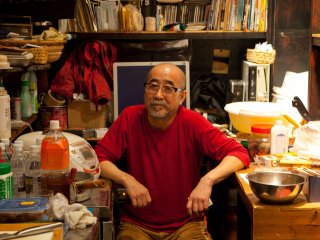 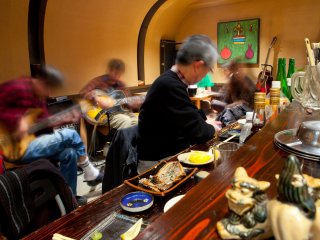 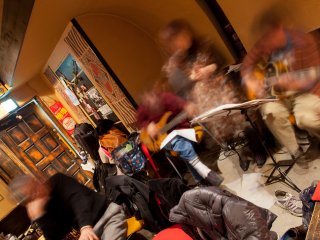 Mondo Bongo (2-1-13 Kokubuncho, Aoba Ward, Sendai) is one of those hidden, great underground places that I would never have found myself. The place offers a mix of very traditional Japanese food as well some international choices and good jazz music. Sometimes, when people come with their instruments and spontaneously start playing, I feel like being in the middle of a band practice. Don’t look for a menu at Mondo Bongo, there is none. The master, Shū-san, will ask what you’re up to and tell you the total cost. I always made a good deal with this system and I’m sure you will too.

Since my childhood the ancient Samurai, Japanese culture and history fascinated me. It was always a dream to discover the mysteries of Japan myself. When I came here in June 2010 I immediately fell in love with the country and its people. After travelling for two weeks I spontaneously decided to stay here and settled in Ichinoseki, Iwate. The first year I have been to various places on every main island but Shikoku. After the happenings in March 2011 I was forced to make a decision. In July 2011 I moved to Sendai, Miyagi and started to work as ALT in Shibata. In March 2012 I started to work for a company in Sendai. In March 2013 I moved back to Switzerland after almost three years. JapanTravel is a great platform that gives me the possibility to share my experience with others interested in this beautiful country, where you can recognize new things and learn every day. Photographs courtesy of Wyss Photography.