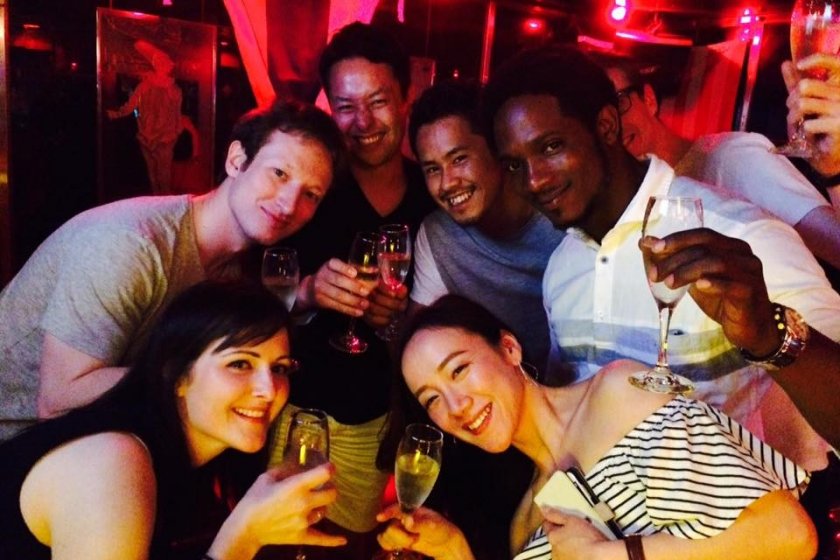 Local hot spot for over a decade and counting

This place is popular with everyone (Photo: Ernie's Bar)

It’s hard to find a bar that is suitable for anyone and everyone, but there is one such place in Sendai, Miyagi Prefecture: Ernie’s Bar. This place is a local legend and for good reason. It is one of the most welcoming of the 2,300 or so restaurants and bars crammed into Kokubuncho, the largest entertainment district north of Tokyo.

Recently celebrating its ten year anniversary, Ernie’s Bar is owned and operated by London expat Ernie (surprise). It is thankfully not British themed, opting instead for an internationally friendly atmosphere with a lounge and bar counter. TV monitors play sports games, a dart board and DJ table rest idle in opposite corners until a special night, meanwhile jazz, funk, or upbeat music plays through the speakers. If there was a theme, it would be cozy.

Entering Ernie’s Bar feels like an escape from the stress of the daily grind. Hunt down this secret cave lit in red by finding the Social Building on Kokubuncho Avenue, then heading to the back hallway of the first floor. For those that just want a drink or enjoy some good conversation, sit right at the bar. If you would rather mix-and-mingle, the sofas in the adjacent lounge area are ready to welcome you. Sometimes the bar will be dead quiet, and other times packed to party mode. It is hard to say who frequents the bar as it seems to be popular with everyone. Singles, couples, friends, young, not-so-young, Japanese and foreigners can all be found on any day of the week. Travelers and students stop by occasionally through word of mouth. Many locals gather here regularly, making it a must visit to catch up on the latest gossip!

While the atmosphere is great, a bar can’t survive ten years unless it has good products. Ernie’s Bar offers your standard alcohols and some original cocktails with interesting names, such as the “Gaijin Special” (Foreigner Special). It is not for lightweight drinkers! An array of bar food is perfect to nibble on or share with your new friends. Chips, nuts, sausages, cheeses, etc. make the regular menu, while occasionally there is an extra surprise for sale. Drinks are very affordable with a beer starting at just 500 yen. Plus there is no cover charge, tips, or service tax. You only pay what you want to indulge in. The cash system is pay as you drink. For those that rather not indulge in alcohol, in addition to soft drinks, customers can request a cocktail without alcohol.

The craziest times are the nights after local festivals or holidays. Should you be able to get through the door, you are guaranteed to have a good time. The next ten years look even more fun. 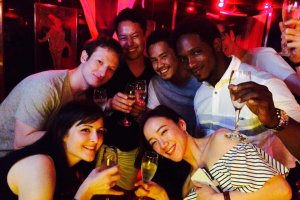 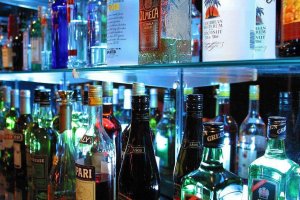 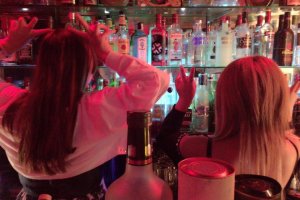 Brian Takahashi 4 years ago
Best place to get a drink and relax.
Reply Show all 0 replies