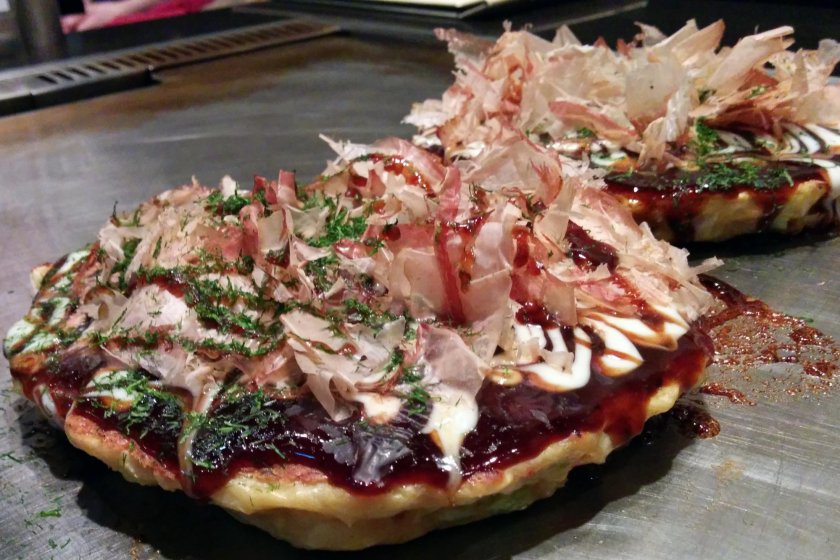 An Osaka specialty in Tohoku's capital

Closeup of the mixed okonomiyaki.

From sushi to raw horse, Japanese cuisine has always left an impression on those traveling around Japan. One such favorite is okonomiyaki​. This cabbage and batter laissez-faire pancake where almost anything goes as long as it is topped off with bonito flakes and mayonnaise, is enjoyed all across the nation. Naturally, you can find more than a few okonomiyaki restaurants around the city of Sendai. Osaka style okonomiyaki is the most popular, so it is no surprise to see it as a chain restaurant. There are two such restaurants called "Chibo" in Sendai, one at "The Mall" in Nagamachi, and the location I visited downtown on the Ichibanco shopping street.

Located between Kotodaikoen and Hirosedori subway stations is Chibo. Take the elevator to the third floor to delicious. I honestly first stepped into the restaurant because my meal only cost 500 yen (half price in this case!) thanks to the the Sendai Lunch Passport. Already set up to receive a sizable discount, I took in the atmosphere while I waited for my set lunch. Counter seats and private tables with grills both provide a relaxing atmosphere thanks to the spacious layout and slightly dimmed lighting. The menu is just in Japanese, but say 'mix okonomiyaki' and you should be good to go.

While Hiroshima style okonomiyaki is cooked in layers, Osaka style okomiyaki batter and contents are all mixed before being poured on the grill and cooked to your liking. Since I ordered a mixed okonomiyaki, I had shrimp, veggies, and yakisoba in my pancake. Again, anything goes and there are several options on the menu. Oh, it was so good. Melt in your mouth fresh ingredients mixed with the just-grilled pancake, contrasted nicely by the cool mayonnaise and sauce. The portion was big and I was full with just it and a glass of water.

Upon leaving with my stomach satisfied, the professional and friendly staff sent me good wishes. I shouted gochisosama-deshita thanks for the meal--it was a feast--and left happy. I noticed the line of grilled delights and other okonomiyaki options in the entrance window that I missed earlier. I know I will be back to enjoy some more. And when you are done you are already downtown to have some more fun. 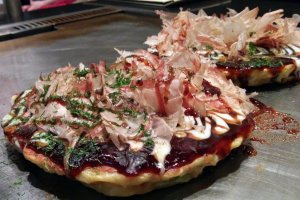 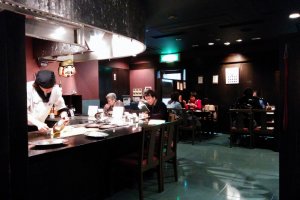 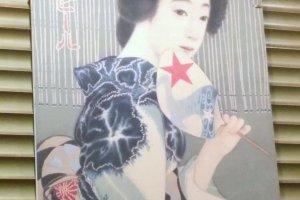 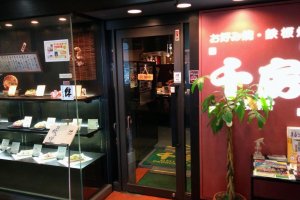 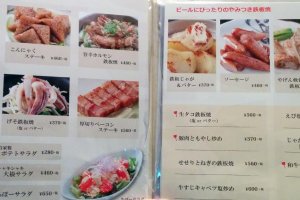 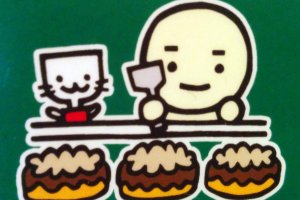 Elena Lisina 2 years ago
Okonomiyaki Osaka is good! How could I miss it in Sendai?!
Reply Show all 0 replies

Laura Welch 7 years ago
This looks delicious! I'm definitely going to check this place out!
Reply Show all 0 replies
2 comments in total