Explore the city through your stomach for just 500 yen

While Tokyo may be the international food scene of Japan thanks to its size and international appeal, people in Sendai also take their food quite seriously. In fact others in Japan have taken notice of the unique flavors the capital of the North has to offer. It is not unheard of for people from nearby prefectures or even residents as far as Tokyo to come here for the weekend to enjoy fresh seafood from nearby Matsushima or a Sendai delicacy like beef or cow tongue along with the sites the city has to offer. For those staying more than a few days or for those living in Sendai long term, the Sendai Lunch Passport is your best bet to eat your way through the city on a budget.

The Sendai Lunch Passport volume one was published late 2013 and took the city by storm. The idea behind the book is simple; find great tasting and cheap lunches around Sendai. For 500 yen you can grab a lunch from any of the 70 plus participating restaurants, but only if you have this book. You can purchase the book from any major bookseller in the city for about 1000 yen. It's very popular and does sell out quickly when a new volume comes out about every three months. The easiest place to pick up a copy would be Maruzen Bookstore located on the bottom floor of the AER Building, just steps from JR Sendai Station.

Upon purchasing the book you are supposed to write your personal information and include a passport photo on the inside the front cover as a kind of identification. However, as a frequent user of the book, and being confirmed by friends, this page is never checked. So, you may be able to get away with lending or borrowing the book with others, but you didn't hear it from me! Each person must have their own Lunch Passport at time of use to be eligible to receive the lunch deals.

The Sendai Lunch Passport makes it easy to track down a great restaurant. While the book is in all Japanese, there are pictures of the food along with maps so it isn't too difficult to figure out even if you aren't up to par with your language skills. Most restaurants are located downtown, but a good number are clustered around the busy Nagamachi and Izumichou subway station areas as well. Again, all lunches are 500 yen. These lunches are not special Lunch Passport holders' only meals. Instead, these are the exact same meals and portions regular customers are paying for, but with your book you get the discount. Most lunches you will save 100-300 yen, but some super bargains are up to 400 or even 500 yen in savings.

One point to keep in mind before dining out are the conditions some restaurants may have. On each page under the hours that restaurant serves lunch may be something written such one of the following: not valid weekends, only a limited number of these lunches per day, or only sold during a certain number of weeks. Still, with so many restaurants I don't think this is a real problem but just something to be aware of. Being Japan, you'll find many Japanese restaurants in the pages of the book. But also you'll find other cuisine options like Italian, Chinese, some Korean and Indian, and Volume 2 even featured a Nepalese location. Volume three includes two all-you-can-eat lunches!! Is your mouth watering yet? Explore the flavors of the city for just 500 yen with the Sendai Lunch Passport!

Even versions out of date are still valuable as a restaurant guide. Many of the restaurants featured use the book to advertise their hard to find locations. Here are a growing number of restaurant reviews via the Sendai Lunch Passport visits: 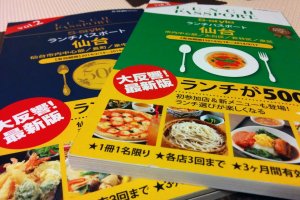 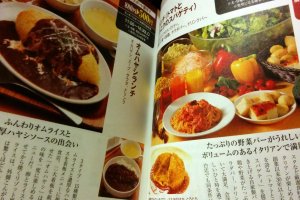 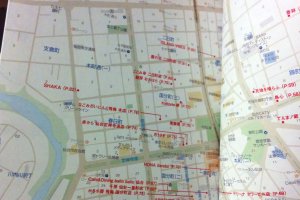 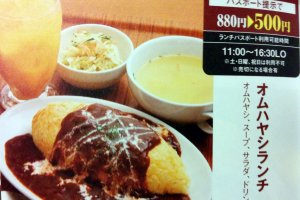 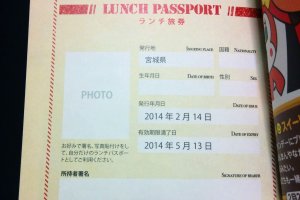 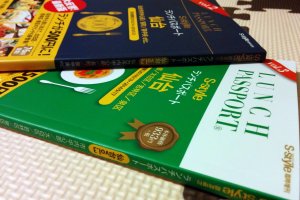 Justin Velgus Author 6 years ago
Volume 3 is on sale from today! This volume features 78 restuarants, a few of which are all-you-can -eat. Yes, all for 500 yen!!! Volume 3 can be used June 18th through September 17th 2014. Buy it quick because it will send out! Of course I picked up my copy already!
Reply Show all 0 replies
1 comment in total