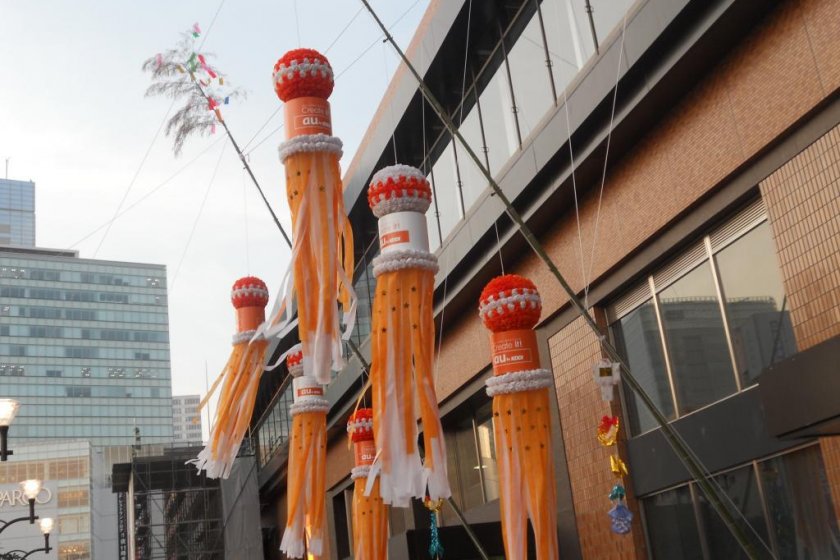 One of the best times to be in Sendai is during the Tanabata Festival from August 5th through 8th. A well known star festival, the event celebrates the meeting of the stars Vega (Orihime) and Altair (Hikoboshi). While there are plenty of places you can catch the festival, Sendai is home to one of the biggest in all of Japan. In fact, it is one of the three major festivals in the Tohoku region ranking alongside the Nebuta Festival in Aomori, and the Kanto Festival in Akita.

The best route I could recommend to experience as much of the festival as possible would be to start from Sendai Station and walk down Clis Street, a major outdoor shopping district that runs downtown. The city will be jam packed with visitors, many of whom will be roaming the streets in summer yukata so be prepared for traffic.

Along the way you will see many of the breathtaking decorations made by citizens from all over Japan, from Kushidama to paper cranes and kimono, to characters representing legendary samurai Masamune Date.

Some of the most heartbreaking of decorations come from Nagasaki and Hiroshima, where thousands of cranes have been woven together to represent the lives lost in the atomic bomb blasts. My first Tanabata trip was just months after the 2011 earthquake, so there were plenty of similar decorations to mourn the lost lives from the devastated areas. I highly recommend bringing a camera and taking as many pictures of possible of these wonderful works of art.

If you continue on, you will reach Jozen-ji-dori in the Kotodai Koen area. Near city hall, and in other places down the street, you will find racks of bamboo have been set up. Here you can write a wish (or if you want to be more traditional a poem) on slips of paper called tanzaku and hang them on the bamboo.

The next day or in some cases on the last day of the festival, the slips are either burned or set adrift down a river. Your wish doesn’t have to be in Japanese so it is a great way to get into the spirit overtaking the city. After you finish there, I recommend hanging around the squares and parks all along Jozen-ji-dori. Concerts and live traditional dances will be going on all along this road and food stands will be set up all over the place giving you a chance to grab some tasty festival grub and beer if you are hungry.

For those interested, Nishi Koen Park is the place to be if you want to catch the August 5th fireworks show. It is a 10-minute walk from Kotodai Koen Subway Station (just follow the street signs). I recommend arriving at least an hour before the 7pm start time in order to secure a nice picnic spot as space becomes difficult to find very quickly. For those worrying about food, vendors will be set up selling everything from takoyaki to yakisoba and much more.

16,000 fireworks light up the sky over the Hirose River every August 5th evening. This is the kickoff for 3 days of Tanabata F..

It is very easy to see why Sendai has one of the best summer festivals in Tohoku. Anybody who wants to have a wonderful experience experiencing traditional Japanese culture, or anyone who wants to enjoy the city at its best should seriously consider a visit during Japan’s summer festival season.

Also, check out part 2 for a short article on the myth surrounding Tanabata, its history, and an explanation into the different customs on display at the festival. 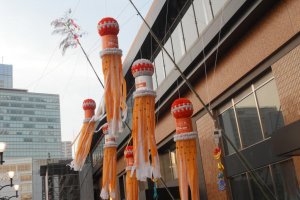 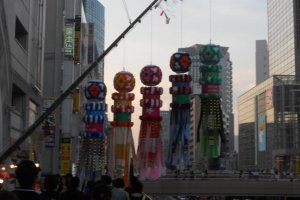 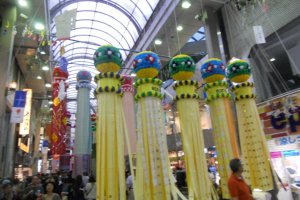