Tokyo is one of the world's busiest railway stations, with numerous connecting lines flowing under the building. Nonetheless, just a hour and a half away is Sendai Station, offering almost the same number of services as Tokyo.

JR Sendai Station connects the Tohoku Main Line, Senzao Line, Senseki Line, Joban Line, Sendai Airport Access Line, Tohoku Shinkansen Line, Akita Shinkansen Line and Nanboku subway all together in one spot. This makes Sendai a really busy station and as such, there is a great ecosystem of stores, shops and convenience stores located all within the station.

If you are taking the last train out from Sendai to Akita or Shin-Aomori, you may get to witness the famous image of both the Hayabusa Tohoku Shinkasen and Super Komachi Shinkasen trains combined. It is definitely a sight to see and worth the wait for train fans. On the other hand, if you are going from Sendai to Tokyo, the first train departs at 6:36. The Hayabusa takes just 91 minutes to Tokyo, while the slower Yamabiko takes 116 minutes, with the last Yamabiko train at 21:48.

What I found interesting about the station is the amount of artwork and decor that goes around it. An example is the stand-up board of the Hayabusa Tohoku Shinkansen placed right outside the ticketing booth. So if you are coming with friends or family, snap a picture with the board and pretend you´re the Hayabusa Tohoku Shinkansen Train driver. Next to the board stands a replica model of Sendai station and it shows just how big the station is.

There is also a huge mosaic stained glass display at the first floor of Sendai station, towering over the very commuters that use the station and it is reminiscent of chapels and churches with their intricate mosaic designs. Next to the mosaic piece is a huge weather screen, informing travelers of the day's weather and the forecast for the coming week. In addition, there is a touch enabled information map for all travelers to use and to find the stores they want, exits they need and more.

The best thing of all, just a step out of Sendai station and you will be in the epicenter of Sendai City, where all commercial and shopping activities can be found. On the West exit are the SPal, Loft and Sakurano Department Stores, while Yodobashi Camera store is outside the East exit.

As such, back to the rivalry between Sendai and Tokyo Station, I feel Sendai can confidently declare itself as the station bastion of the East. 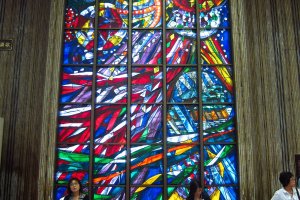 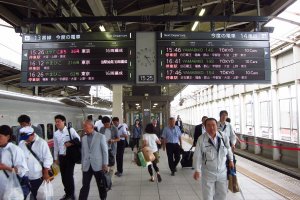 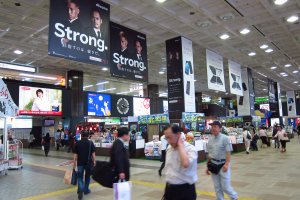 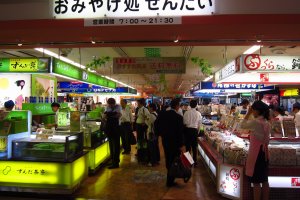 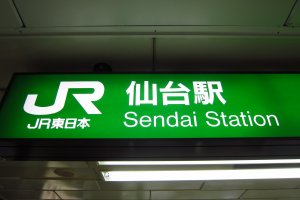 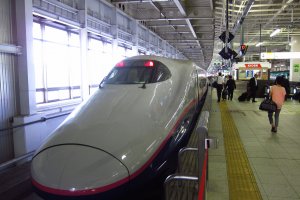 Justin Velgus 7 years ago
The picture of the stained glass in the article is a popular meeting place in Sendai. You can think of it as Sendai's version of the Hachiko Station in Shibuya. The other popular meeting spot in the city is at the Disney Store on Hirosedori Avenue, right in the middle of the restaurant and nightlife district.
Reply Show all 0 replies
1 comment in total