Pilgrimages to holy places take place around the world, and Japan is no exception. Perhaps the most famous pilgrimage in Japan, besides a one time stop at the Grand Shrine of Ise, is the 88 temples of Shikoku. Less famous pilgrimages certainly exist around the country, but you may have to do a little digging to find them. The capital of the northeast region of Japan known as Tohoku may be the hidden treasure you yearn for. With its easy access within city limits, adjustable completion  time, and collective history, Sendai's 33 Kannon Temples are calling all pilgrims!

Living in Sendai, I found myself attracted more and more to Kannon. First was the spectacle of one of the ten largest statues in the world, also a Kannon, watching over the citizens of Sendai from the nearby hills. Then I ran into Kannon statues again while strolling an alley full of drinking establishments. I even went with other citizens to pray at a new Kannon statue constructed in tsunami-ravaged Arahama around the time of the three year anniversary of the 2011 earthquake and tsunami. The Buddhist deity of mercy and compassion was originally represented as a male, but when Buddhism spread from India through China and Japan Kannon was given a female form. As a guardian and guide in life to the common and wealthy people alike, the fourth generation of the Date clan, the founding clan of Sendai, realized the benefits of bringing the blessings of Kannon to the center of the clan's domain. He ordered the construction of 33 Kannon temples. That was over three hundred years ago, but some believers and travelers continue to make the pilgrimage, despite many people in the city not even aware of its existence.

Traversing the city in search of prayer and to give thanks is an awesome experience. Thanks to the flexibility and openness of religion in Japan, anyone can visit a temple to pray, learn the history, or just check out fascinating architecture and beautiful gardens. Visiting temples in rapid succession throughout one day, you'll be able to appreciate everything from a small shack of a temple behind parked cars at an apartment parking lot to grand temples inside modern buildings which glitter gold or dazzle you with Buddhist art. The temples were here long ago and the city developed around them. There are several different ways to enjoy the temples depending on your budget and time schedule.

The first thing to remember is there are a lot of temples--33 in fact (well 32 at the time of this writing because one is under repair from earthquake damage). Why 33? It is said Kannon can transform into 33 different forms, and the feudal samurai lord probably didn't want to risk not appeasing anything less than every possibility. All temples are in Sendai, with several just on the other side of the Hirose River which marks the edge of the downtown area. Some are a few minutes walk from one another, others are almost too far to walk to. Any traveler could easily visit a temple or several in just an hour or so. Only the most hardcore pilgrim would walk the entire circuit in a day, and I am not even sure if that is possible given time and energy restraints. Other people drive and I am tempted to try some of the route by bicycle. Doing the route in order from 1 to 33 or in the reverse has been traditionally popular, but there is no set path. This is good news as consecutive numbers are not always the closest temples.

A nonprofit organization (see the website linked to this article) runs three walking pilgrimages a year. They break the trips into roughly 11 temples each time. There is a participation fee of 2500 yen each time which can be be sent by mail or bank transfer. Thus, this option is best for those probably living in Japan. Guides and your big, happy group of up to 50 participants will walk the streets, occasionally but not always, being told a little bit about the temple you visit by a priest or local caretaker. The signup process and pilgrimage is mostly all Japanese, but some of the organizers speak excellent English and all are welcome.

When I went on the tour, everyone had their own temple pilgrimage guidebook. Sold at many bookstores around the city (ie Ayumi Books), the book's cover made of traditional Sendai-style handmade paper quickly catches your eye. Each cover is one of a kind, so you should be able to find a pattern or color to suit your tastes. Inside the all Japanese book is a brief description of the history and directions of each temple. The left side pages are blank so you can receive commemorative stamps, seals, and sometimes calligraphy put in your books by the priests as proof of your visit. Each temple has special designs with some stamps and writing works of art in their own right. The book is 2500 yen and commemorative stamps are a 300 yen donation at each temple.

Your last option, and the cheapest is to figure out your own route of the circuit or which temples you want to visit using this Japanese site or see if locals in the know can point you in the right direction. Completing a pilgrimage of this length and exploring the city while reflecting on yourself and life itself is a worthwhile experience for those with time. Have a taste of Edo period history outside of Tokyo with the 33 Kannon Temples of Sendai.

In Sendai and want a pilgrimage which could be done in a few hours? Try the Seven Lucky Gods route. 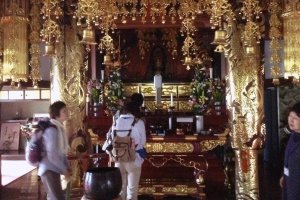 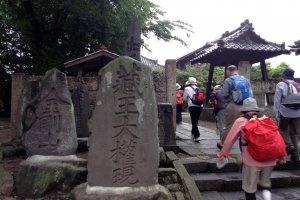 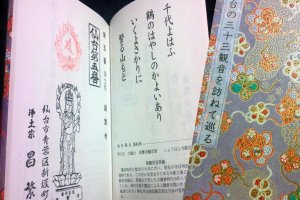 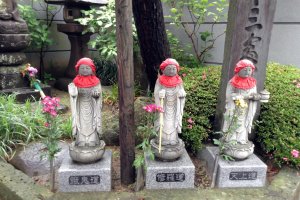 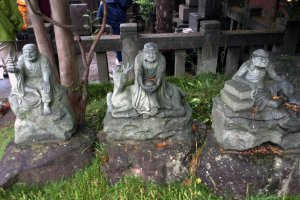 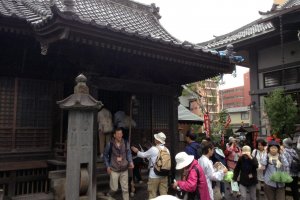 Justin Velgus Author 5 years ago
@Melissa Yes, I was just as surprised as you to hear this, so I had to do it. With 33 temples around the city, some are easily accessible, but still hidden. I prefer those temples--there is one close to Nagamachi Station, but it is hidden in an alley with just a small sign in Japanese pointing towards it. I can't recall the name or number at the moment. I have been to 30 or 31 of these temples. One of the temples I mention is under reconstruction and one I missed because one of the tours had to change plans. My favorite, again I will need to look up the name, is on the opposite side of Hirose River up some stairs on a hill. It has some cool Buddhist art and stuff, but it is most memorable because it was the last one I went to on my third tour. The Buddhist Priestess (yes, a woman) blessed us with a ceremony, and then we drank tea and ate cookies. That is certainly my favorite and I hope to go back someday.
Reply Show all 0 replies

Melissa Hill 5 years ago
Amazing! This looks like something I'd really like to try. I have always been fascinated with Shikoku's pilgrimage, or the several pilgrimages that people just randomly took up to go to Ise Jingu or anything like that, so it's nice to see that there is one right in my back yard, (so to speak)! Out of curiosity, how many temples have you visited? Have you gone to all of them? Which one is your favorite so far?
Reply Show all 0 replies
2 comments in total