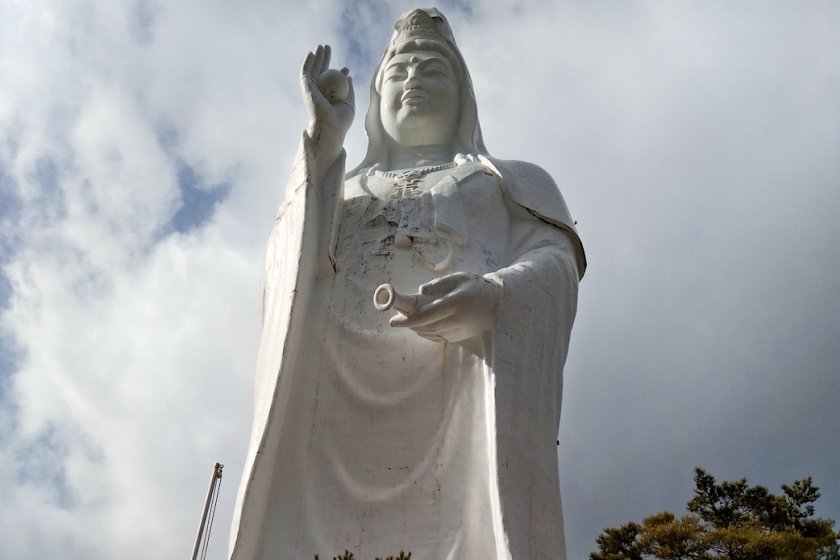 The Guardian on the Hill

Sendai Daikannon, the Goddess of Mercy

When I moved to Sendai in 2013 I did my best to get out and explore all the great places Sendai has to offer. But while I explored here and there around the city, I always felt like I was being watched. From the upper floors of the school that I work at in the suburbs and even from the observation deck of the centrally located AER Building on a sunny day, there in the distance is a Godzilla-sized white figure.

It’s Sendai’s Daikannon statue. Daikannon is the representation of the Japanese Buddhist Bodhisattva, the Goddess of Mercy. And it is BIG. Soaring 100 meters (330 feet) into the heavens, the Daikannon stands firmly on a hill overlooking the city—and an adjacent golf course. I heard it also makes some guests in the nearby hotel uncomfortable, especially when they see the innocent deity peeking into the rooms when couples are trying to have some romantic time!

But back to the point. Despite being the tallest statue in the world when constructed and still ranking among the Top 10, the Daikannon is oftentimes left out of tourist guide books, probably to highlight more central and historical locales. Seeing this modern marvel’s size is reason enough to get close and personal with your own visit. But, believe it or not, there is an even bigger Buddhist statue just a day trip from Tokyo. Though I have yet to visit that, so let me share Sendai's treasure.

When you reach the pure white Daikannon via a 30-minute bus ride or drive from Sendai station, you are struck in awe at its size. You will quickly notice that the Daikannon is holding some things in her arms. The jewel in her right hand can grant wishes while the water flask in her left hand pours the water of wisdom. Enter through a dragon’s mouth at the base of the statue to take a look inside.

Pay your reasonable 500 yen admission and you are free to explore. Before anything, I noticed how cool it is inside the statue. As such, I highly recommend it for a hot summer day. Taking a break from the outside heat I leisurely walked around the inside of the statue to take everything in. If the novelty of a giant super humanoid figure distracted you earlier, it is now quite clear that this is also a place of worship and reflection. Kannon is generally depicted in the female form in Japan. She has 33 shapes or forms, represented on the ground floor by 33 different sculptures. Opposite these are twelve demonic creatures each representing a month from Chinese astrology. You may want to bring many coins if you want to make a donation because every statue inside the Daikannon accepts offerings, but they are by no means required.

After the ground floor, it is time to go up. Apparently some people climb the twelve stories of stairs as a sort of pilgrimage. Most people though, like myself, just use the elevator. Get off at the top floor, walk through a prayer area, and you came to the best part of all: the view! While there are some tall buildings in Sendai that offer great views from the city outwards, Daikannon is one of the only few buildings large enough to command a view of the low-laying mountains into the city center. On clear days it is said you are able to see the Pacific Ocean. Several windows cut right into the front, back, and sides of Daikannon provide excellent views.

If you came up the elevator, do not go use it to go back down. You should walk down the stairwell to see 108 Buddhist statues. Each statue represents an earthly desire that humans have. Have an issue with jealousy? Selfishness? Greed? There’s a statue for that. Find the appropriate statue, put a small offering in the box or directly on the statue itself, and say a prayer. Maybe this negative aspect of your personality will vanish in time. Every statue is different and they are all pieces of art. Some incorporated animals while others lounged around waterfalls or atop lotus flowers. Several floors of more statues lead you back to the entrance. Charms and souvenirs are for sale as a souvenir of your journey. There is a temple and shrine behind the statue, but they are fairly standard in appearance and function.

For its commanding presence over Sendai, along with its religious and human engineering significance, make sure to put the Daikannon on your itinerary when you come visit. And don't forget to take a selfie. See more photos of the statue here.

From Sendai Station, catch buses 815 or 825 (bound for Nishi-Nakayama) or X910 (bound for Shie Bus-Sanezawa-Eigyoshomae) - alight at Sendai-Daikonnon-mae in both cases.

Find out more about Sendai Daikannon. 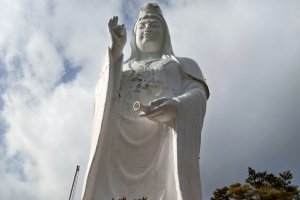 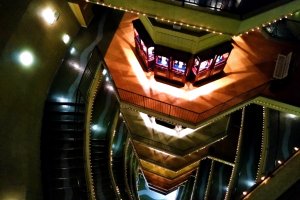 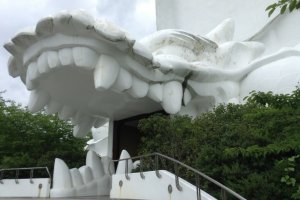 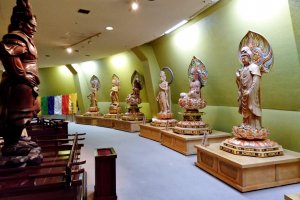 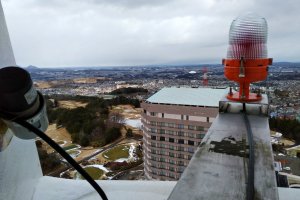 Geraldine Buergel a year ago
Looks like Daikannon is well worth a visit!
Reply Show all 0 replies

Elena Lisina 2 years ago
I could see Daikannon only from afar. Is it possible to get there by any public transport?
Reply Show all 2 replies

Tom Roseveare 2 years ago
Hi Elena, from Sendai Station you can catch buses 815 or 825 (bound for Nishi-Nakayama) or X910 (bound for Shie Bus-Sanezawa-Eigyoshomae) - alight at Sendai-Daikonnon-mae in both cases.
Reply

Elena Lisina 2 years ago
Thank you, Tom. I find using buses difficult as they usually don't have signs in English, in Sendai as well. I wish I could read Japanese! :)
Reply
5 comments in total