One of the most popular things to do in Japan is relaxing in a spa or natural hot spring bath called onsen. There are special onsen towns located on natural springs as well as onsen that make use of natural that is found in the city.

In Sendai, you will find Oedo Onsen Monogatari located in the new Korona no Yu building, just a short walk from the Tanabatakan museum. Similar places in Tokyo are rather expensive, for instance the simplest service in SpaLaqua (in Tokyo Dome City) including using baths and towels cost 2850 JPY while in Sendai Oedo Onsen the fee is a mere 500 JPY. You can bring your own towels or rent them 200 JPY. A locker is 100 JPY, so the maximum you’ll spend is 800 JPY.

Sendai Oedo Onsen has separate female (marked with red curtain) and male (marked with blue curtain) indoor baths but they are very spacious. According to onsen etiquette, you have to wash well before using public baths. For that reason onsen are equipped with individual shower spots with a shower, small basin, a low stool for sitting while washing and free shampoo and body soap. Of course, you can bring your own washing products. Onsen also feature toilets, shower, drinking water (free) and vending machines with a variety of drinks.

Large public baths differ by temperature and as well as by water massage facilities for feet, legs and other part of a body. I particularly enjoyed the leaning water fall flowing down the wall. It was very relaxing. There is also a sauna and a pool with icy cold water.

I usually take my time and spend a few hours in an onsen, but please, be careful when you use it for the first time. After an onsen experience you may feel hungry. There is a good café right by the exit with all kind of hot and cold dishes, including desserts and sweet ice for cooling down.

Oedo Onsen Monogatari is open every day from 8am until 2am the following day.

Located in the Korono no Yu building, Oedo Onsen Monogatari is short walk from Rikuzen-Takasago Station on the JR Senseki Line. 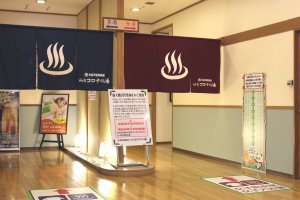 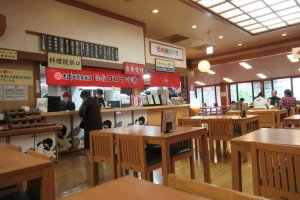 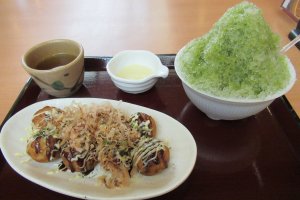 Kim a year ago
I’ve been to the one in Tokyo! It’s a fun day out.
Reply Show all 2 replies

Elena Lisina Author a year ago
It's much quiter in Sendai!
Reply

Kim a year ago
I bet! I've been enjoying your posts about Sendai recently!
Reply
3 comments in total