10,000 runners take to the streets of Tohoku's capital

Early May
Venue: KOHSHIN RUBBER, Athlete Park When: Early May 2023

The runners' hearts beat to the furious rhythm of the drums, dancers twirl their fans like the feathers of a sparrow, and thousands of spectators shout ganbatte, do your best! to the blurs speeding past them. This is the Sendai International Half Marathon. Each May, the streets of Sendai come alive as 10,000 runners, 2000 volunteers, and thousands of fans come together for one big day of fun.

In recent years the Sendai International Half Marathon has become more popular, drawing larger crowds and more athletes. While most participants in the race are unsurprisingly Japanese, foreign residents, visiting athletes, and invited representatives from Sendai's sister cities are mixed in the masses. If you want to run in the marathon you will have to be quick in more ways than one. First registration happens more than three months prior to the event.

Even though there was a three-day signup period, if the limit of participants is reached, registration is closed. Registration instructions in Japanese and English can be found on the official website. The other thing to keep in mind is you must be fit to run this race. Unlike some marathons, there is a total time limit of about two and a half hours. Along the course are checkpoints. If you don't reach a checkpoint by the cut-off time you are asked to leave the race on the spot. This is to return normal traffic flow to the city as fast as possible.

The racecourse itself takes runners, and athletes in the wheelchair division, through some of the best views the city has to offer. Starting a few blocks behind Sendai Station, athletes first blaze through residential apartments and office buildings before seeing some of the greenery the city is famous for. Continuing up Aoba Avenue and rounding a corner towards Nishi Koen (Westside Park), runners are relieved with a water station set up by some of the many volunteers. It is fun watching the race from here as picking up a cup of water while on the run did cause some chaos and several volunteers nearly had their heads chopped off trying to retrieve discarded cups between the gaps of swift moving people.

When spectating or running, however, the best place in my opinion is Jozenji Avenue. First and foremost the street is lined with beautiful towering Japanese zelkova trees. These symbols of life provide much-needed shade to briefly cool the participants. The athletes run the length of Jozenji Avenue then double back on the same street. You can see the endless stream of runners twice with all the other activities taking place at the same time.

The raised center divide of the street is filled with citizens performing the traditional Sparrow Dance created 400 years ago by laborers constructing nearby Aoba Castle as a form of entertainment. The dance is always accompanied by drums and flutes. Other performers are also about, along with local characters and mascots. On the festive day, the street is a spectacle itself. And when the race is over, you are already downtown, ready to enjoy some local cuisine or unwind in a cafe. 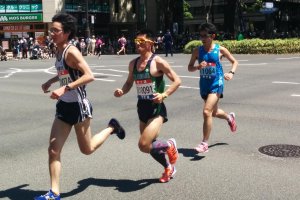 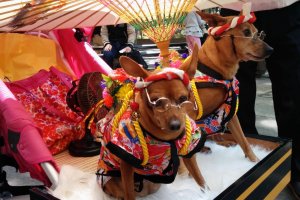 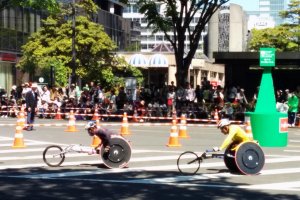 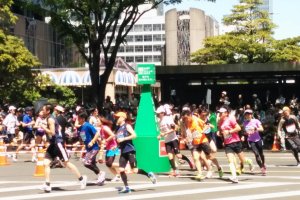 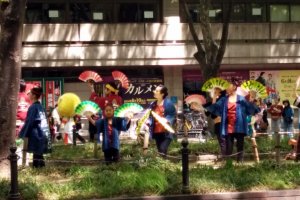 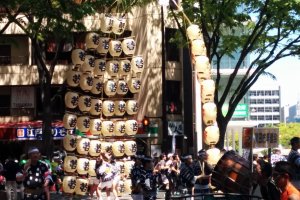 Justin Velgus Author 7 years ago
I ran and completed the 2015 marathon. The time limit of 2 hours and 50 minutes is not so bad, but the check point times during all but the last part of the race are very strict. If you can't make the checkpoint time, you must stop the race. I was 10 minutes before one, and 7 minutes before another!!! I guess I should have practiced more!!!
Reply Show all 2 replies

Bonson Lam 3 years ago
Good on you Justin! This is a mental and a physical challenge. It took me six months of training for my mini triathlon, I over paced myself and made it an uphill challenge on the last running leg. But running to the sound of the taiko drums and the dancers here in Sendai makes this one of the world's more culturally enriching marathons.
Reply

Justin Velgus Author 3 years ago
I just ran the 2019 marathon. I improved by 30 mins! I can't imagine a triathlon! Maybe in the future...like another lifetime.
Reply
3 comments in total