Tanabata is an annual festival honoring Japan's traditional story of star-crossed lovers. Based on tradition and the naming convention (the Kanji for Tanabata is 七夕, or "seven" and "evening"), most areas of Japan typically hold the festival in July around the night of the seventh. Sendai is unique in that it has long-held its Tanabata Festival in August, sometime around the 7th of the month. It is also unique in that it celebrates each element of Tanabata on a far grander scale than anywhere else in Japan.

Tanabata is an event with many symbols. While the festival itself began as a celebration of lovers wishing to be together, it since evolved to encompass wishes of all kinds. A key symbol of the festival is now a bamboo plant with wishes tied to the branches like streamers. The Sendai Tanabata festival takes this further by bringing the largest possible bamboo plants and displaying them throughout the city center with wishes attached. Further, the city has a tradition of crafting and displaying ornaments and streamers of all shapes and sizes, making for a truly unique, colorful, and amazing sight.

In addition to the displays set out for the event, the Sendai Tanabata festival has a series of performances and special demonstrations. These include live music, traditional dances, school-age performances, and a spectacular fireworks show.

One of the most interesting aspects of Sendai's Tanabata festival is that the entire city seems to chip in for it. Local businesses and organizations contribute their large ornaments with streamers along Sendai city's shopping arcades. Schools contribute to performances and decorations. Individual homes and places of work put out their own small Tanabata displays to keep the pop of color and tradition flowing even beyond the designated festival areas. It is truly a sight to behold.

The Sendai Tanabata typically takes place over the course of three days, with separate events and festivities on each of the days. The event runs from late morning into nighttime hours. For specifics on the current year's festival, be sure to check out the city's Tanabata Matsuri website.

Sendai's Tanabata Matsuri is spread out across the city center. All of the event locations are within walking distance from Sendai station, accessible via JR East lines (including the Akita and Tohoku Shinkansen), the Sendai Airport Transit line (with direct route to Sendai Airport), and Sendai Subway lines.

If driving, the festivities are about a 10 minute drive from the Sendai-Miyagi interchange on the Tohoku Expressway. 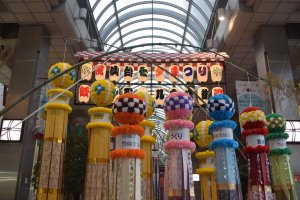 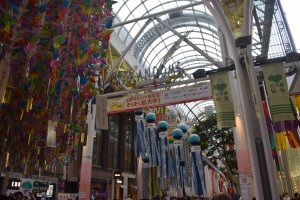 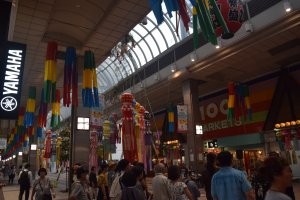 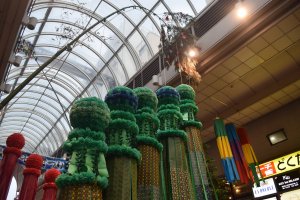 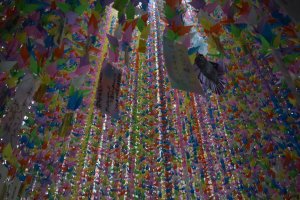 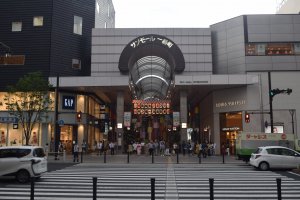 Elena Lisina 2 years ago
It's my dream to visit Sendai during Tanabata Matsuri! I saw Tanabata decoration in Tanabatakan only and was impressed!
Reply Show all 0 replies

Sherilyn Siy 2 years ago
Those are the biggest ornaments I've ever seen.
Reply Show all 0 replies

Sleiman Azizi 2 years ago
A celebration reaching into all parts of the area? Those two star-crossed lovers have certainly created a stir...
Reply Show all 0 replies
4 comments in total