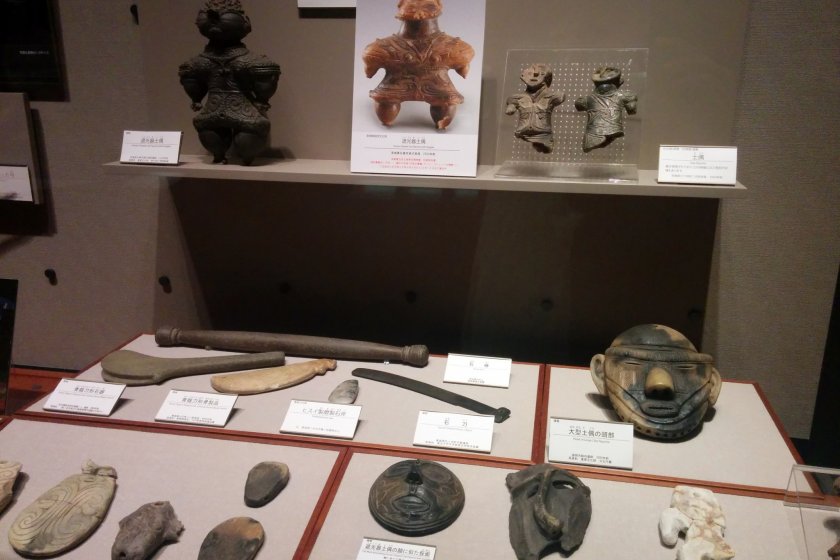 A museum of history of the northeast of Japan

Various Jomon ritual artifacts, several of which I have personally never seen before

Those interested in Japanese history tend to focus on the rise-fall-and-rise of Tokyo or the old capital city of Kyoto which was spared during WWII. However, the northeastern part of Japan known as Tohoku has its own history, one of which tends to involve more traditional cultures, people, and some lesser known but very powerful samurai clans. It's an eye opening experience and a part of Japan fewer people have studied about. Thankfully, you can get an excellent introduction with the Tohoku History Museum.

Located in Tagajo, Miyagi Prefecture, the museum is easily accessed via a 14 minute train ride on the Tohoku Honsen Line from Sendai Station. Depart at Kokufutagajo Station, and the museum is right there. There is also a large parking lot on the other side of the building. The museum is not only easily accessible but internationally friendly as almost all exhibits have a Japanese and an English explanation. The English is just as long of a description in most cases, and it is mistake free.

The permanent collection is located in one giant room with a marked course. You'll travel time with every step as you traverse from the Stone Age and back. Being a big history fan myself and having been to more than a dozen historical museums around Tohoku, I had some high hopes, most of which were fulfilled. The Jomon era, with its stone tools, ritual artifacts, fossilized shell mounds, and even an actual grave with a human skeleton were very impressive. I have been to the Oyu Stone Circles of Akita, a Jomon Village Museum in Miyagi, and the famous Sannai-Maruyama Site in Aomori, but even still, at this museum there were several pieces I saw for the first time and lots of new information I was able to learn about the ancient people of Japan. The Jomon area is extensive, while other areas of history are represented with some great artifacts, though not as extensively. I really enjoyed a room full of dolls (and monsters?) made from straw. These dolls ranging in size from a child's play thing to a baby Godzilla showcase the traditional and ritualistic beliefs the people of Tohoku carry on to this day. In other areas of the museum, some ancient battles are mentioned with just a taste some swords and armor, while any mention of modern wars with Russia, China, Korea, or the US are notably absent. That would not be so apparent expect that at the end of your walk through time you find a postwar house with mixed Japanese architecture and western luxuries with no mention of the war. Around the corner there are three single room exhibit halls which rotate exhibitions. There was no English here but some interesting displays worth checking out since it is included in your 400 yen admission price. When I visited there were theater masks and folding screens. Again, these displays also highlight Tohoku pieces. There is a special exhibition area too, which costs an additional fee.

There are several fun extras which make visiting easy and family friendly. An onsite restaurant offers various bento style or set menu lunches which you can eat inside or outside along the large artificial pond. The restaurant boasts a rice dish made by using an ancient style of cooking in a special fire-heated pot. The pond is quite peaceful despite its concrete border. I was shown pictures and told occasionally there are court music performances or children race boats carved from logs, just like the ancient Japanese would have used. Also outside is the Konno Residence: an Edo style house and surrounding buildings that were transplanted and restored from the north of Miyagi Prefecture and placed right in the museum's backyard. The house features a thatched roof, large open kitchen where the fire burns all day (the smoke drives out the bugs), and some displayed artifacts from daily life. Inside, on the top floor of the museum is the children's museum which has some easier to understand and more entertaining exhibits, several which are hands on. I didn't go with a child, so I decided not to step inside.

All in all, the Tohoku History Musuem is an excellent overview of Tohoku history with some fun detailed informational points and many interesting exhibition pieces. Highly recommended for the history novice or expert wanting to learn more about Japanese history in this part of Japan. 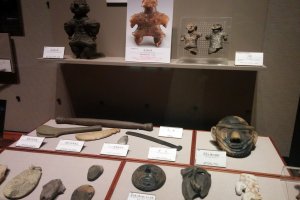 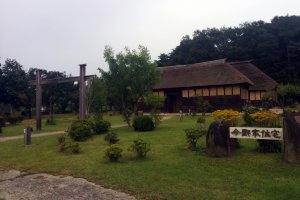 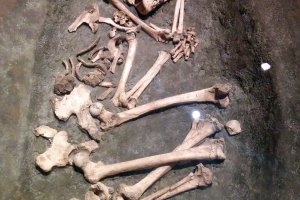 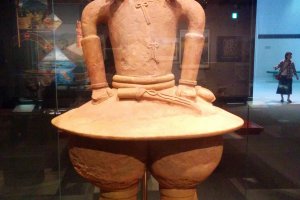 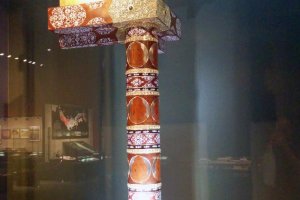 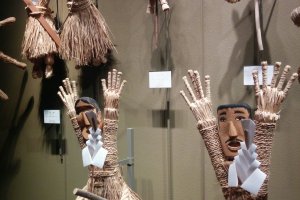