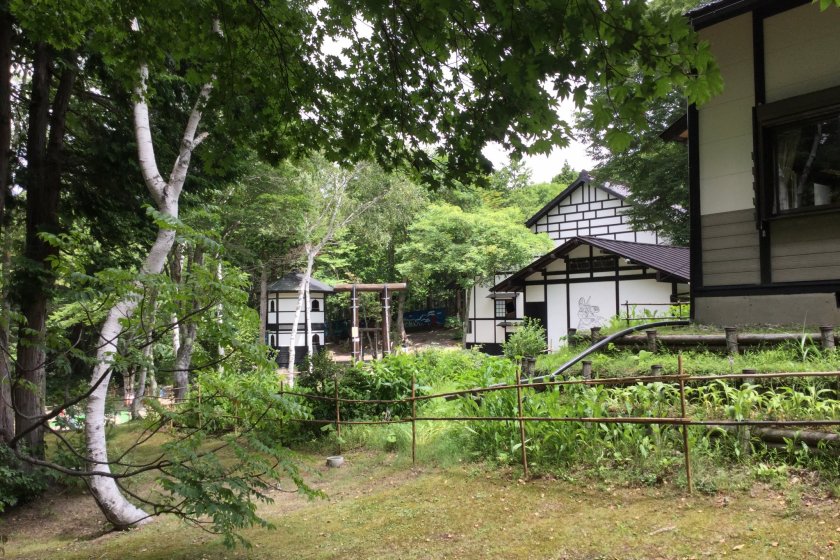 A 45-minute maze through an old ninja house

Interactive grounds of the Togakushi Folk Museum. One of the buildings is the Ninja Trick Mansion

You read that right. It took us 45 minutes to get out of this deceptively normal looking house. (Unfortunately, no photos were allowed within the compound so the photos for this article were taken from outside).

The Ninja Trick Mansion is one of the attractions of the Togakushi Folk Museum, which is nestled in the forested mountains across the road from the Upper Togakushi Shrine. It was the first thing our family decided to check out. The trick mansion looks like an ordinary large countryside house. At the entrance, an elderly man took our ticket and instructed us to remove our shoes. While we were doing that, two girls stumbled out and exclaimed, "Goodness! I thought we would never get out of there!" My husband and I rolled our eyes. Really? Is it really that difficult to navigate?

With no further instructions from the staff, we entered the maze. A written warning on the door we closed behind us says that we cannot exit the same way. It was dark and cramped inside. We went up to the second floor and through ominous looking rooms with narrow passageways. Some of the walls swung instead of slid. A picture scroll hid a passage to a different room. And most dizzying of all was an entire room set at an angle. It was completely disorienting to enter this diagonal room. We felt like the room was moving (it was not) and after a while, we started to feel woozy and wobbly.

For the next 30 minutes, we kept circling and circling the second floor. We could not find anything that led to any stairs back to the first floor. There were two other families going around in the same circles. Our kids started to panic. There was a telephone to ask for help in case of emergencies and I was very tempted to call.

Now, as more people entered the maze, one kid finally figured out that something in the room could be pushed a certain way and it led to a new room that had the stairs heading down! (So really, if there are too many visitors at one time, the maze would not be as fun as it would be just a matter of following people through it rather than figuring out the maze yourself).

When we finally made it out, we said the exact same thing the girls said. "We thought we would never get out of there!"

Try the maze yourself and see how fast you can get out!

Bus number 70 from Nagano Station heading towards Togakushi stops at Togakushi-Okushairiguchi (戸隠奥社入口). Bus fare is pricey at ¥1350 per person one way so driving might be a better option for families. Ample parking spaces are available next to and opposite the museum. 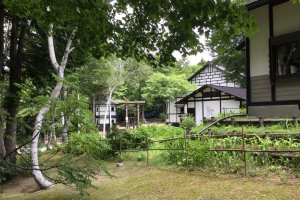 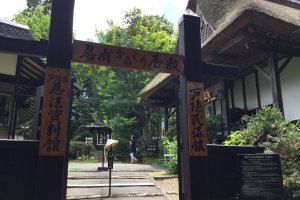 Renford Esau Sinangote a year ago
I'm sure this will be something I will enjoy! And you didn't give away too many details so that makes it even more mysterious! :-)
Reply Show all 0 replies

Diagoras Kalaitzoglou 2 years ago
That sounds like a lot of fun, will definitely check it out when I visit Nagano. I'll try to go on a time where there will be as less people as possible :)
Reply Show all 0 replies

Elizabeth S 2 years ago
I’ve been though this trick house a few times, and the first time, it took forever. But it was fun because the “tricks” are clever.
Reply Show all 1 replies

Sherilyn Siy Author 2 years ago
They were clever! I'd love to explore it more leisurely next time. The kids freaked out a bit when we kept circling for 30 minutes.
Reply
4 comments in total