A Japanese castle with European ties

Numerous Japanese castles can lay claim to a great view from their towers. Not all castles, however, can claim to have looked down on the making of history.

The current keep of Hirado castle dates from the post-war period (around the 1960s), but a castle was first built on this site in 1599. From these heights, the lords of the region - the Matsura clan - had a bird's eye view of the protected harbor of Hirado town below. Between the late 1500s and mid 1600s, this small harbor on an island just off Nagasaki prefecture's northwestern coast served as a major trading post between Japan and European powers, before the famous trading enclave of Dejima even came into being. Both the Netherlands and England established trading posts here and the Matsura clan grew rich off of their relationship with the foreign traders.

Sadly, the original castle was burned to the ground in 1613, on the request (or rather, the demand) of the Tokugawa shogunate. A new castle was built on the same site in 1718 and was used as the ruling seat of the Matsura clan until the Meiji Restoration rolled around (1867-8).

The donjon and most outbuildings may be only half a century old but two of the castle's wooden gates date from the early 1700s. You can see another of the castle's old gates in the donjon's exhibits, along with a sword known as the Kanto-no-tachi that dates from the Asuka Period (538-710) and was allegedly used in battle in Korea. Of note as well are some ukiyo-e (woodblock prints) of the Hirado's early European residents.

The views from the castle's top floor are worth the four-story climb. You won't spy any ancient Dutch trading vessels but you might see the local Hirado-Oshima ferry plying the bay on one of its daily runs.

Hirado Castle has a free parking lot next to the tourist information center at the bottom of the hill. From here, it's a 10 minute hike uphill to the castle gate (¥500 for admission). The castle is open from 9am-5pm every day of the year, save for December 30th and 31st. 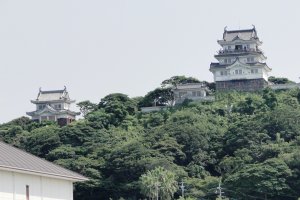 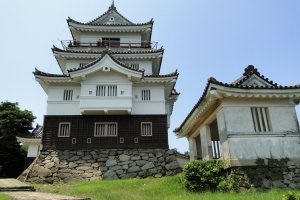 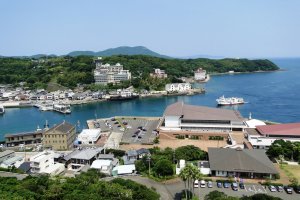 Mandy Bartok Author 7 years ago
Hirado is a great little town. I hope you have the chance to make it up there soon!
Reply Show all 0 replies
1 comment in total