I spun by Sasebo in Nagasaki Prefecture for dishonourable intentions - to eat my way around Sasebo’s much written about 100 or so burger joints. I was surprised to discover that there was more meat to Sasebo than its burgers.

Sasebo, to the north west of Kyushu, has a bounty of sea and green landscapes, hence its nickname, Sea Wind Country. Off its 826 km-long coast are the Kujukushima Islands, 208 of them. Mostly uninhabited, they present a seamless intermeshing of forests and sea, visible from three observation decks at Tenkaiho, Ishidake, and Yumihari.

I went to Ishidake, the largest observatory with a 360 degree view of humungous clumps and clusters of endless deep green that seem to be floating in a mist of blue, smoky sea. The bus from Sasebo to get there meanders through twisty, narrow mountain streets with houses clustered close on the edges, passing Sasebo Harbour, and the sealed off hush hush US Naval Base. Here, every one craned their necks straining to get a close up peek, including me.

Another delightful discovery was a small seaside park, with many picturesque scenes all the way to and around the beach front. I came upon this lucky find as I walked across the red iron Saikai Bridge to the entrance of Hirado, an old Dutch colonial town. Built in 1955, Saikai Bridge was then the world's third largest bridge, and the largest one in Asia.

Sasebo’s main drag is where the upmarket Japanese confectioneries and eateries are intersected by oldish, smaller spin-off streets. One of these is the Sasebo Yonkacho Shotengai, a sheltered arcade of 160 very Japanese stores, a memorable one being an old fashioned tea leaf shop with the fragrance of freshly roasting tea wafting out. Also noteworthy are the two traditional western grill restaurants, Hanachiyo and Gyuemon. The arcade is seemingly quite famous throughout Japan, called saruku, or "strolling around" in the Sasebo dialect. Wandering behind the town’s main centre, I came across a corner of old, blackened 50’s style shops. These may have been the Air Raid Shelter shops I had read about, and apparently the very old folks manning the shops are war time survivors.

To be fair, I did manage to eat and enjoy the Sasebo burger, but I found my surprises here to be much more filling and satisfying. To top it off, walking behind the Toyoko Inn where I stayed, and finding Sasebo’s Harbour promenade, where I could soak in coppery sunsets, I discovered on a rather forbidding steep hill, Japan's oldest church, Oura Church, with its saga of clandestine worship and martyred priests...

In Sasebo, every day showed me something unexpected and delightful. But that’s Japan, isn’t it?

A train from Hakata in Fukuoka takes you to Sasebo in about 2 hours. Buses are also available, taking about 30 mins more. 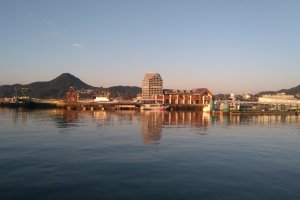 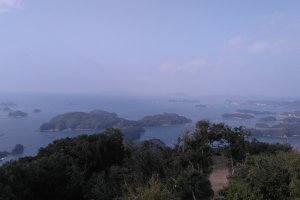 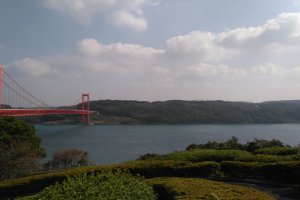 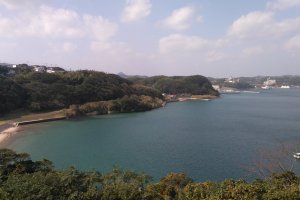 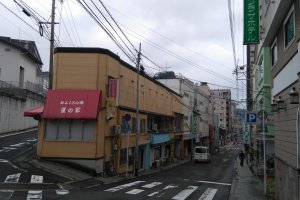 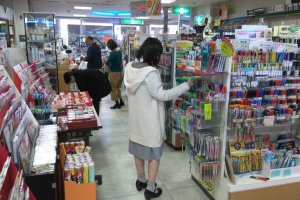 Kim a year ago
I'd visit for the burgers, too! 😆 Good to know there's plenty more to do in the area as well!
Reply Show all 0 replies

Sleiman Azizi a year ago
Loved reading this Arlene!
Reply Show all 0 replies
3 comments in total