If you're thirsting for a taste of the tropics during summer, Iki Island, located off the northwest coast of Kyushu, offers a surprisingly interesting taste of the tropics more accessible than Okinawa or Guam. Its roughly 145 km (90 mi) circumference is swathed in picture-postcard scenes, with craggy inlets topped with forested hills, pristine natural sand beaches, dramatic cliffs, idyllic fishing villages, deep natural coves, smaller islands dotting the bays, and other natural and man-made wonders. The interior of the island is almost entirely green, with the natural lushness broken by cultivated fields of rice and barley, and divided by the few roads crisscrossing the island.

A sample one-night, two-day itinerary might include the Monkey Rock (almost too realistic to believe!), the small but powerful Harahogejizo (Six Bodhisattva statues), the dramatic Sakyobana cliffs, paradise-like Tatsunoshima Island which features an amazing white sand beach (accessible by a 10 minute ferry ride from the town of Katsumoto), Takanotsuji (Iki’s highest point at 212m), Dolphin Park, and for the more libertine souls, Sai Shrine (devoted to the erotic), all while squeezing in some fresh seafood and a night at a reasonable but well-appointed minshuku (a budget ryokan, or Japanese style hotel) in the Yunomoto Onsen area. With extra time, you might also try one of Japan’s 100 Greatest Beaches, Tsutsukihama, plenty of water sports at Nishikihama Beach, the Devil’s Footprint at Makizaki Park, a free Genkai Distillery tour, some golf, and perhaps topped off with Iki-gyu, beef from cattle raised on Iki.

If Iki is sounding too good to be true, it isn’t without a share of controversy. For those who have seen the 2009 Oscar-winning documentary The Cove and for whom dolphin parks and secluded inlets in small Japanese fishing towns might make you wonder, you are right to wonder. Back in the 1970s, local fishermen, who believed dolphins were responsible for lower catches, were slaughtering them in a secluded cove on Tatsunoshima. American activists documented the practice and subsequent international outcry led (at least partially) the locals to stop. They even went so far as to establish a shrine on Tatsunoshima commemorating the dead. The Dolphin Park was established as a sanctuary, although that too hasn’t escaped controversy as its dolphins were purportedly purchased from Taiji, the town profiled in The Cove. Despite this, Iki has done a lot to leave its troubled past behind, and has become a popular tourist destination for Kyushu residents and beyond.

Simple round-trip ferry tickets to Iki are of course available from the various ferry operators. However, if your Japanese is good enough to inquire, the operators offer deals on accommodation, food or “Iki Money.” I recommend that you take some time sorting through the constantly changing options when making reservations. Activities, accommodation and dining venues are available for any budget, from the shoestring (think free camping sites and all the fish you can catch out of the ocean) to the unlimited.

Getting around can be a challenge. Iki’s attractions are spread throughout the island, which makes taking a lot of them in difficult if you are pressed for time, but on the other hand means you will get to know Iki well. Getting around by scooter or car seems to be the best option. Buses are fairly infrequent. Bicycles are available for rent on the island for those in shape enough to deal with the ups and downs of the (sometimes quite) hilly interior. For those with a vehicle, cars, motorcycles and scooters can be brought on most ferry services, and for those without there are rental companies in most of the larger port towns.

Iki is accessible by ferry from Fukuoka (Hakata Bayside Place), Saga (Karatsu West Ferry Terminal) and by air from Nagasaki. The ferry rides take roughly 2 to 2 ½ hours, and the high-speed jetfoil service from Hakata takes as little as an hour. Ferry times change often so it’s best to check with the operators about current schedules.

Japan-living English school owner and frequenter of parks and other spots my son enjoys. 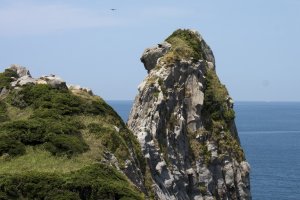 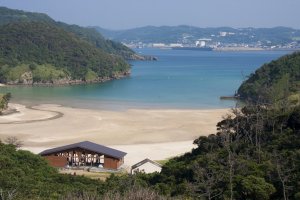 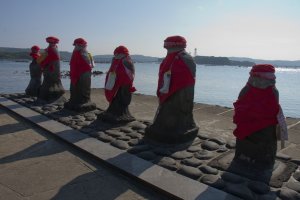 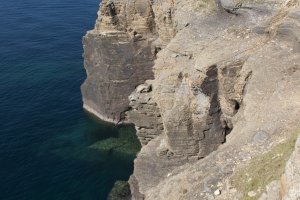 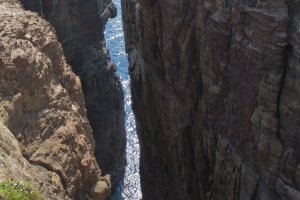 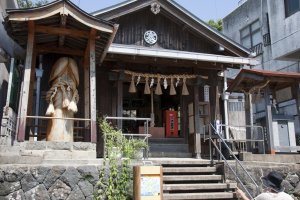