Remembering the victims of the atomic bomb

A thousand suns seared through a thousand lives as tears of horror rained out of the hearts of a city...

It is hard to put into the words the feeling one gets upon entering the Nagasaki National Peace Memorial Hall for the Atomic Bomb Victims. Tragically beautiful, Nagasaki's monument to the victims of that fateful day in 1945 is an unnerving place of deep reflection and quietude.

There is a vibe here, accentuated by the stark design and judicious use of light and shadow, of a silence begetting more silence, until I began to ask myself that most pressing of questions, why? An attempt to provide an answer is offered in the Peace Information Corner. Facts and figures are available here, touching, as they do, on dates, times, letters from survivors and so forth. Even names. 179,266 names are listed as victims of that day. Sombre in its isolation, a registry exists in the Remembrance Hall, the names of the silent in a hall of silence.

Even with all of this, the answers never really came. I don't know why. A small reflective pool at the end of the corridor leading to the Remembrance Hall only offered more silence. I gazed into that pool and waited for the placid surface of its water to reflect back an answer to my question, but I received no response.

Austere in its design, the Nagasaki National Memorial Hall for the Atomic Bomb Victims is a beautiful place, but not an easy one to enjoy. Absorb its silence, honour its memory, and be thankful you are here. 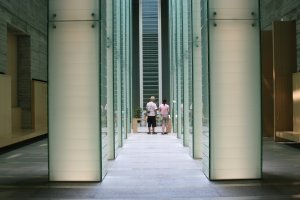 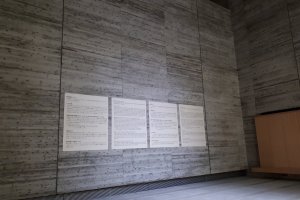 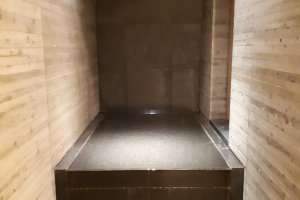 Sleiman Azizi Author 2 years ago
It is, in the most reflective of ways.
Reply
2 comments in total