A reconstructed castle in the shadow of Mt Unzen

Shimabara Castle was originally built at the dawn of the Edo Period (1600-1868). The five-story main keep with its gleaming white walls was supposed to serve as a symbol of the shogun's authority in the region. The castle was quite sizable, larger than many of its counterparts of the time. The local population was taxed heavily for its construction, a fact that created a simmering resentment of the new lord, Matsukura Shigemasa. Matsukura's staunch anti-Christian policies, in a region well-known for its Catholic sympathies, also aroused the ire of the local population. Both factors culminated in the Shimabara Rebellion of 1637-1638, where peasants tried valiantly to rebel against the lord's authority and were brutally crushed in the aftermath.

Much of this history, and the artifacts surrounding both the Shimabara Rebellion and the castle's construction (and eventual reconstruction), are on display in the well-curated museum that is now housed in the main keep. Excellent English signage serves to educate visitors on the Shimabara Peninsula's feudal history, from its ties to missionaries and hidden Christians during the Edo Period to its eventual destruction when the Meiji Restoration occurred. Samurai armor, paper money and lanterns emblazoned with symbols for Christian worship are just a few of the items in the museum's collection.

The top floor of the keep boasts stunning views in all directions, from the volcanic peaks of Unzen in the west to the Ariake Sea in the east. On very clear days, you can even see Kumamoto City on the opposite side of the bay.

The views of the keep itself are every bit as impressive, so don't miss a walk in the castle grounds. The sparkling white keep was rebuilt in the 1960s, based on architectural plans from earlier in that century. Some of the castle's outbuildings have also been restored, including the west turret. There is even a small museum on the grounds that highlights the 1990-1995 eruption of nearby Mt Unzen.

In the spring and summer, it's worth walking around the exterior of the castle to enjoy the irises and lotuses that bloom in the castle moat.

Shimabara Castle is within walking distance of the Teppo-machi Samurai District, where a few Edo-era villas still remain on a quiet unpaved street. 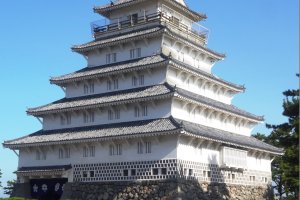 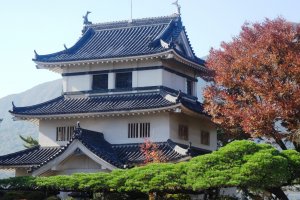 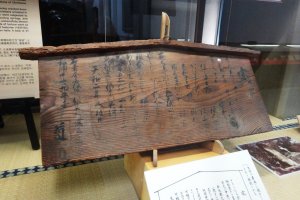