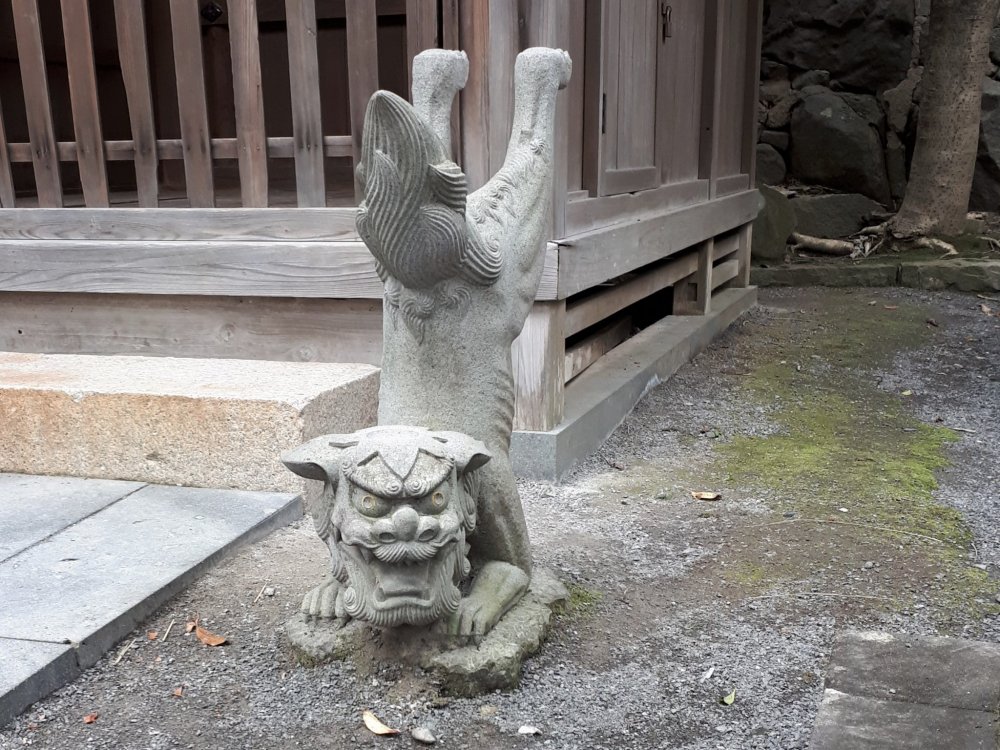 Komainu lion-dog standing.... watch over the shrine and warding away evil spirits. 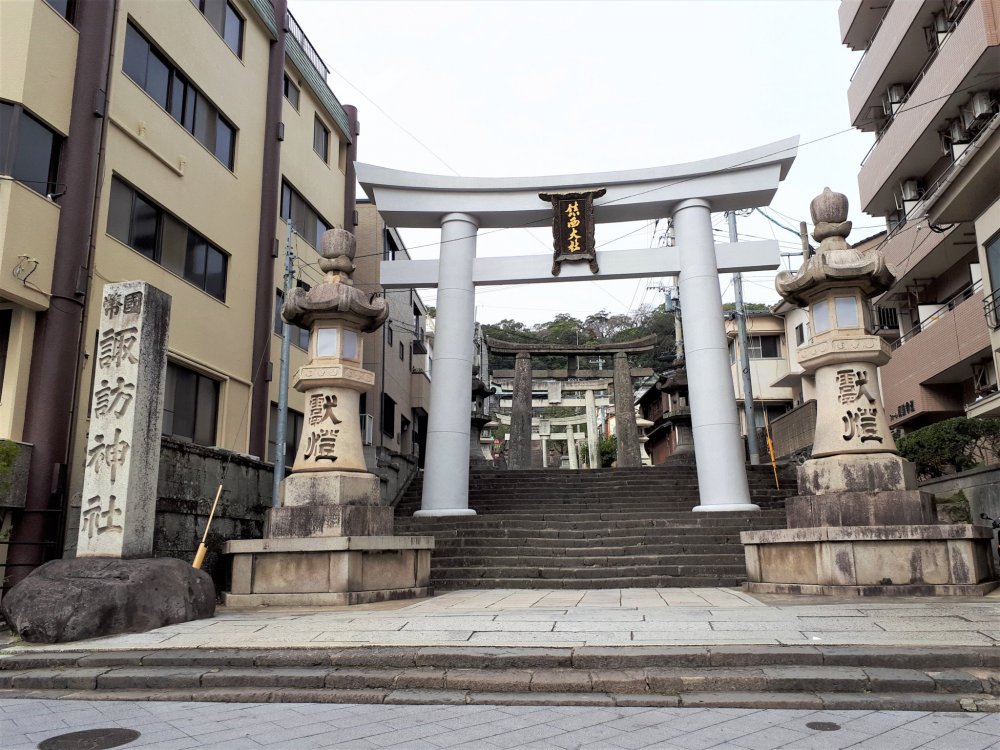 The bottom torii gate on the way to Suwa Shrine. Its solid stone construction lends it a very different vibe to wooden torii. 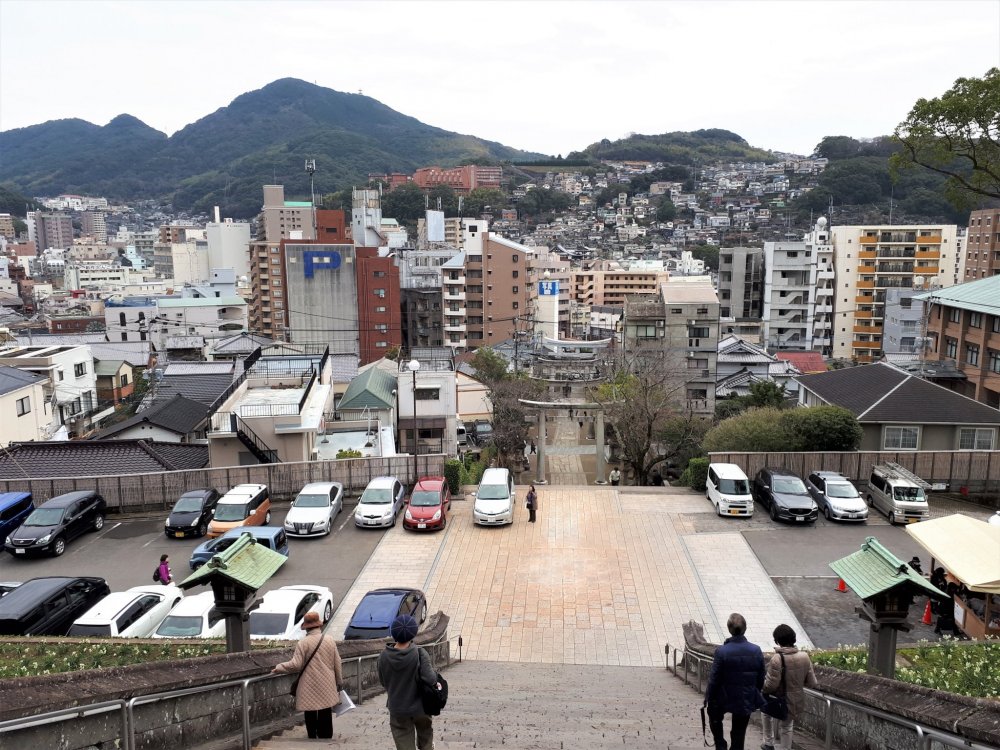 A view from the top. As can be seen, Nagasaki is quite hilly but of course, that is part of the city's charm and appeal. 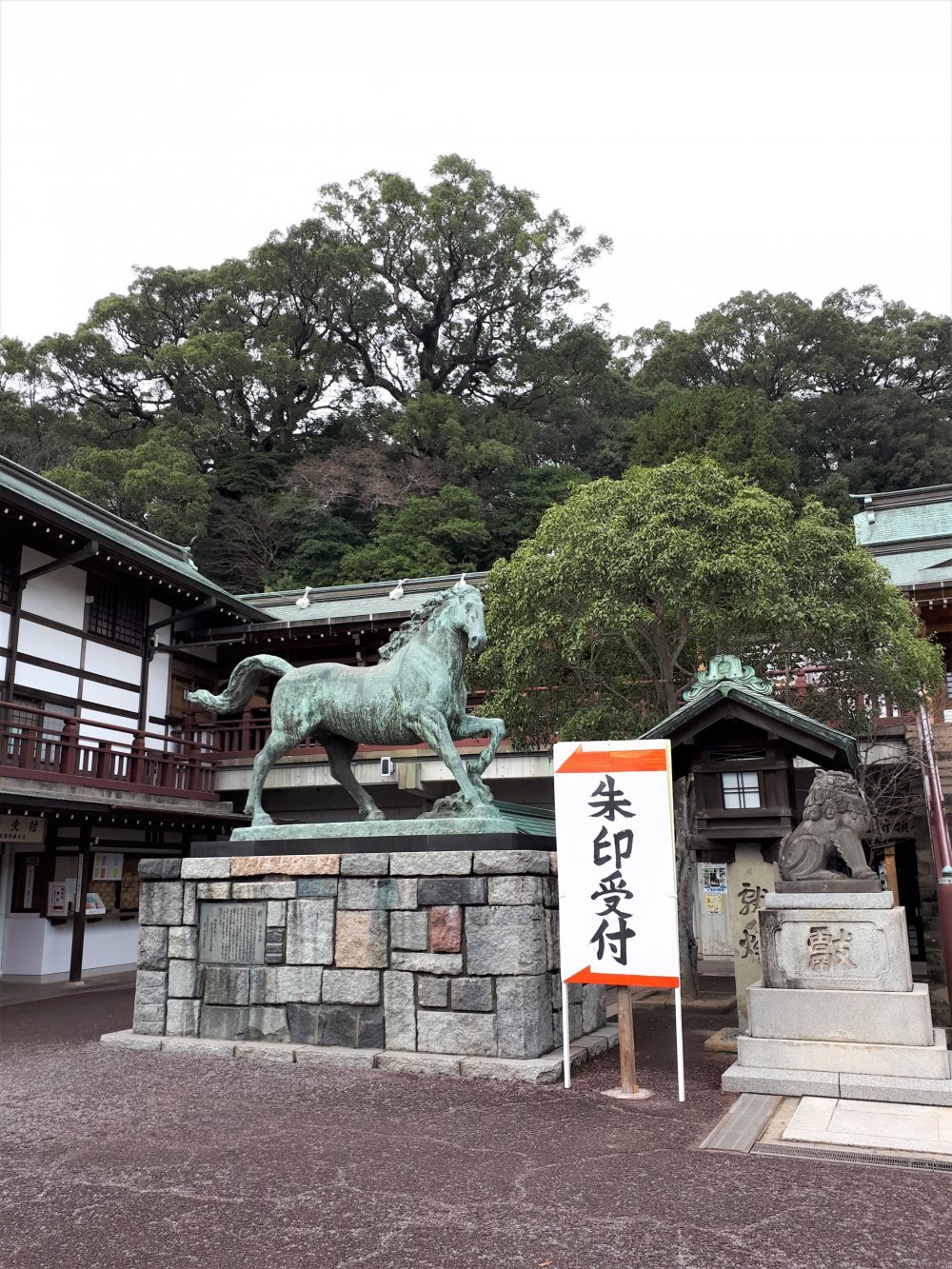 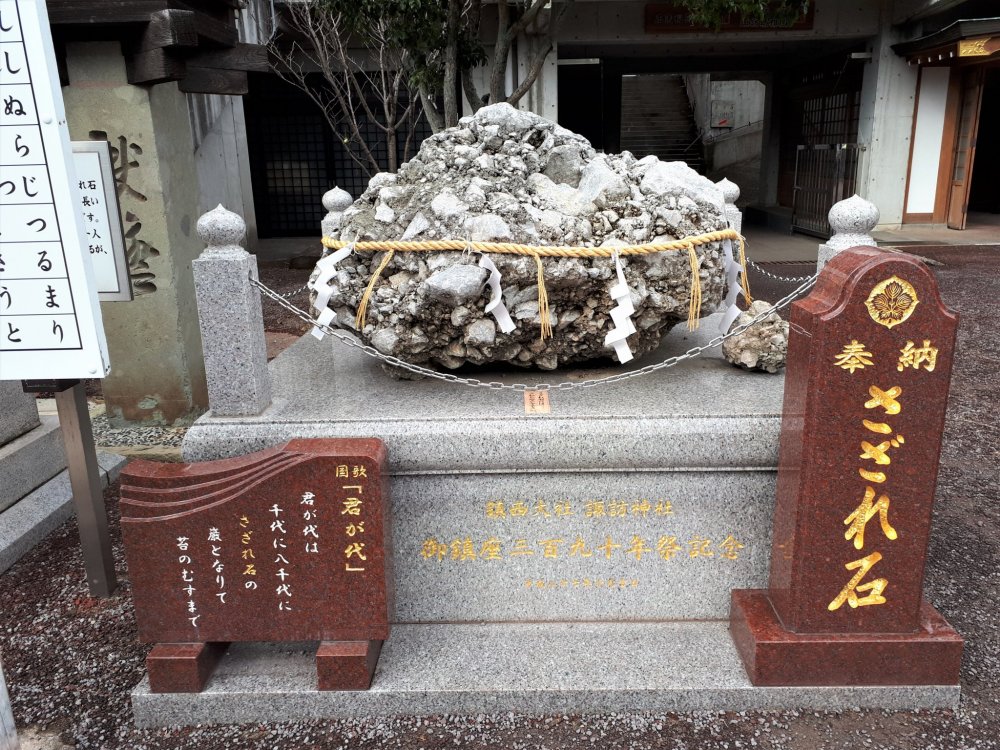 A Sazare Stone, made up of many pieces, mentioned in Japan's national anthem. 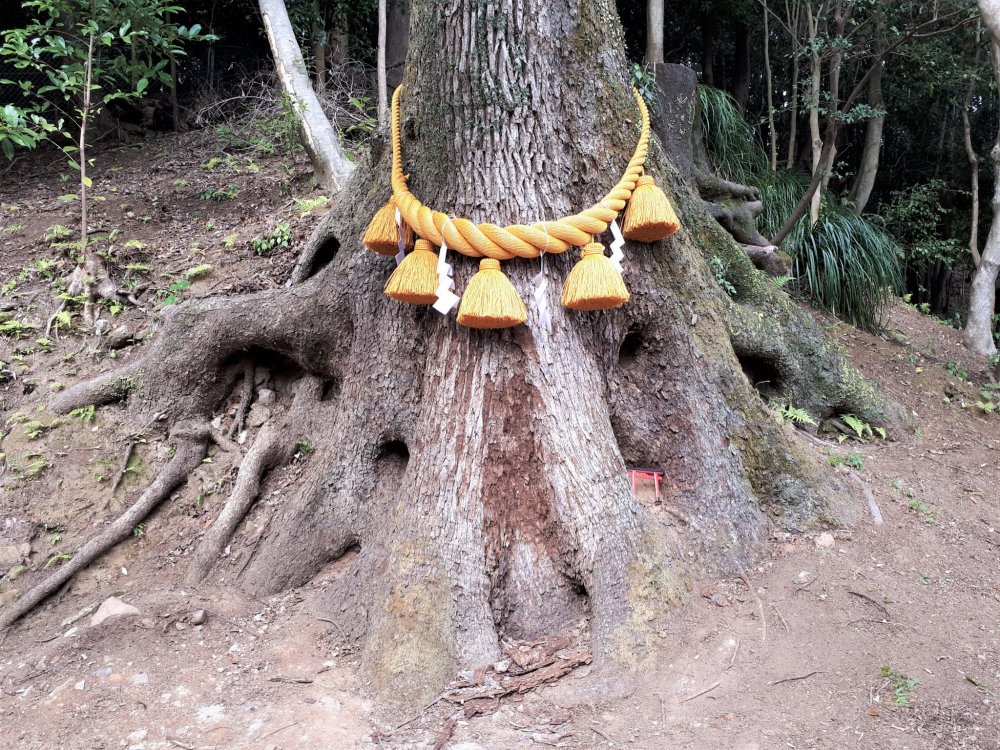 Shimenawa rope decorated with shide paper streamers, on a sacred tree off behind the main shrine complex. The shimenawa identifies its tree as sacred and the home of a kami. 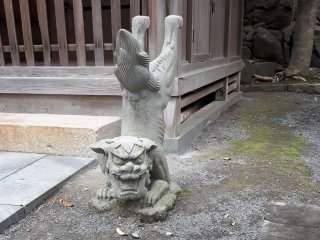 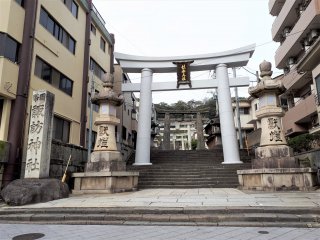 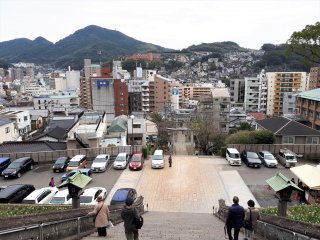 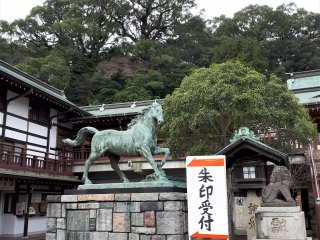 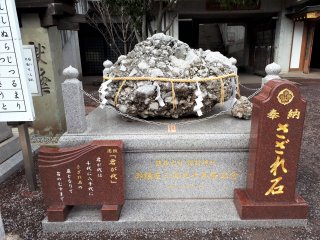 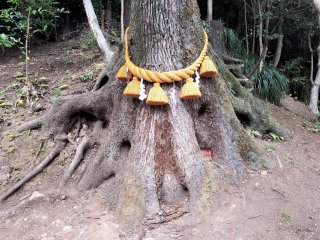 With its 277 stone steps and 400 years, Suwa Shrine is Nagasaki's major Shinto Shrine, and a centre of the local community.

Famous for its annual Kunchi festival in October, the shrine was built in the 1600s as a bulwark against the Christianity that had been spreading in Nagasaki at the time. On the receiving end of the religious fervor that sometimes swept the city, Suwa Shrine has officially been at the forefront of Japanese spiritual pride.

However, like most shrines in Japan, it is often the details and aesthetics of the shrine complex - its structures and monuments - that draw attention and admiration. Suwa Shrine is no exception.

Complete with a magnificent location above the city, stone torii gates marking the entrance to the sacred space, as well as spiritually and culturally charged monuments, Suwa Shrine offers much for the curious visitor. Like all shrines in Japan, do keep in mind that Suwa Shrine is considered a sacred place and a sense of propriety goes a long way in enjoying the shrine.

Take the tram to Suwajinja-mae Station. Pretty straightforward, though do note the 277 steps it takes to reach the top...