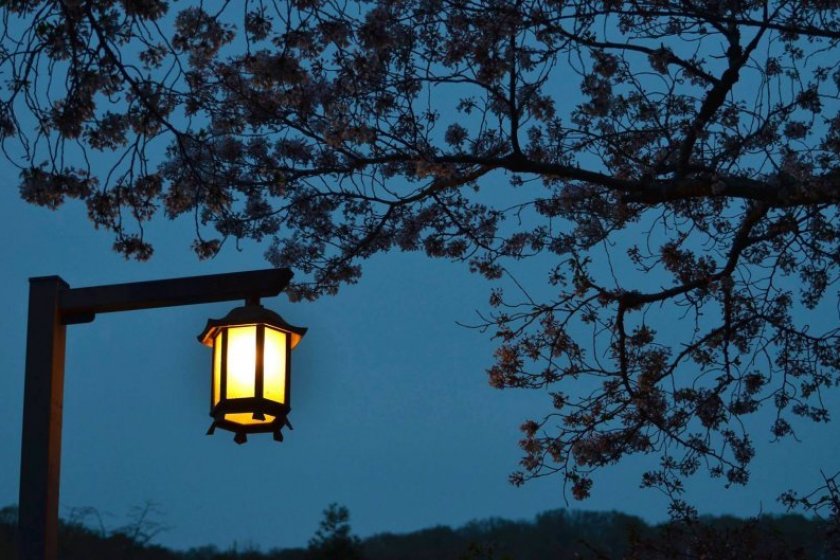 A Rabbit’s Wisdom in Nara

The spirits tell Satoshi to pay attention to Rabbit years

Satoshi looked up the mountain path.

Mount Miwa, the most sacred mountain in Japan and keeper of the nation’s ancient spiritual heritage, loomed above him. He surveyed his surroundings and then returned his attention to the trail. He found it interesting that this tiny mountain, only 467 meters tall, was Japan’s most sacred. It was so small!

He did not think that climbing the mountain would be difficult. However, as he stood at the start of the trailhead with the shimenawa sacred rope hanging above him, he started to doubt his optimistic thoughts. He couldn’t quite put his finger on it, but he had a feeling that the journey before him would be a difficult one.

The taxing climb would certainly not be a result of the mountain's height because, although he wasn't particularly tall himself, grandmothers had climbed it. Perhaps the difficulty would be due to the few steep slopes he’d heard about? Again, grandmothers had climbed it, so, no, that would not be the reason either. Earlier, the monks had suggested going barefoot so maybe the challenge would lie there. “Feel the earth,” they had said. “Feel its strength.” That was interesting. Mountains were strong and this mountain had inspired others for millenia. Obviously this little mountain was strong enough to mean something. Satoshi wondered if he, like this little mountain, could mean something too.

Worshippers believed that the mountain itself was the deity of Omiwa Shrine and that Omononushi, one of Japan’s original Shinto deities, was enshrined in it. Reasoning that the earth had existed long before humans ever did, the idea that not every shrine was a building was not a new concept to Satoshi. Trees were wrapped in sacred ropes, so too were special rocks and stones. Why, even sumo grand champion Chiyonofuji from Hokkaido wore a shimenawa. The sumo wrestler must be a shrine too, and he definitely wasn’t a building. He was probably as strong as one Satoshi mused, even though he wasn’t the largest wrestler. Even small guys could be grand champions. Considering this thought in front of the trailhead of this little mountain made Satsohi chuckle inside. Yes, even short guys could be something.

When they first arrived at Omiwa Shrine, one of the first things Satoshi noticed was the bronze rabbit statue. He barely offered it a passing glance, but when his mother gasped loudly and brought her hands to her mouth, he regarded the statue again with more curiosity. The dark, sleek rabbit statue shined with what looked like a glossy finish. He cocked his head to the side. It looked like a normal statue to him. Then, Satoshi gasped too, more so out of embarrassment than excitement. Of course! He was born in the year of the rabbit.

When Toshiko asked the monks about the statue, they told her that it was called a nade usagi and you were supposed to rub it for good luck. They added that one of the shrine’s first festivals was held some two thousand years ago on the day of the rabbit and since that moment, the relationship between the shrine and the sign of the rabbit had become a deep one.

Upon hearing this history, Toshiko’s gasp turned into a bright beam of joy. Another message from the gods! She looked at Satoshi, feeling her pride in him swell.

“You see, Satoshi! The rabbit! You’re connected!” His mother exclaimed in adoration.

Satoshi was a little embarrassed, but he was actually thinking about the statue itself. Two thousand years was a long time, of course, but what caught his attention was the statue’s history. During WWII, when the government ordered all sources of iron to be handed over for the war effort, this rabbit–this bronze rabbit–survived. It had survived, Satoshi realized, because it was different.

Back on the mountain, Toshiko stood to the side of the path, gathering her own thoughts as she prepared to climb with her son. Eager to find spiritual support for him, she decided that trekking up the sacred mountain would do wonders. As their pilgrimage continued, Toshiko sensed that Satoshi was starting to not only accept, but embrace the spiritual intervention.

Reaching the mountain was simple–an easy five-minute stroll from nearby Miwa Station to Sai Shrine. Once they were close to the main Omiwa Shrine at the mountain’s base, the monks gave Toshiko and Satoshi special permission to ascend the mountain. While some visitors needed to be reminded of the area’s sacredness, Satoshi immediately recognized its holiness. Like the others who were climbing, he and his mother wore white tatsuki sashs, confirming their status as pilgrims. His mother glanced at him. It was almost time.

Earlier, the monks had reminded them just how important the next couple of hours would be. This was a pilgrimage, not a hike and there were some rules they had to follow. There was to be no eating or drinking of beverages other than water. Pilgrims couldn’t take photographs either. This was a holy site, they admonished. Listening to them, Satoshi wondered whether it was the monks who made the mountain sacred or whether it was the mountain itself. If it was the mountain, did that mean that Omononushi, one of Japan’s original Shinto divinities, the guardian of human life, and the enshrined deity of the mountain, would be watching him? Although Satoshi couldn’t confirm that Omononushi was watching him, he guessed that if he paid close attention during the walk, he would find out.

Finally, with the white sash wrapped around him and his feet bare to the earth, surrounded by the deity who deserved his own mountain as a shrine, Satoshi stepped onto the path of Mount Miwa. And, as he did so, his first thought was, “Still, looks pretty small to me.”

An hour later, Satoshi was internally cursing his naive thought. His feet were covered in dust and dirt. Despite the moderate temperatures, sweat trickled down the back of his neck. Mount Miwa wasn’t difficult, but it wasn’t easy either. He wasn’t intentionally being disrespectful when he jabbed at the mountain’s small size. He learned his lesson though. First impressions were not always true.

As typical with all their mountain pilgrimages, Toshiko led the way. He looked up through heavy breaths, and saw his mother urging him on. She had not been deceived by Mount Miwa’s size.

Satoshi was not sure if she was trying to help, but that declaration didn’t make him feel better. However, instead of annoyance, he felt admiration for his mother’s spiritual vitality. Again, her roots in the Shugendo and Shinto faiths seemed to supply her with an endless amount of energy. He appreciated that energy. She always kept going. Sure, she was kind of dragging him along this Japan pilgrimage, but, in a strange way, he realized that he loved her for her faith and resilience. Like the mountain, she was always there.

As this thought brought a smile to his face, a small rabbit bounded across the path in front of him. Satoshi blinked and froze. The rabbit halted, sat directly in the middle of the path, and stared at him. Satoshi stopped breathing for fear that he would scare it away. For a long time, the two stared at each other. Then, just as Satoshi thought to say something, it leapt off the path and disappeared into the bushes. The leaves rustled slightly, and then went silent. There was nothing, no sign that the rabbit had ever been there. All evidence of the event was gone. Did it even happen? He looked up at his mother and saw her already staring at him with lovingly proud eyes. She had seen everything. She nodded at him and smiled. Satoshi released the breath he had forgotten he was holding and grinned back. It did happen. He remembered.

Toshiko and Satoshi shared a knowing look. With his whispers through a rabbit, they both knew that Omononushi had smiled too. Big things in small packages, Satoshi thought. Rabbits were important, and this mountain was important. Perhaps he was important too. Satoshi kept going. 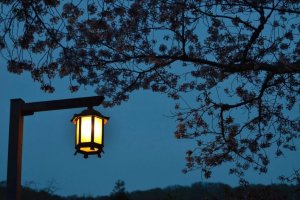 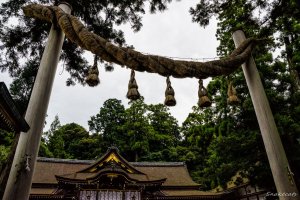 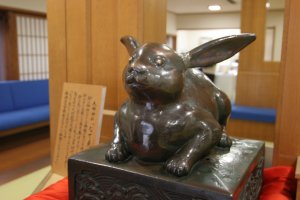 Sleiman Azizi 6 days ago
Nara has sooo much history it boggles the mind.
Reply Show all 0 replies
1 comment in total