A sound of awe burst unbidden from the mouths of several members of the group and cameras were raised to capture shots of the forest reflected in the waters of the pond we’d just come across.

“That sign said, ‘Jigokudani,’” [hell valley] “are there hot springs or mud pits around here that we haven’t seen yet?” An Australian member of the group asked the guide.

“Up until the Meiji period, this is where the bodies of dead poor and sick people were bought and dumped. That’s why it was called a hell valley,” the guide replied. “In the Meiji period Japan started to modernize and the practice of mass graves was understood to be a dangerous health hazard. This area was turned into a pond for irrigation, to stop the spread of diseases and to make the area beautiful but the Hell Valley name stayed.”

“Well what a beautiful hell.”

Hiking in the Kasugayama Primeval Forest

Nara Park is backed by the grassy slopes of Wakakusayama and the peak of Kasugayama Mountain and a continuing stretch of low hills and mountains. It’s little surprise that there are hiking trails to be explored on those mountains. I was made aware of the existence of one of the trails when the staff of the Kasuga Tsunagu-kai (Connect Kasugayama Primeval Forest to the Future) invited me to go on one of their free tours.

I met the guides a small group of participants at the NARA Visitor Center & Inn, the new Nara Prefecture run visitor center on the south bank of the Sarusawa Pond, the guides briefed us on the the route (an ~8km loop from the Visitor Center, up Kasuga Shrine’s Omote Sando path and then up the historic Yagyu Kaido into the primeval forest and back), and then those that needed food and water bought it from the Visitor Center’s convenience store and we started walking. The guides led us up to and through the grounds of Kasuga Shrine and into a neighborhood I didn’t know existed. The presence of the trees and woods of the Kasuga Mountain right next to the homes made me think of Calvin and Hobbes comics and all the adventures they had in the woods behind their house. A short walk up a narrow street brought us to the start of the stone paved Yagyu Kaido or Taki no Saka Michi.

“This trail’s proper name is Yagyu Kaido or Yagyu Road but it’s also called Takisaka no Michi because when it rains the road is like a waterfall,” our guide informed us. “’Taki’ means waterfall, ‘saka’ means slope and 'michi' is road.” The trail was constructed during samurai times and connects Kasuaga Shrine and Nara City with the sword making village of Yagyu in the east of the prefecture. Walking the path many samurai walked to procure and service their swords was quite cool and added greatly to the enjoyment of the experience of hiking up a stream valley in a Japanese forest. Water babbled, rushed and cascaded creating a relaxing soundscape and the shade of the trees kept the warm sun of early November at bay. Buddha statues carved from boulders along the path, giant oak and cedar trees, the aforementioned pond in the “hell valley” and glorious patches of autumn color provided numerous opportunities for photos. There were even picnic tables, benches, gazebos and benches along the way to give hikers a rest, places to eat lunch or have a short nap in the sun.

After eating lunch and having a short rest in the sun at the hell valley pond, the guides led us up to a cave with more Buddha carvings and then to a dirt road (used by sightseeing buses during the Showa period) and took us back down to Kasuga Shrine and the Visitor Center. A total distance of about 8kms.

The Yagyu Kaido is about 19km in length and has many more sites to see than the ones this tour showed, and there are other hiking trails up Kasuga Mountain and its neighbors. They are extremely accessible, not exceedingly difficult and still provide a satisfying dose of being outdoors and in the mountains.

From JR or Kintetsu Nara Stations head toward Kasuga Shrine. Pass through the Ichi no Tori shrine gate and past the Tobihino Open Space and the Kasuga Botanic Gardens to just outside the entrance to the main shrine area. Just before the stairs there is a trail on the right. Follow it out to where it meets a road in the eastern part of the Takahatake-cho neighborhood and turn right. At the end of the road is the entrance to the now defunct sightseeing bus road. That will take you up into the Kasugayama Primeval Forest and is a great hike in and of itself. To get to the Yagyu Kaido turn right at the entrance to the dirt road, turn left at the next street and then follow it up the hill until it runs into the forest. That is the start of the Yagyu Kaido. 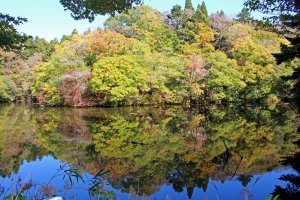 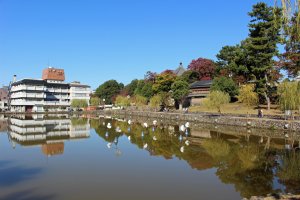 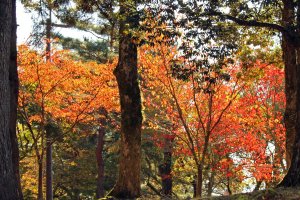 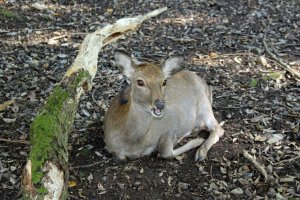 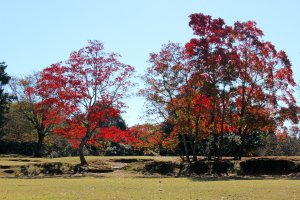 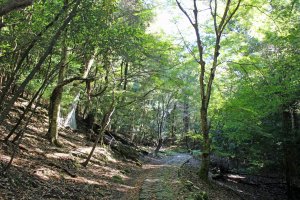