A city rich in history and tradition, Nara today remains a testament to its former glory as a previous Capital and cultural center of of Japan. Nature is equally precious in the city where trees and gardens are treated higher than man-made structures and men and deer coexist in perfect harmony.

The 660 acres that make up Nara Park are interesting in that they are filled with a large population of deer. The deer have been respected in Nara for centuries and have become quite domesticated. Tourists enjoy feeding, petting and taking pictures with deer on their way in between historical sites. There are also two times a day when a horn is sounded and the deer gather in a single location for feeding.

The park itself contains several world famous shrines and temples. During its time as the ancient capital of Japan (710-784), Nara built many temples and structures, many of which have been preserved remarkably and remain fully intact today. Among them, the illustrious Tōdai-ji and its large bronze Buddha stands strong. Over 15 meters in height and weighing more than 380 tons, this Daibutsu is the largest bronze statue of Buddha in the world. It was built on the orders of Emperor Shômu in 8th century for "the happiness of the people."

The Tōdai-ji actually refers to a complex of temples among which the hall of the Buddha, Daibutsu-den, is the most popular. The Nigatsu-do is a nearby observation platform that allows visitors to climb up and gain a superb view of the city.

Further south, the Kasuga Taisha Shrine and its primitive forests have protected the ancient capital since 768. Composed of several buildings, the sanctuary stands out in the landscape by its flamboyant red color. More than 3,000 lanterns add to the beauty of the place. During Setsubun (February 2nd–4th) and Obon Mantoro (August 14th–15th), the lanterns light up in unison for a truly beautiful experience. For an overview of the unique atmosphere of this festival there is a room with rows of lighted lanterns open year round.

Outside the park, Nara is filled with additional historical sites that should not be missed. The temple of medicine, Yakushi-ji, is a perfect example. Erected in 680 in Asuka, the previous capital of Japan, this ancient temple was contsructed by order of the Emperor Tenmu for the healing of the Empress. When Nara city became the capital later on, the temple was relocated from Asuka and moved to Nara. It features several healer Buddhas which symbolize the countries crossed by the Silk Road. A beautiful collection of plum trees nearby also attracts many visitors when spring comes.

Another famous landmark is the Toshodai-ji, founded by a Chinese monk for teaching Buddhism. This site is one of the earliest structures built for Buddhism in Japan. All of these sites are on the list of "Historic Monuments of Ancient Nara" registered as Unesco World Heritage Sites in 1998.

Visiting Nara is also an opportunity to discover new flavors. Do not miss the local specialties such as kaki no ha zushi, salmon sushi wrapped in persimmon leaves, or the cha-gayu, a subtle mixture of rice and green tea.

Nara's face changes over the seasons and even hours of the day. It is worth viewing Nara early in the morning for the chance to attend the morning prayers of the monks at Kasagu Taisha. Spring and fall bring beautiful colors to the trees and summer time is filled with beautiful greens. Nara is a wonderful destination with a great mix of history and nature that should be explored by anyone visiting the Kansai area of Japan. 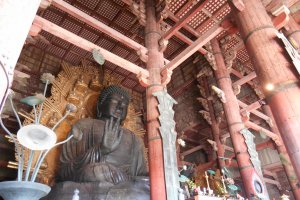 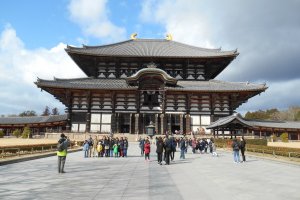 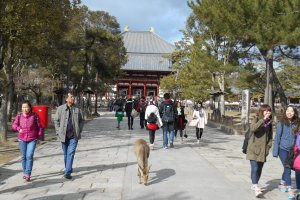 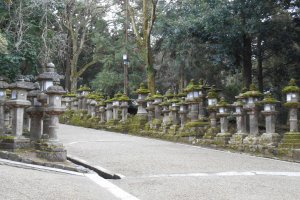 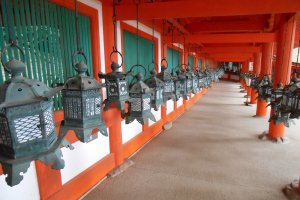 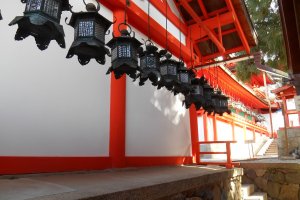 Thang Nguyen 5 years ago
Nara with a great history is really a perfect place to travel when you have an opportunity to arrive in Japan and I also want to take it as soon as possible.
Reply Show all 0 replies

Justin Velgus 5 years ago
I really like Nara. Visiting Kyoto and Nara may seem like a little history overload for the first time traveler, but with fewer tourists and very unique sites, I would try to fit it in. And the deer of course are great!
Reply Show all 0 replies

Jacopo Rosamilia 5 years ago
I just visited Nara few days ago and I was fascinated by the Daibutsu and by the majestic Todai-ji. A day drip well worth!
Reply Show all 0 replies

Mithun Divakaran 5 years ago
I just wished I had more time to spend in Kyoto to get out and enjoy a day in Nara.
Reply Show all 0 replies
10 comments in total