Kinpu Shrine and the Hideout Pagoda

Mystery and romance of a real samurai legend

I stumbled over the words of the Shugendo prayer chant as I walked around the Kakure-to Pagoda’s inner perimeter feeling my way along in the pitch dark.

“You’ve completed the 3 circuits and recitations,” came the voice of the monk leading the chant out of the darkness. “Do you feel yourself to be cleansed of the bad spirits and able to return to the world free of their influence?” I wasn’t sure that I was having not quite learned the words of the chant completely but the other members of my group asserted that they were. “Good,” said the monk again. He struck an unseen bell which rang surprisingly loud in the dark and enclosed space of the Kakure-to Pagoda. It startled the heck out of me and left me in no doubts that any of these so-called “bad spirits” had made themselves scarce.

Across from the Okusenbon Bus Stop near the very top of Yoshino Mountain is Kinpu Jinja, the Shrine of Golden Peaks. It only has 3 buildings that I saw, but for such a small shrine it has an interesting story to tell. The beginning of that story is actually lost to history as the shrine’s date of founding is unclear (it’s recorded as being sometime during the 10th century). The shrine is dedicated to Mt. Yoshino and its cherry blossoms and the deity enshrined within is believed to guard gold mines and insure the safety of the miners. It has long been an important stop for practitioners of Shugendo Mountain Asceticism to receive training and prayers before beginning long pilgrimages, and those services are still offered today. For a small fee anyone can participate in a cleansing ceremony inside the Kakure-to Pagoda. The ceremony is only carried out in Japanese so bring a Japanese speaking friend or practice! Practice! Practice! It’s a unique experience and was more so for me because I know of no other pagoda that visitors can go inside.

The Kakure-to Pagoda is also where Kinpu Shrine gets its most interesting story. The name “Kakure” means “to hide” or “hide out” because the Kakure-to did become a hideout for one of Japan’s most romantic and popular historical figures. According to legend, the 12th century Samurai Minamoto no Yoshitsune came to Yoshino to avoid arrest and execution by the orders of his older brother, Minamoto no Yoritomo, an increasingly jealous and violent warlord. He also came to Yoshino to be with the woman he loved but was forced to part with her (near Kinpusenji Temple) because of the arrival of soldiers sent by his older brother. After saying good bye to his great love, Yoshitsune laid low in the Kakure-to until his brother’s soldiers moved on and then he fled to Tohoku. Legends say that he was forced to commit seppuku in what is present-day Aomori Prefecture. Legends also say that he didn’t actually commit seppuku but escaped to Hokkaido. Whatever the truth the story continues and has grown greater with nearly a millennia worth of re-tellings and embellishments. It adds great mystery and romance and interest to any trip to Yoshino. Ready to lay the ground work for your own samurai legend? Happy travels! 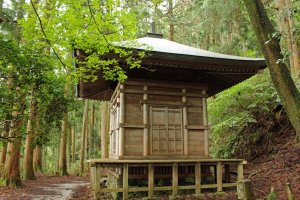 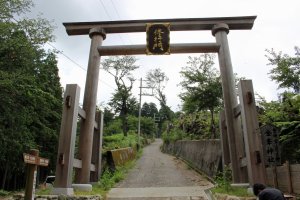 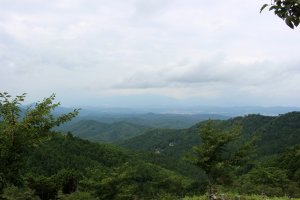 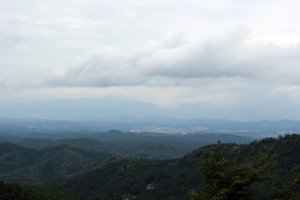 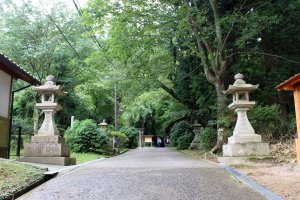 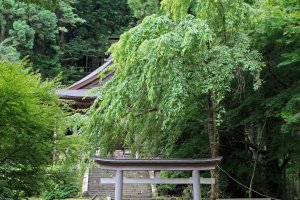