Ritual cleansing by water and the beginning of peace

Below the steep switchbacks ok Yoshino Mountain’s Okusenbon, right where the town begins again at Nakasenbon is the small Shugendo Temple of Sakuramotobo. It’s said that, 1350 years ago, before Emperor Temmu ascended the throne he came to Yoshino on a retreat. He was sleeping in the vicinity of Sakuramotobo’s present location when he had a dream about a sakura tree blooming in the winter. He became Emperor shortly after this vision and believed it to be the sign foretelling his ascension to the throne. He ordered the temple’s construction soon afterward.

The main item of worship is a sculpture of En no Gyoja, the founder of the Shugendo Practice. Practitioners of Shugendo believe that, to attain enlightenment one must train oneself and one’s body by walking and hiking in the mountains, overcoming the physical challenges this presents and tapping into the power of nature that is according to one of the monks at the temple, “Right in front of one’s eyes and yet invisible.” My main purpose of visiting Sakuramotobo wasn’t to see the sites though, I was there to partake in a Mizugyo Taiken, a ritual cleansing of the mind and body with water.

After being given a ceremonial white skirt I was led to a dressing room to change and instructed to meet the monk who would be conducting the ceremony in front of the waterfall fountain in the garden. Once there, the monk lit two candles and some incense on an altar before a statue of Fudomyo, the Buddhist Deity of discipline, and had me pray with him while he chanted. We did a similar prayer before he entered the fountain and showed me the correct way to do it, then it was my turn. I wet first my left knee, then my right, then my left shoulder, then the right shoulder and then entered the stream of the waterfall and turned around to face out as the monk began chanting. The water was colder than I expected and my breathing sped up. It was quite uncomfortable despite the summer heat and my immediate reaction was to quit and get out of the water. The monk was still at the beginning of the ritual chant and my guide was looking on with interest so I stuck with it. My quick breathing continued but it became deeper and more even, and after a time I was able to forget about the cold water and become aware of and start to enjoy things like the rise and fall of the pitch and timbre of the monk’s chanting, and the spray of individual drops of water off of my head. I don’t think I quite relaxed during the experience but I did calm down and come to a point of blank calm where all I thought about was what I saw and heard. I had just become aware of this state and started to study it mentally when the monk finished chanting and rang the bell signaling the end of the ceremony.

I confess myself to have always been skeptical of the idea of meditation and had refused to do it in the past when presented with other options (I really don’t like sitting still). The mizugyo taiken at Sakuramotobo showed me my mistake. I wonder if that blank thoughtless state is the beginning of the peace and enlightenment described by Buddhism. I’ll be looking for a future opportunity to try mizugyo (and hopefully a longer lasting ritual) another time to study that state further. Got your Zen on? Happy travels! 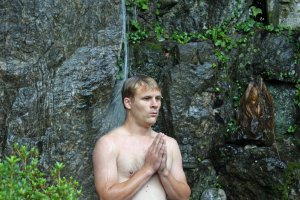 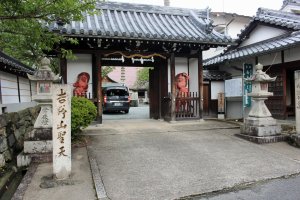 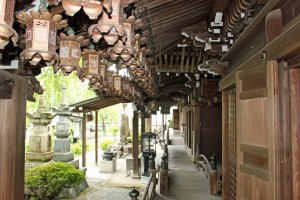 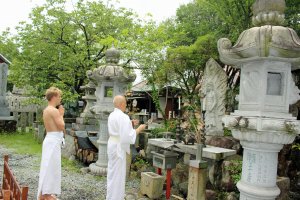 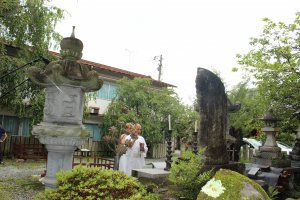 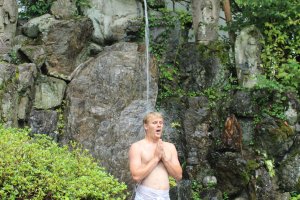 Jennifer Nakajima 4 years ago
I'd like to try this some time. But I guess this kind of ritual is expensive.
Reply Show all 0 replies

Relinda Puspita 5 years ago
Did you pay for that?
Reply Show all 1 replies

Bryan Baier Author 5 years ago
I did pay for that, Relinda :-)
Reply

Justin Velgus 5 years ago
This sounds like an amazing experience. So, will you go back and do it in winter?!
Reply Show all 1 replies

Bryan Baier Author 5 years ago
It was pretty interesting, Justin! I don't think I'll try it in the cold though
Reply
5 comments in total