Steam rose gently from my cup and the aroma of green tea filled my nose. The first sip sent the slightly bitter, heavy umami flavor of the Nara-grown green tea coursing over my tongue and the tea warmed me from the inside out.

“Do you taste the difference?” asked the farmer who had prepared the tea. “This is how green tea should taste. It must be prepared correctly.”

The balance of sunlight and foggy and moist conditions provided by the mountains and rivers in northern Nara Prefecture provides the perfect growing environment for green tea. Green tea cultivation spread to other areas of Japan from Nara but only tea grown in the original Yamato area has the unique original flavor (green teas from other areas like Shizuoka tend to be sweeter in flavor).

I lived my first three years in Japan in a green tea town in Shizuoka Prefecture and the farmers in that area taught me a few things about their green tea. I was curious about how Nara's Yamato green tea and its preparation would differ from Shizuoka green tea. After measuring out the appropriate amount of tea for the number of people one is serving (one spoon heaped high with green tea is enough for about 2 to 2.5 cups, use two generously overloaded spoons of loose leaf tea for a standard green tea pot), the farmer poured enough ambient temperature water into the pot to float all the tea in the pot.

Giving them up to an hour to open is also acceptable but a minimum of 3-10 minutes is necessary to give the best flavor. Once the leaves had unfurled to the farmer’s satisfaction she poured hot water into the pot, let the tea steep for three minutes and then poured it. Every single serving of tea had the same uniform color despite the order in which it was poured (in Shizuoka tea is poured in stages into each cup to prevent thinning of the tea in later servings), and I detected no difference in flavor between the first and last cups poured.

Getting there from Osaka

Getting there from Kyoto 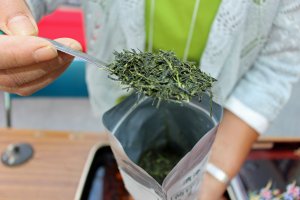 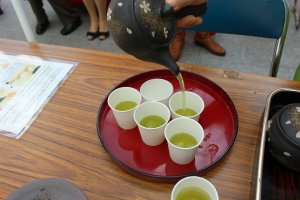 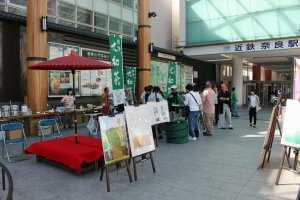 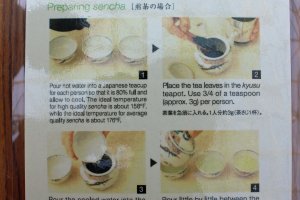 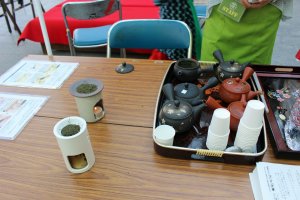 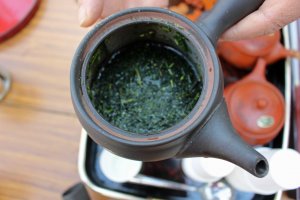 Saskia Gilmour 4 years ago
Wow - thanks for the insight Bryan! Looks like you'll be Yamato's next great tea connoisseur!
Reply Show all 0 replies
1 comment in total