And ice cream too?

Nara's God of Ice resides at Himuro Shrine. Who knew? I didn’t, so I was puzzled as to why there were three blocks of ice around the entrance, with big freezers by the sides. Some gods have a few dwelling places, some more than a few, but this god remains faithful to Himuro, making Himuro possibly one of a kind.

Himuro means literally Ice House. This is how the shrine started, as an ice house, dedicated to a deity, Himuro Myojin, in 710, and relocating to Nara in 1217. They offered ice every year in summer to the royals. Apparently ice was so precious you only knew about it if your blood was blue. This, I read, is why I’m offered a glass of ice water in a restaurant even in the cold of winter. It’s a sign of hospitality, from a time when it was a rare treat of great value.

The Shrine is small and very holy, because the god is curtained off with an icy warning "Be Quiet". They have a writing tablet for people to write on. It was well scribbled on.

Today the god guards whole sale ice makers, man made ice and refrigeration. He's also the god, then, of Japan’s favorite dessert, ice cream. Ice cream was brought into Yokohama in the 1800s by a Mr Fusazou Machida – he should be enshrined too!

Ice cream at that time, like ice, was a luxurious item, a symbol of civilization afforded by only the super-duper wealthy. A serving cost the equivalent of today’s ￥8,000. I wonder how Machida's shop survived. Things changed – luckily – when machinery enabled mass production after World War Two. I did read, though, that Meiji started full-scale ice-cream production in 1924.

Reports from the Japanese Ice Cream Association (yes, so much ice cream is eaten that there is such a thing) tells us ice cream makes people happy both summer or winter. Totally agreed. In 2016, retail stores sold near six liters of ice cream per person. Around 40% women buy ice cream on a daily basis – oops, found out!

What I’ve appreciated as an ice cream lover – and thus worshiper of the god of Ice - is the variety of price and type. Take the common ice cream cones. Pre-made ones can cost between ￥300 or ￥350. Fresh, real cream ones are about ￥500. There's a whole range of variety in between, but as contemporary tastes get more exotic, like gold foil covered ice cream, prices can now go well beyond that range. To look for affordable variety, try the konbinis. There are also vending machines.

In a way, Japan’s ice cream is so good because it comes from Japan being a dairy paradise, possessing the unbeatable combination of having cream and ice, which is ice cream. Himuro Shrine should have more people flocking there in sheer gratitude.

The bus stops will flash on a screen at the front of the bus. Ring the bell early, or else the bus will go past your stop. 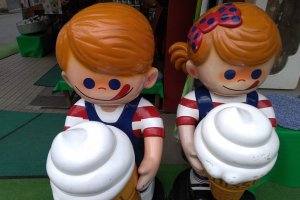 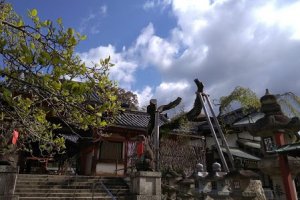 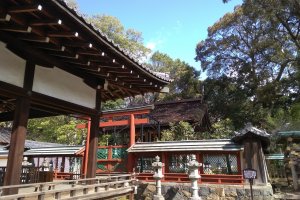 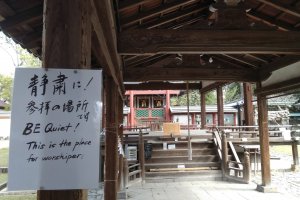 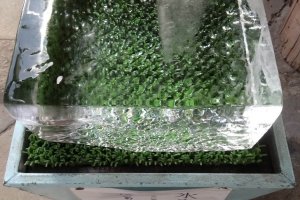 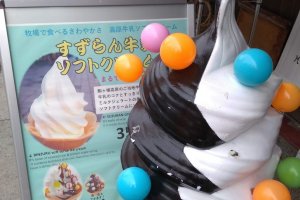