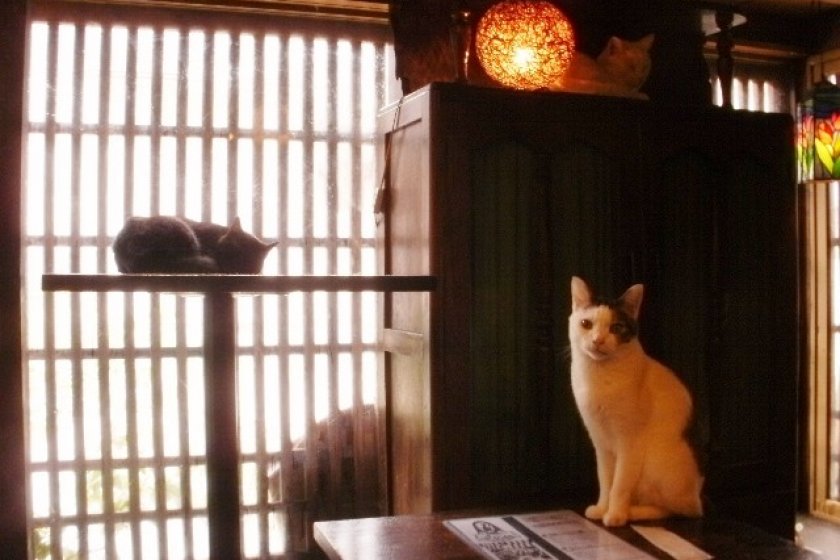 June is for cat lovers

Naramachi, a section of Japan’s first capital city of Nara, devotes the month of June to celebrating cats with the Nyaramachi Neko Art Festival. The district, located near Kintetsu Nara Station, was already well known for its traditional buildings in the style of the Edo period (1603 -1867) when photographer Mitsuaki Iwago published a book in 2000 featuring portraits of stray cats congregating in Naramachi’s alleys and shrines. Local residents have adopted, or found homes for, many of the strays in Naramachi, and paid for their spaying or neutering. Shops in the district sell clothing, bags, and jewelry decorated with images of cats.

All of these elements resulted in Naramachi gaining the nickname Nyaramachi, “nya” being one of many Japanese words for the sounds a cat makes. Since 2005, the Nyaramachi Neko Art festival has revitalized the area. More than forty local establishments indicate their participation in the festival with an orange banner and cutouts of enlarged cat photos. Galleries stage exhibitions of artworks and photographs of moggies, and restaurants serve special cat-shaped curry rice dishes and sweets. A pottery studio and an art school offer visitors the chance to make their own kitty-themed accessories or ceramic figures, while a beauty salon applies makeup to customers who would like to resemble a performer in the musical Cats (reservations needed). Artists stock capsule toy machines with handmade cat badges and necklaces.

Ailurophiles unable to visit Naramachi during June can still enjoy the company of felines there at any other time of year. Café Chaporo is presided over by President Kuro, a black cat, who has a good working relationship with Vice President Mugi, a brown rabbit. Customers of cat café Neko An can feed kitty snacks and ground catnip to the Japanese bobtails, American shorthairs, and other breeds employed there.

The pamphlets from the tourist office are entirely in Japanese, but even visitors who don’t understand the language can enjoy communicating with the cats. 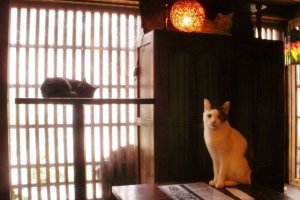 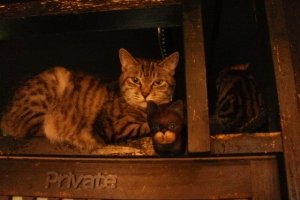 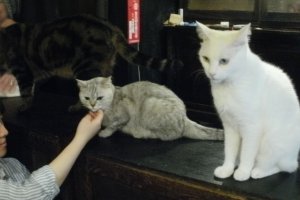 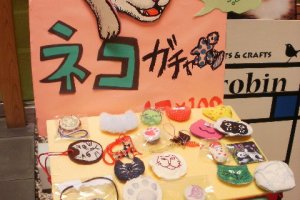 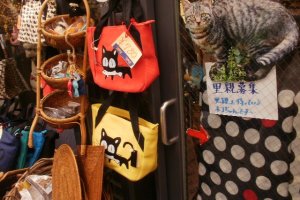 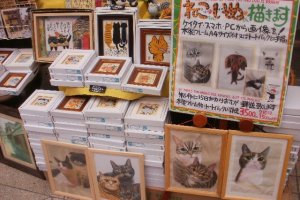 This event has been postponed. Dates will be announced when updated.

Kim 2 years ago
I know plenty of cat lovers who would adore this. Super cute!
Reply Show all 1 replies

Mary Kawai Author 2 years ago
Thank you for your comment. I've been going every year since 2015 and it keeps becoming cuter.
Reply

Mary Kawai Author 6 years ago
Thank you for your comment. When I first heard about this festival last year it had already ended, so I made sure to go this year.
Reply Show all 0 replies

Shaymaa Barakat 6 years ago
The cafe looks very interesting. As a cat person and someone who is interested in the Edo period, This is a great combination for me to see, I would definitely love to go.The handmade arts looks very nice too.Thank you very much for sharing.
Reply Show all 0 replies
4 comments in total