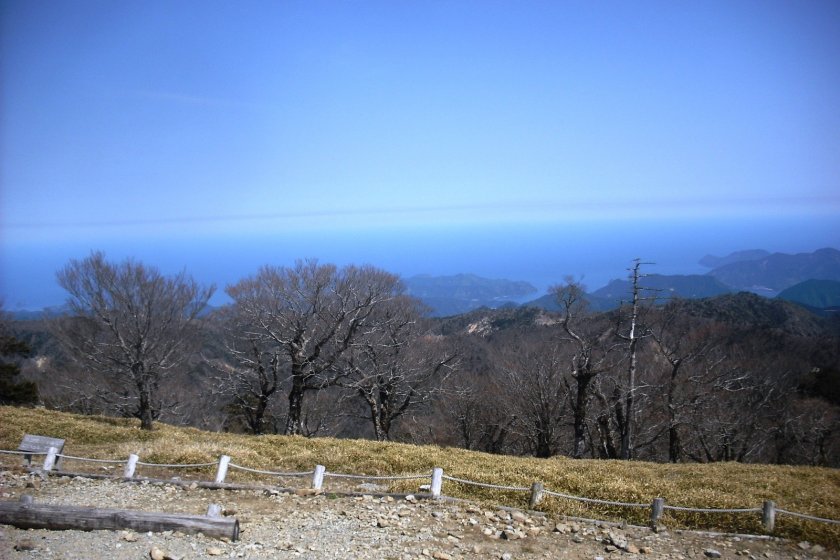 View of the Kumano Sea from Odai-ga-hara (Photo: Kenjiro Egashira)

Odai-ga-hara is a plateau-shaped mountain located on the border of Nara and Mie Prefectures. There you will find one of the most famous hiking routes in Japan.

Due to its high precipitation - 5,000 mm of rainfall a year - hikers can expect to see mossy forests. There is also beech forest and the best example of virgin forest that Japan has to offer. This is very different from the ubiquitous sugi (cedar) that can be seen all over Japan.

Because of its generally remote location the Odai-ga-hara-Osugi area has escaped much of the destruction seen in other parts of Japan. Limited logging and damming has taken place here so you can enjoy the area in its most natural and pristine state.

There are many wild animals, such as Japanese deer, wild boar and foxes, that can be seen there.

There are in fact two parts to the Odai-ga-hara hiking trail: "east" Odai and "west" Odai. Each trail extends for about 9 km. Access has been restricted on the western side in order to protect the natural resources in the area.

The Odai-ga-hara plateau extends 4 km from east to west and 2 to 3 km north to south. On a clear day it is possible to see the Kumano Nada (Kumano Sea) from the plateau.

It is a good idea to wear warm clothes as well as to bring a parka or a raincoat when visiting there, as the weather is very changeable.

Due to heavy rainfall and the heavy foot traffic from the large number of tourists visiting the area, erosion of the walking trails is always a problem. Hikers are advised to take extreme care when traversing the paths. Good footwear is a must. Common sense should prevail when walking along these mountain trails as help can be a long way away if disaster strikes.

Please note also that all warning signs are in Japanese.

At Odai-ga-hara there is a small research center as well as a lodge where it is possible to stay overnight.

This course takes about 4 hours to complete and it covers about 9 km.

To get to Odai-ga-hara requires you get to Yamato-kami-ichi Station on the Kintetsu Yoshino Line. From there it is a two hours bus ride to Odai-ga-hara. There are only two buses per day, so you need to get there early to meet up with the bus. Buses only run during the hiking season from April until November after which you need your own transport to reach the beginning of the trail. 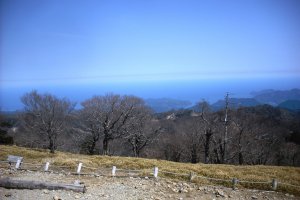 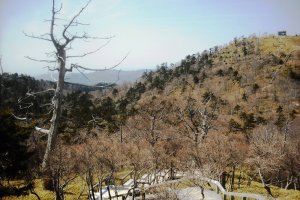 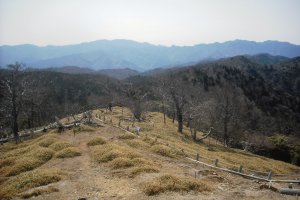