If you take a stroll through the nostalgic streets of old Nara (Naramachi), you will spot something curious. At almost every door hangs a garland of red fabric balls, five in a row. Are they tomatoes? Are they planets? In fact, they are monkeys!

These red cloth monkey dolls, or Migawari-zaru, are believed to be the divine messengers of Koshin-san, who is in turn believed to be in charge of life and death according to Koshin religion. Koshin itself originates from a mixture of Chinese Taoism and local Japanese beliefs and was a commonly spread folk religion during the Edo era (1603 - 1868 AD).

It is said that wearing a Migawari-zaru as a good luck charm will protect oneself against harm, as the talisman suffers illness and accidents in your place. Indeed the kanji, 身代わり猿, literally means “substitution monkey”. The practice of hanging them by doorways was traditionally a way of wish making; by writing your wish on their curled backs, it is in hopes that the monkeys would enact their messenger duties and transmit them to Koshin-san, thus enabling your wish to be granted.

You might wonder why the monkey out of all animals was chosen for a good luck charm.
It all comes down to the fact that the Japanese word for monkey (猿 saru), is a homonym for the Japanese word “to expel” (去る saru). Thus, in Japanese culture, monkeys are thought to dispel evil.

Old Nara, or Naramachi, is the old town district of Nara city. Many residential houses and machiya (traditional merchant houses) have been preserved until this day, while a plethora of coffee shops, craft stores, and restaurants have now opened in the charming alleyways. So, won’t you take a stroll in quaint Naramachi and pay your respects to the humorous Migawari-zaru? 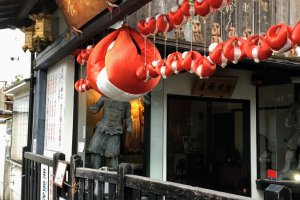 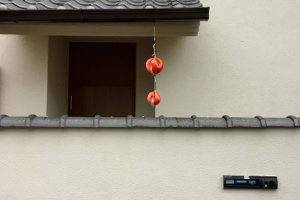 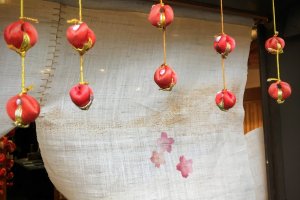