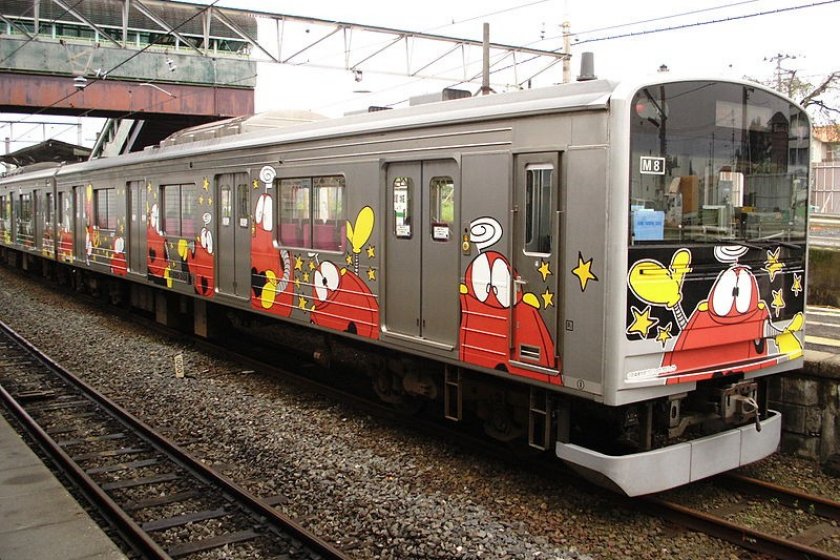 The manga themed trains will return to their home station after 4 years (Photo: Wikicommons)

After the 11 March 2011 Great East Japan Earthquake ravaged the Pacific coast of the Tohoku region, much of the city of Ishinomaki and its connecting train lines were left in ruins. After 4 years of repair work, service finally returns to the Senseki Line and Senseki-Tohoku Line on 30 May 2015. The reopening day is filled with events and activities including a music performance by the elementary school, an opening ceremony, a Rock-Paper-Scissors tournament, live music, and a cosplay picture taking event.

Most exciting is the return of the "manga trains" to their home station. While Ishinomaki is known for its seafood and some local attractions such as the reconstructed historical ship Sant Juan Bautista, the town is very much in love with Japanese comic books, or manga. The station and streets are decorated with characters from the comic books Kamen Rider and Cyborg009, originally created by Ishinomori Shotaro. A trip to the city's famous Mangattan Museum, a mega manga museum related to Shotaro's many creations, is a highlight of any visit. It was only natural this love of manga extended to the public transportation.

2006 and 2009 brought two manga trains to Ishinomaki. However, because the train lines were closed, the trains have been servicing only part of the train lines and have yet to return to their home station. The manga trains are not a limited time event, but a regular year-round train service. Much more than a fun side attraction, these trains are a symbol of progress and a return to some normalcy for locals which still are going through various stages of recovery.

The new train lines also mean a trip to Ishinomaki from Sendai is 10 minutes faster. The trip can be done, without the need to transfer, in just 52 minutes. 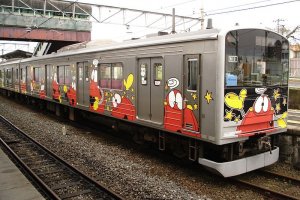 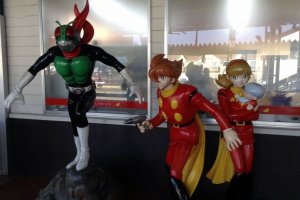 Olga 5 years ago
How cute!
Reply Show all 0 replies
1 comment in total