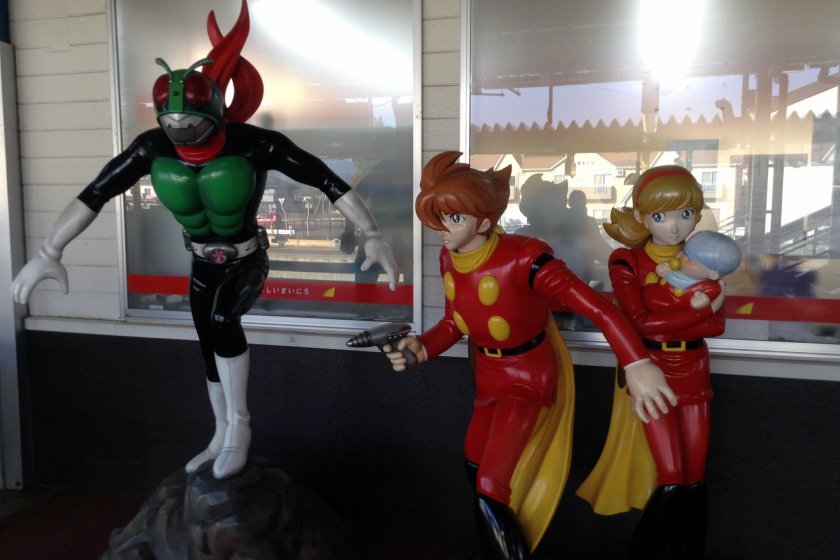 Celebrating the King of Manga and his creations

When you arrive at Ishinomaki you are greeted by some colorful characters. Head to the manga museum to find out their origins!

Japanese animation and comic books are icons of Japanese popular culture and have been praised as an easily accessed medium that is capable of introducing casual reading, fantastical literature, traditional ideals, and futuristic wonders. Perhaps no one knew this better than Ishinomori Shotaro: The King of Manga (The King of Comics). Sadly passing away at just 60 years old, he is the legendary creator of series such as Cyborg009 and Kamen Rider. He held multiple positions on manga oversight and appreciation organizations and is recognized by the Guinness World Records for most comics published by one author; it is a massive 770 titles, in 500 volumes, which is also being republished by Kadokawa Shoten Publishing Co. in a total of 128,000 pages! You can learn about his life and his life’s works at the Ishinomaki Mangattan Museum in Ishinomaki City, Miyagi Prefecture.

Before you even get close to the town’s manga museum, you can see how much the town loves its manga. Is it too much when trains are wrapped in character designs, figurines greet you from the station, sides of buildings, and up and down main street, and the three story museum itself is parked on prime real estate right on top of an island in the middle of a river? The town is historically a fishing village with some great sushi and other note-worthy attractions. Still, the museum demands the spotlight, but it does certainly put on quite a show.

Arriving at the museum you wonder what it is. A giant egg building or maybe more like a UFO? The word Mangattan is a play on words. It is a combination of the word manga (the Japanese word for comic book) and Manhattan, the New York mini metropolis that the building apparently resembles from above. Walking up to the entrance you can see various manga artists’ hand prints and even shake hands with a replica of Mr. Ishinomori’s hand. Inside you are greeted by staff wearing superhero outfits from the manga made anime Cyborg009. Pay your entrance fee and start heading up.

A long spiraling ramp leads you up to the second floor. On one side of the ascent, artwork depicts Ishinomori’s many works. On the left are glass windows giving you a view of the now increasingly beautiful landscape that was ravaged by a tsunami raging up the river just a few short years ago. The second floor is the exhibition hall where photos are not allowed. What is allowed and even is encouraged is for children of all ages to enjoy the creations of the King himself through viewing and interacting with the many exhibits.

The second floor has exhibits of nearly all of Ishinomori’s created manga and other projects. One room is filled with Kamen Rider live action helmets. Then around the corner is a Kamen Rider arcade game where for a small additional fee you could dodge bomb-throwing henchmen and race against the clock on a motorbike. Another manga Ishinomori was known for is Hotel. One exhibit features a hotel front desk manned by two hotel staff. And that appears to be it. A bell on the counter seems too tempting. Press it and the staff begin talking and welcoming you. All the exhibits are fun to view and more than a few are interactive in some way. There are many little treasures hiding around, such as a villain lurking above a doorway or a drill machine tunneling into the gift shop. It is very fun just walking around and looking at all the characters posing in the oddest of places. A separate room hosts rotating exhibits, usually incorporating original artwork from the King himself.

The third and final floor of the museum has a café and a library. The library is included with admission and has shelves upon shelves of comics for you to leisurely enjoy. Although everyone should be able to appreciate the visual appeal of the museum, as of now there are no comics, signs, or information in English (or any language besides Japanese). The front desk could provide you with a very basic English pamphlet but for the rest of the information you may just have to research or imagine. Every guest though regardless of age or nationality should be able to enjoy this museum in one way or another.

Due to tsunami and earthquake damage, there is currently no direct JR line to Ishinomaki. There are sporadic bus lines that gap the missing stations. Otherwise take a 90 minute highway bus from Sendai station. Alternatively, there is a long detour train route lasting a little less than two hours from Sendai. The museum is a 5 minute taxi ride or 15 minute walk from Ishinomaki station. Bicycles can also be rented outside the station. The JR line to Ishinomaki is scheduled to be up and running again between late 2014 and mid-2015. 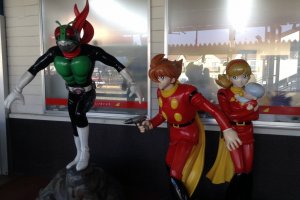 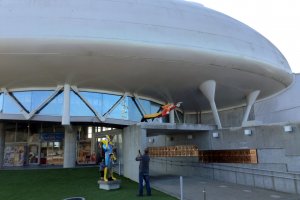 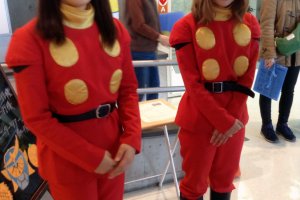 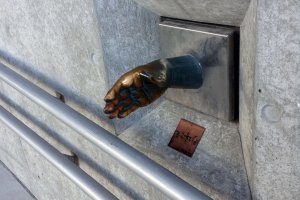 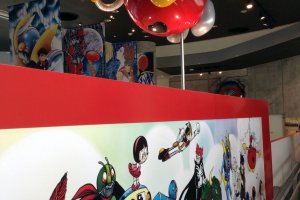 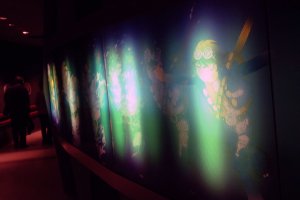