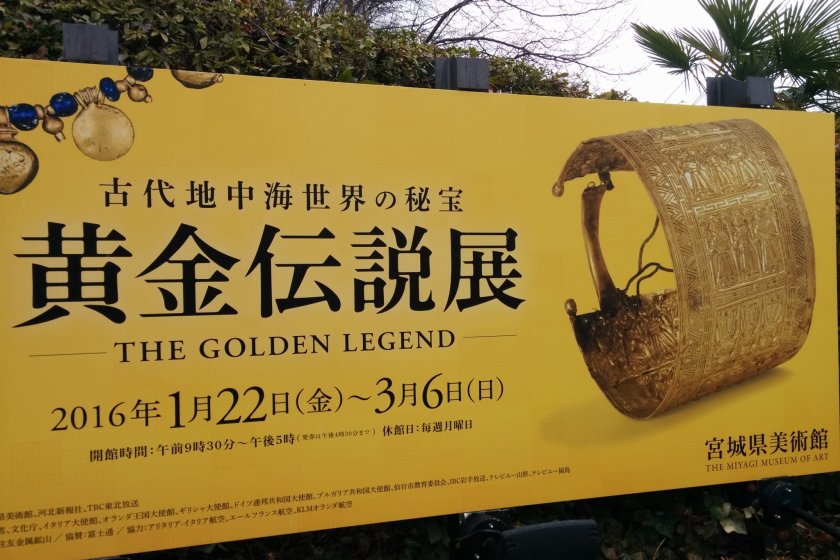 All that glitters is gold at the Miyagi Museum of Art

Just the right balance of rarity, softness to mold yet hardness to last, and that unmistakable shine. Humanity has been obsessed with gold throughout history and throughout civilizations. More than just a commodity, gold is a legend in itself. That is the theme of a new exhibit at the Miyagi Museum of Art. The "Golden Legend" introduces visitors to not only some of the world's oldest golden artifacts, but surely some of its most aesthetically spectacular. Highlights include amazingly detailed earrings and jewelry, relics from a tomb of an ancient king, and miniature figures of humans, animals, and deities.

The focus of the exhibition traces the origins of the golden civilization that flourished around the Mediterranean area – Greece, Thrace, Etruria and Rome. The world's oldest gold items date back to over 1,500 years ago from the Bulgarian city of Varna on the Black Sea coast, yet they have been restored to their original brilliant glory. Complementing the extensive special exhibit, which fills the top floor and two gallery rooms of the museum, are paintings and pottery retelling the mythological events of gold throughout history. Famous examples include Gustav Klimt's Life is a Struggle (Golden Rider) (1903) and Herbert James Draper's The Golden Fleece (ca.1904). 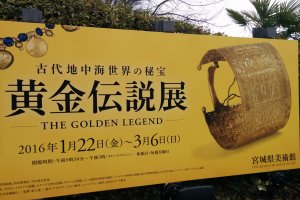 Param Pon 5 years ago
Super intrested! will check if i can manage!
Reply Show all 1 replies

Justin Velgus Author 5 years ago
Yes, it was really cool. There were 22 kilograms of gold buried with an ancient king on display!
Reply

Victoria Vlisides 5 years ago
Super interested in gold and this. :) Thanks
Reply Show all 1 replies

Justin Velgus Author 5 years ago
Yes, it is a real treat! My pleasure^^
Reply
4 comments in total